Baryonyx is a dinosaur which lived approximately 130 million years ago during the early Cretaceous Period. This carnivore was first discovered in 1983 by an amateur paleontologist named William Walker in the United Kingdom. At the time of its discovery, it was one of the first carnivorous dinosaurs to have been found in England.

Baryonyx was about 9 feet tall, 31 feet long and weighed approximately 2 tons. It also had 2 undersized arms, a small crest on its snout and a crocodile like jaw that had over 95 saw like teeth. It also had foot long claws on its hands. Paleontologists believe that all of these dinosaur’s adaptations were used to hunt fish, which is believed to be this dinosaur’s main diet. This has been verified with the fossilized fish remains that have been found in this dinosaur.

It is believed that Baryonyx hunted fish in the same way as modern grizzly bears do. Paleontologists believe that these dinosaurs would sweep their claws back and forth across a river to snatch fish from it in the same way the grizzly snatches salmon from rivers. 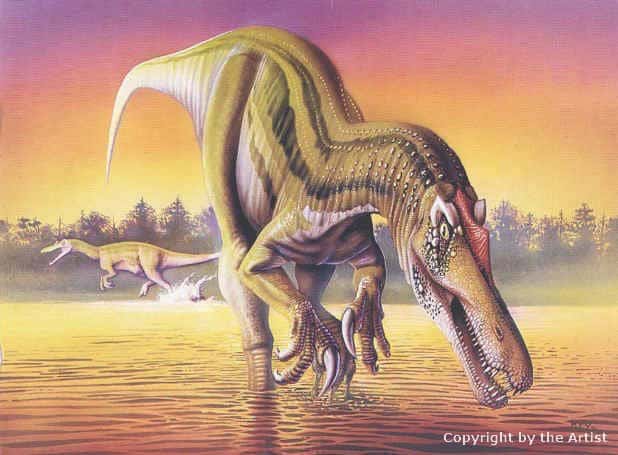 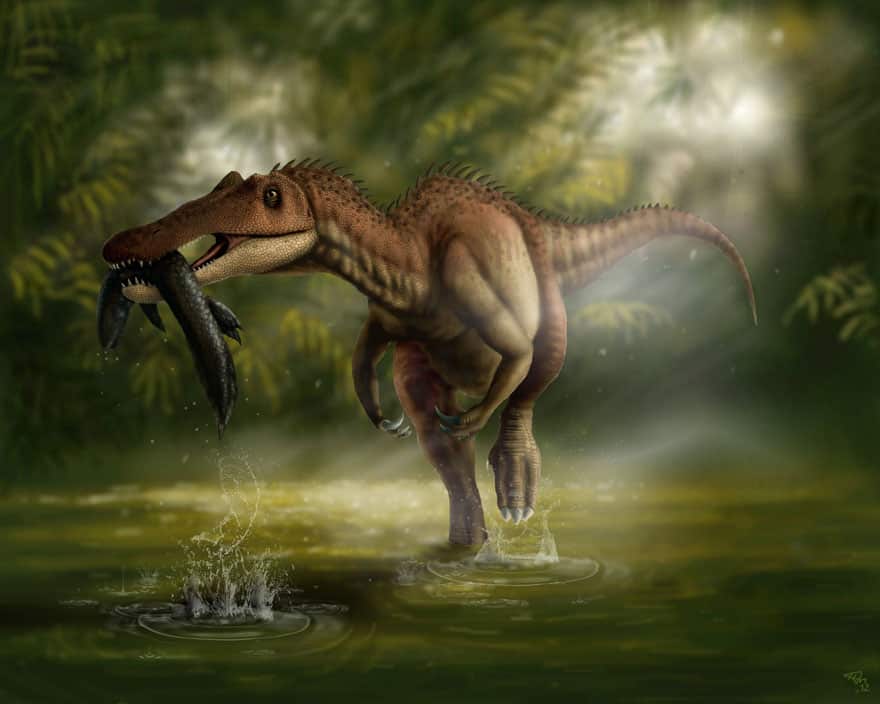 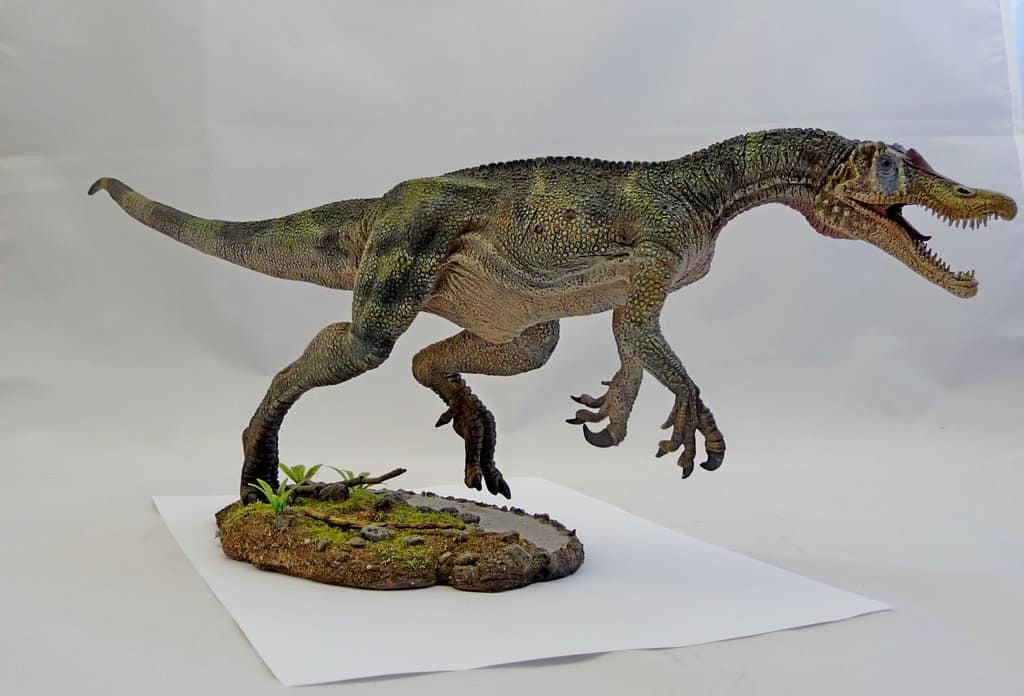 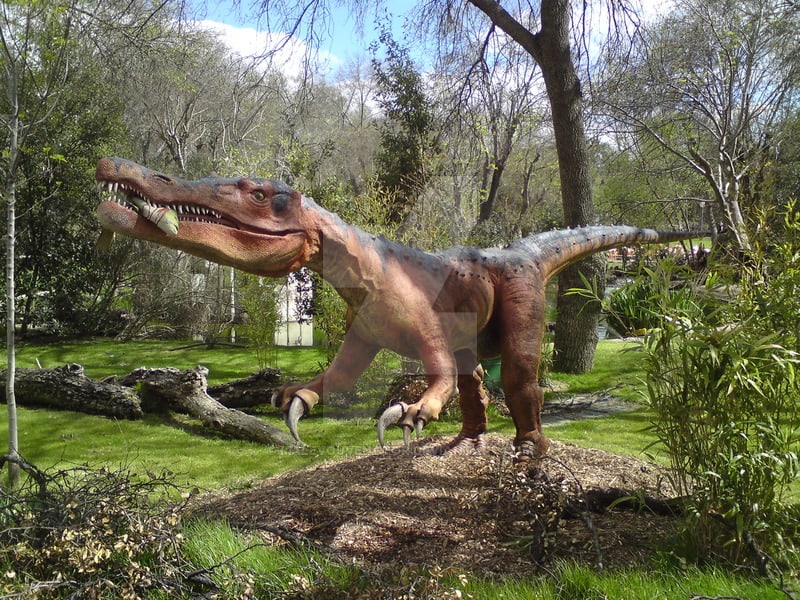 Baryonyx by MeLissa Yo 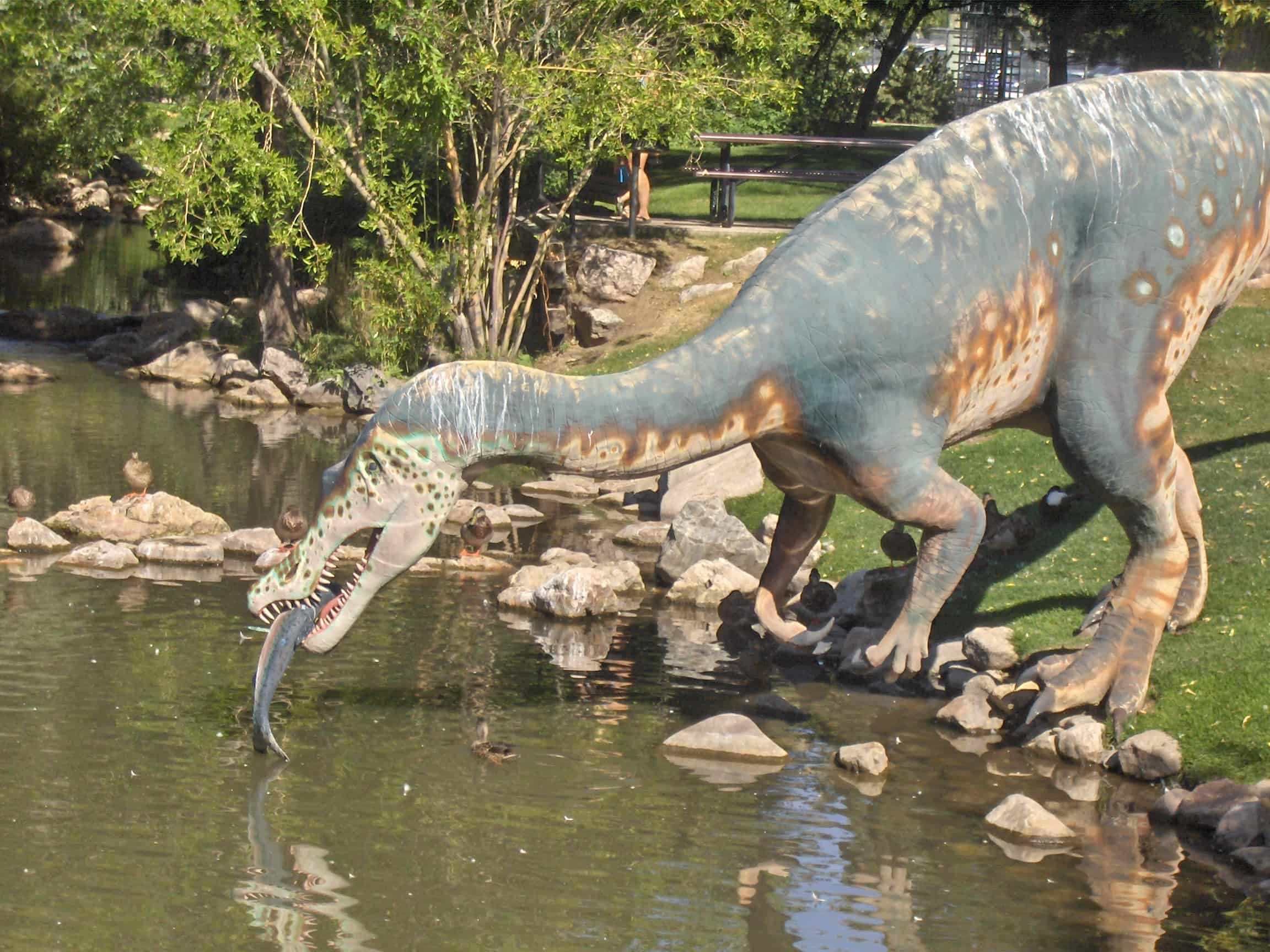 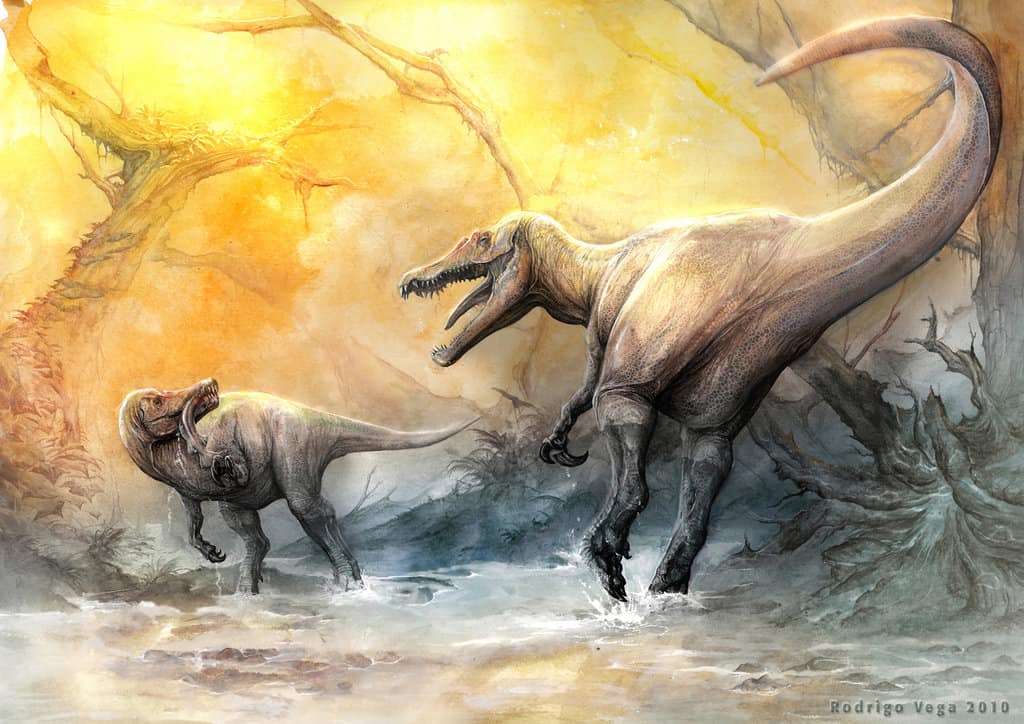