Brontotherium was a large rhino-like megafauna mammal which lived approximately 38 to 33 million years ago during the Late Eocene Period through the Early Oligocene Period in what is now known as North America. It is an animal that scientists have discovered over and over again. When it was first discovered, it was known as Megacerops. Then it was known as Brontops and then Titanops. Today, we know it as both Megacerops – which means “large horn face” and Brontotherium – a name which means “thunder face.”

If you look at Brontotherium pictures, then you could almost mistake this mammal to a rhino. It was about 16 feet long and weighed around 3 tons and had a large horn jutting from its face. However, it is only distantly related to the modern rhinoceros. It is actually in the same family as prehistoric horses.

Brontotherium probably lived on a variety of different plants that were endemic to North America at that time. It probably would have had to eat over 120 pounds, maybe even as much as 200 pounds, of plant material a day to just survive.

One of the most interesting facts about Brontotherium, however, is that males of this species probably butted heads for mating rights to females. Much like modern rhinos do. This theory has been supported by several fossils of this animal which shows damage which could have only been sustained by a Brontotherium horn.

Why this megafauna mammal went extinct is currently unknown by paleontologists. It could have been a factor of the changing environment and the introduction of new predators that started the end for this animal. Some scientists have speculated that volcanic eruptions of the Rocky Mountains contributed to their demise. 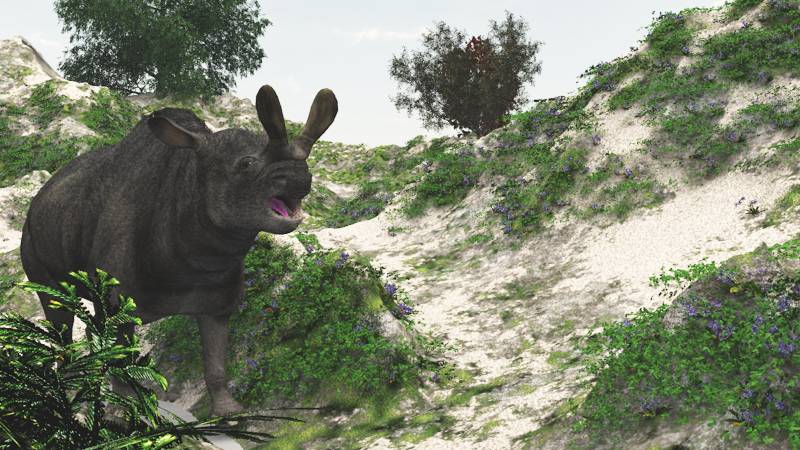 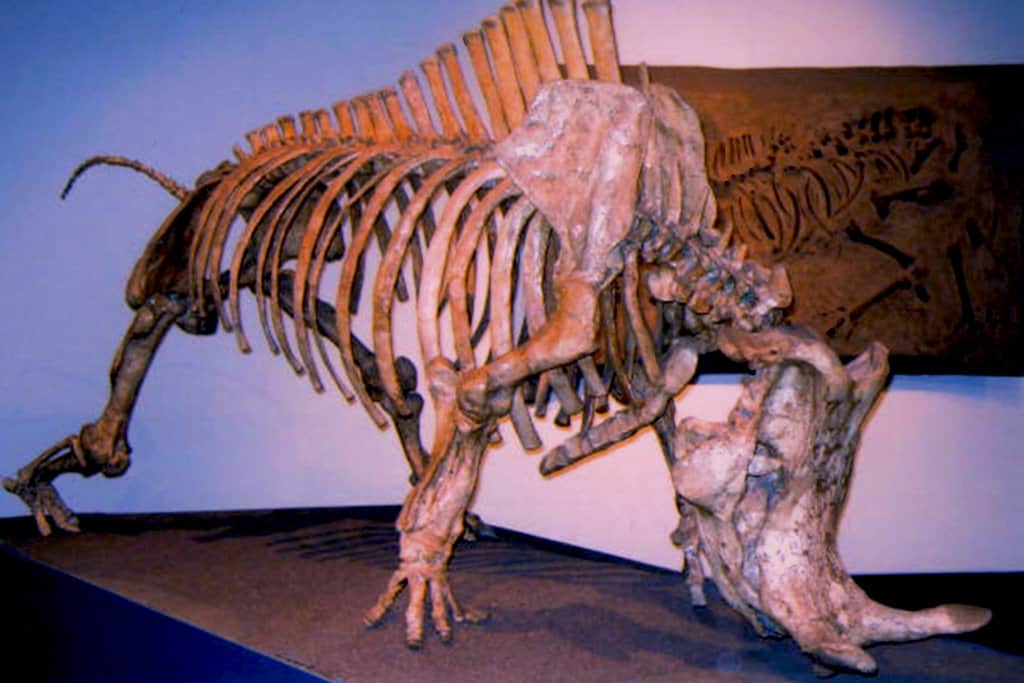 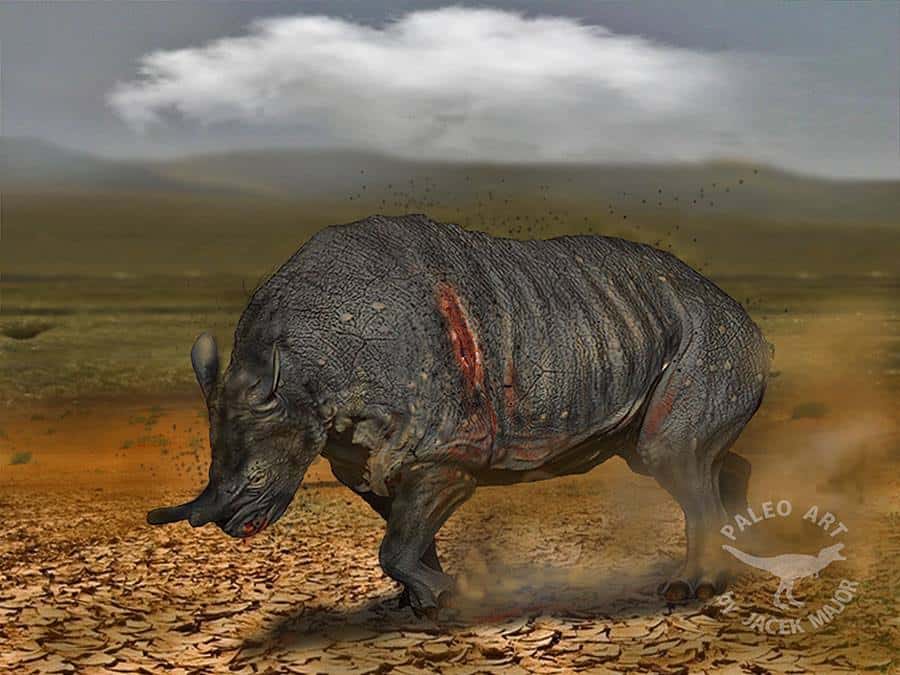 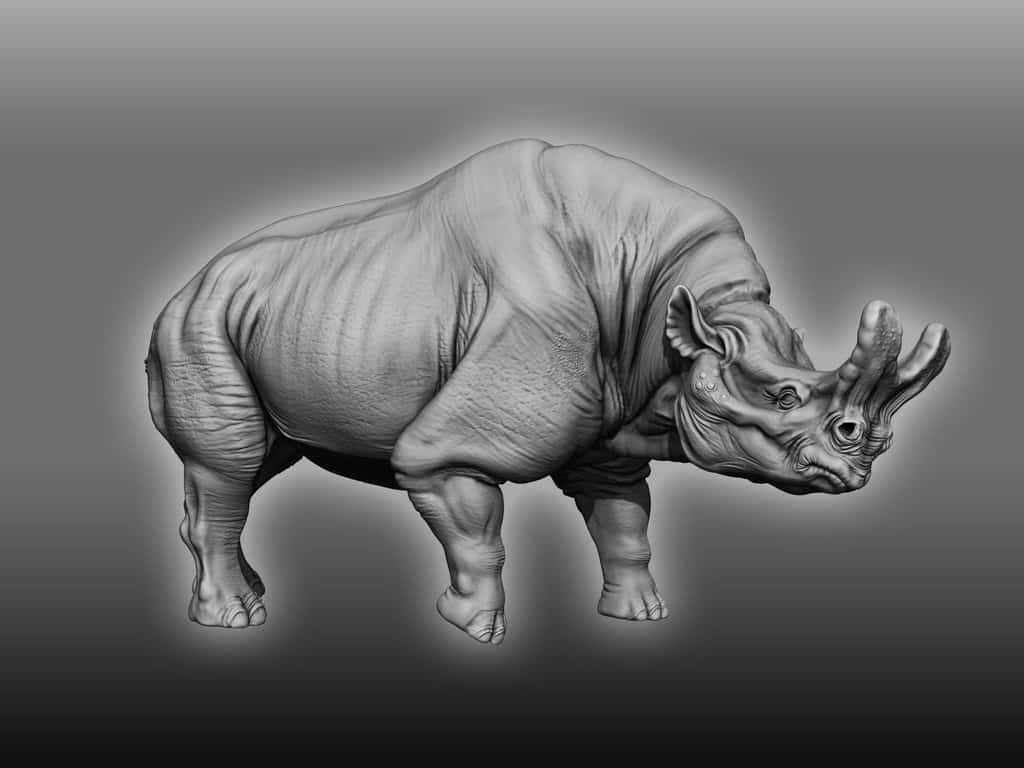 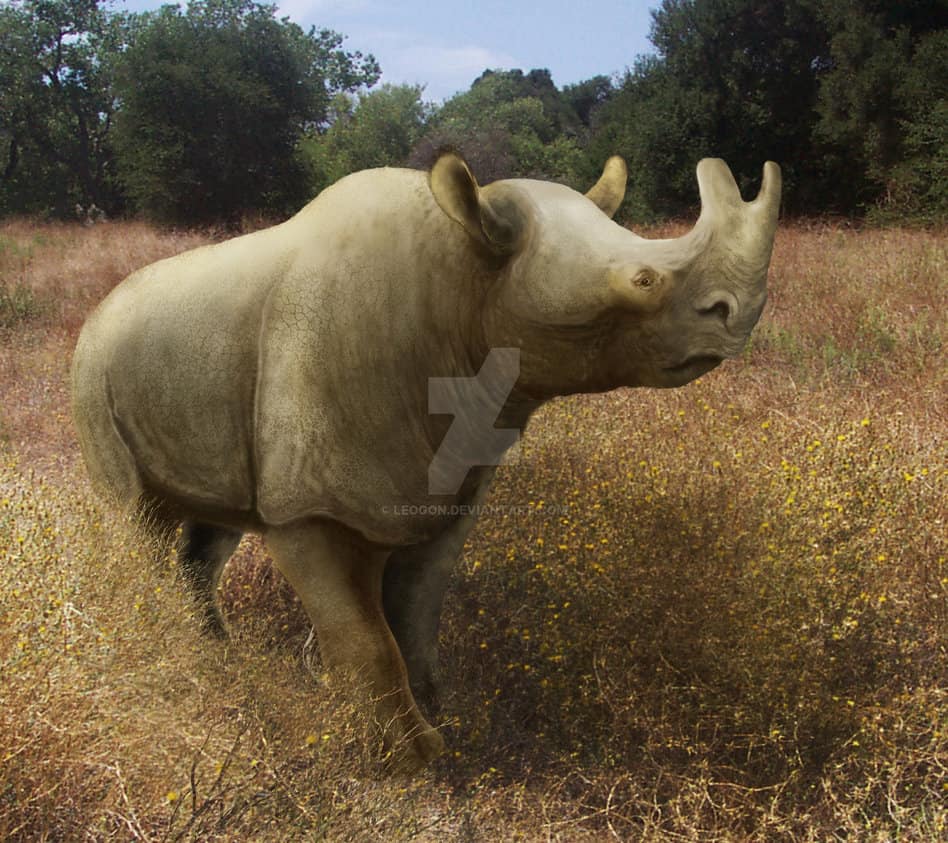 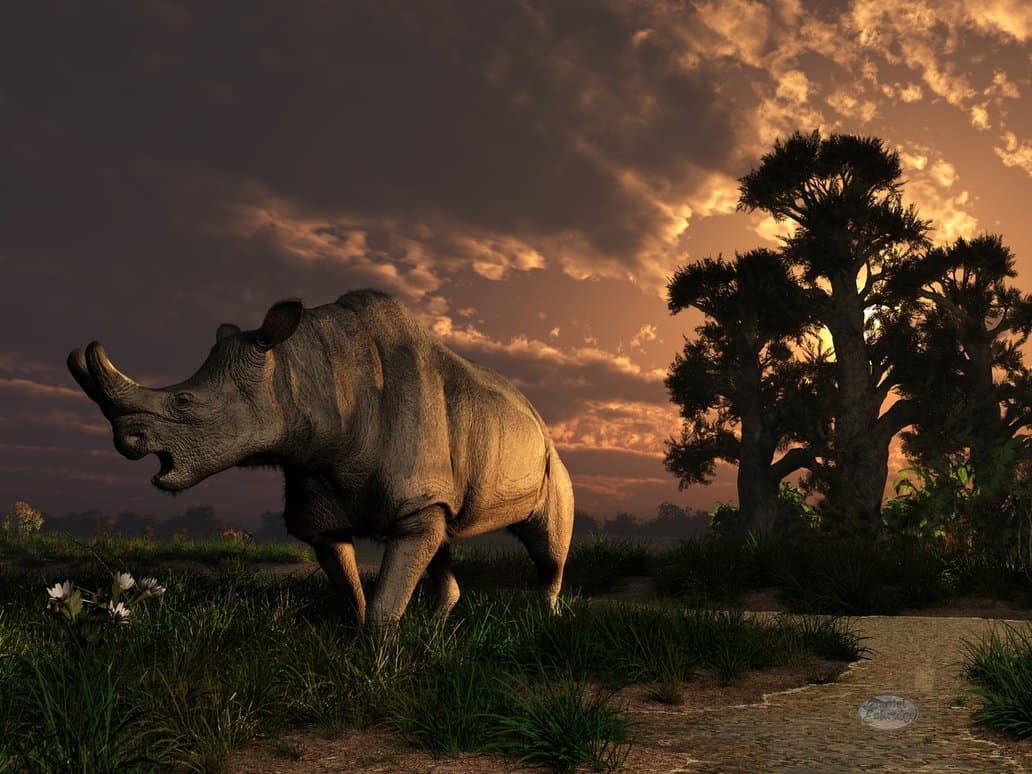 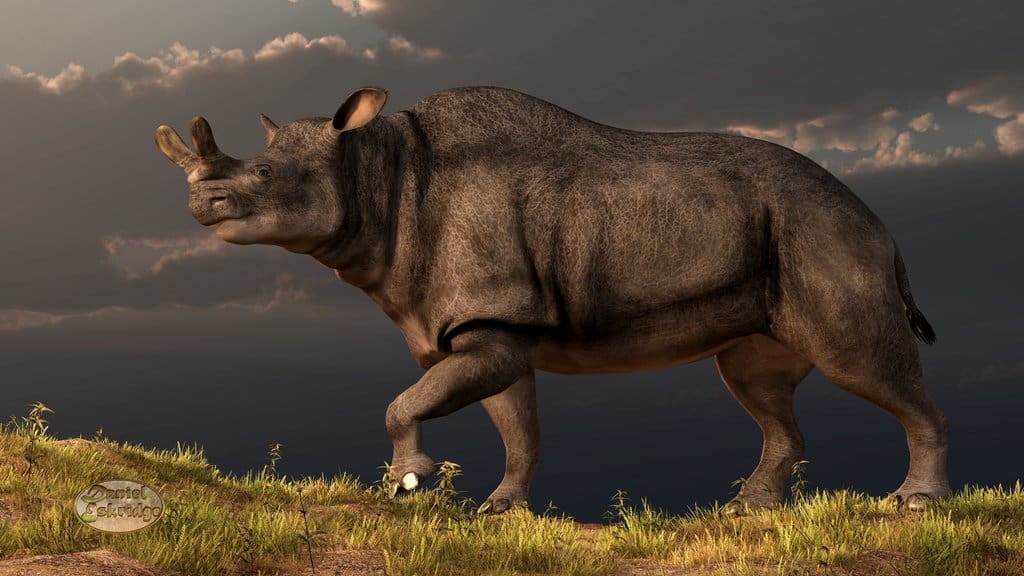