Chilesaurus is a dinosaur which lived approximately 145-150 million years ago during the late Jurassic Period. It was first discovered by 7 year old Diego Suárez and his parents while they were out for a hike on a hillside in Chile in 2004. In 2015, this dinosaur was then described and named by a team of paleontologists which included Rita de la Cruz, David Rubilar- Rogers, Fernando Emilio Novas,Federico Lisandro Agnolín,Leonardo Salgado, Alexander Omar Vargas, Martín Dário Ezcurra, Marcelo Pablo Isasi, Nicolás Chimento and Manuel Suárez. Its name means “lizard from Chile.”

An interesting fact about Chilesaurus is that paleontologist have described this dinosaur as a vegetarian T- Rex. That’s because it is from the same family as T- Rex dinosaurs, but was definitely an herbivore. It was a truly unique dinosaur that must have begun to evolve along its own lines thanks to its relative isolation from other therapods.

It really isn’t known why this dinosaur was a plant-eater while most other therapods are meat eaters, but some people have speculated that it might have become one to adapt to its environment. Perhaps there was an abundance of plant life in South America at the same but few other dinosaurs for carnivores to dine upon. 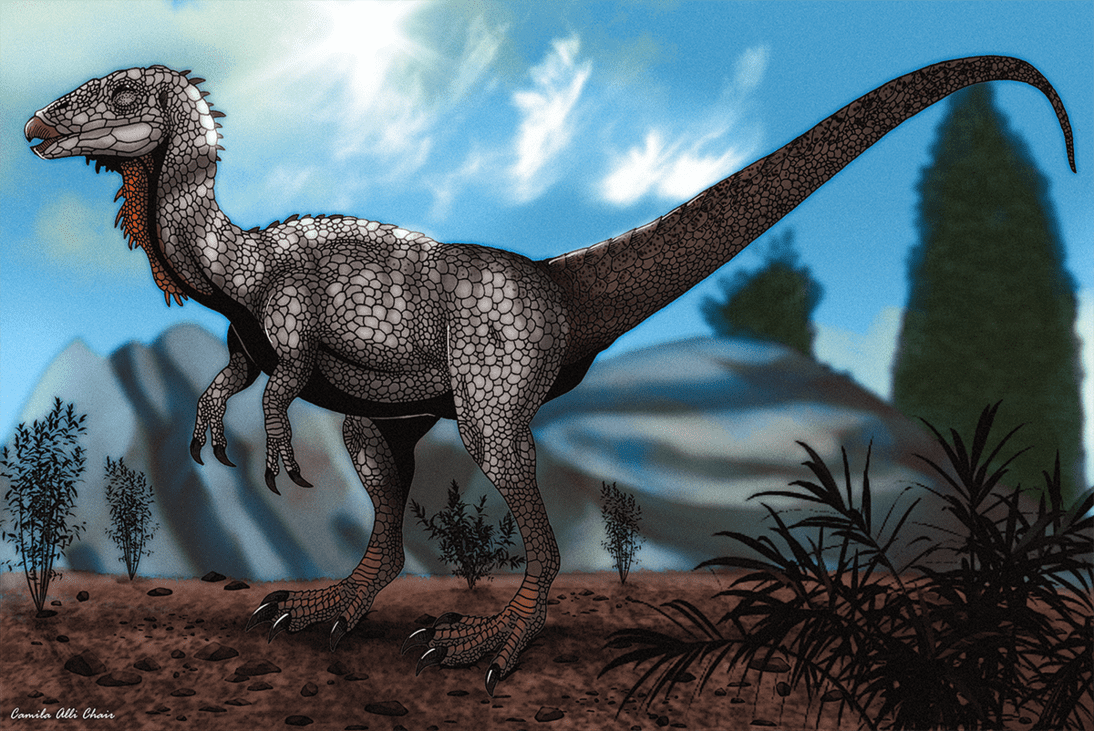 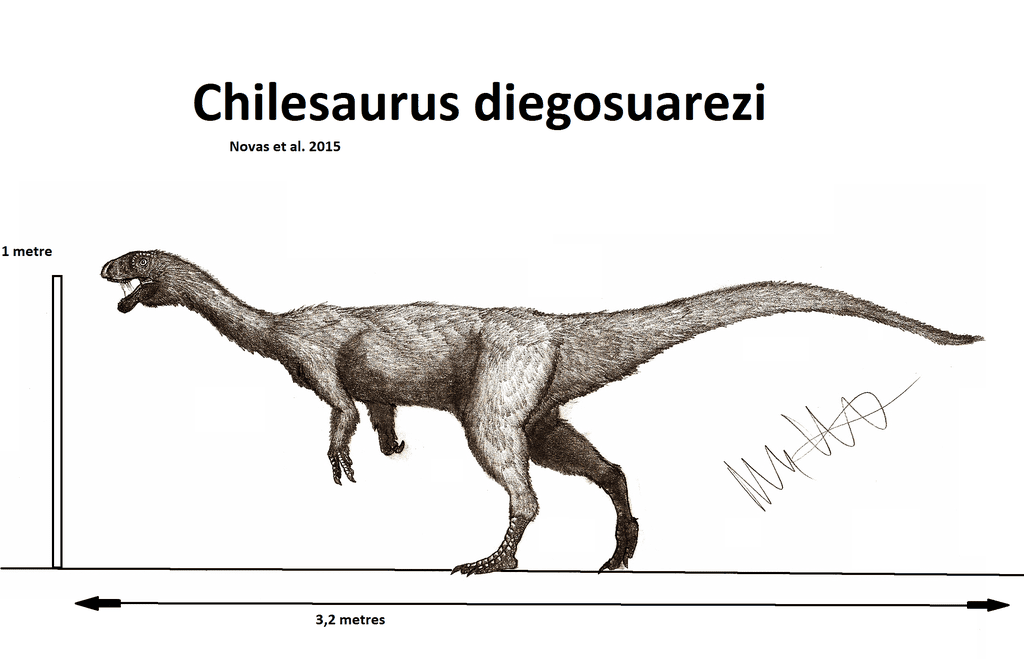 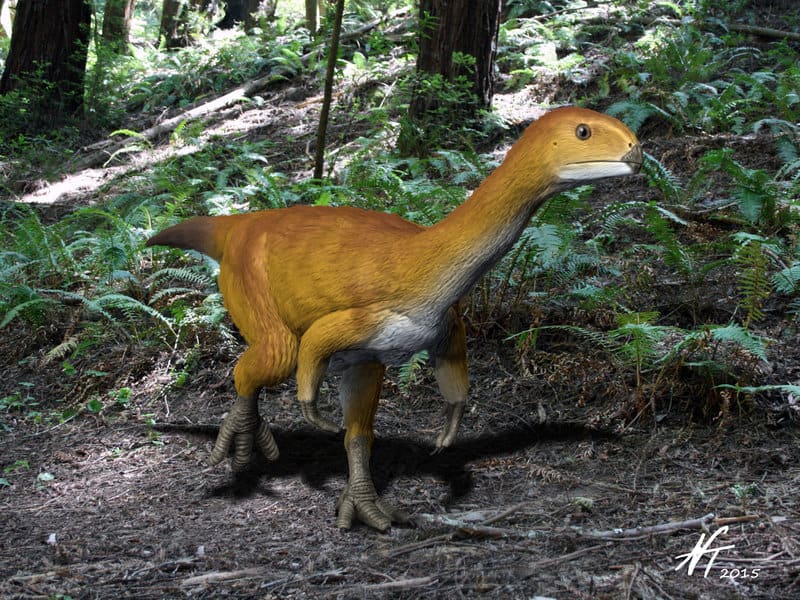 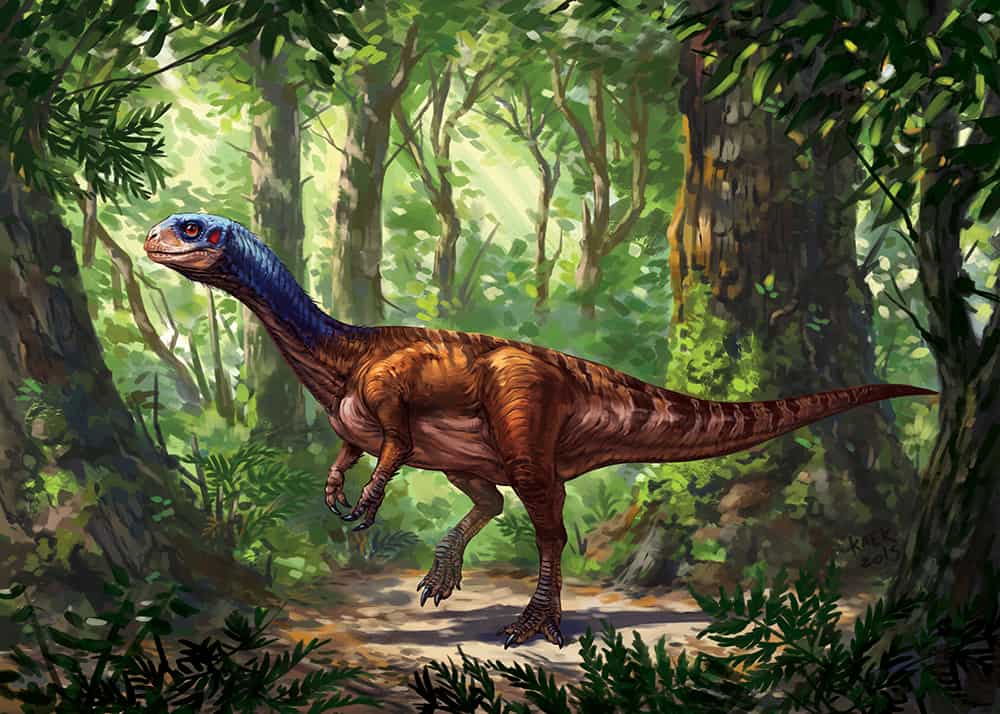 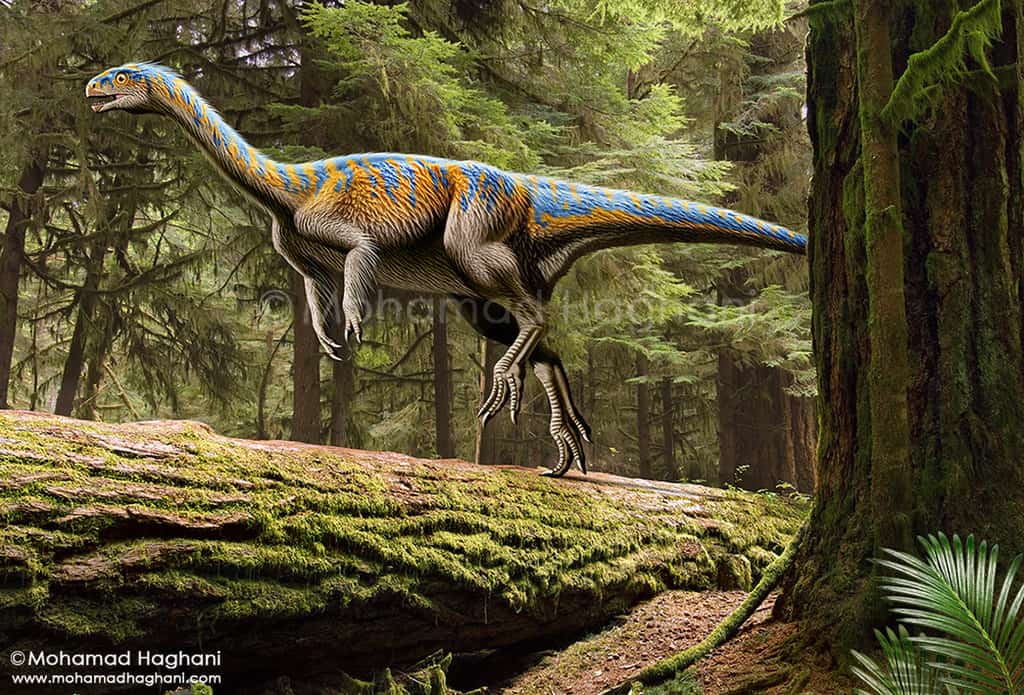