Daeodon is an extinct megafauna mammal which lived approximately 23 million to 5 million years ago during the Miocene Period. It was originally discovered in the mid-19th century in North America and was given the name Daeodon – which means “dreadful tooth” – by Edward Drinker Cope in 1878. It is also known by the name Dinohyus – a name which means “terrible pig.”

Looking at just Daeodon pictures, it’s pretty clear that this animal lives up to its name. It was a huge pig which was approximately 12 feet long and weighed around 2,000 pounds. It had a large narrow head that had bony warts all over it. These warts were actually thickened pieces of flesh that were supported underneath by bone. These pigs were most likely omnivorous, aggressive and very opportunistic.

It is believed that these pigs were scavengers and not active hunters. They had powerful jaws which could crush bone. It had these jaws not to hunt animals but because it allowed it to intimidate smaller animals and take away their “kills” after they had taken down an animal. Many of the carnivorous hunters of the time would likely have backed away from their already dead prey once Daeodon had shown up on the scene – allowing it to scavenge the meat at its leisure.

One of the most fascinating facts about Daeodon is that it had nostrils which were laid out differently than modern pigs. Modern pigs have nostrils that face the front, however, this pig had nostrils that faced the sides. Scientists speculate that its nostrils were set up this way so it could sample as much as the air as possible – which would allow it to locate food faster by homing in on scents such as rotting  carcasses.

At this point in time, scientists aren’t exactly sure what drove this large wild boar to extinction. Perhaps it was changing environmental conditions or increased competition from other animals migrating into their territory. 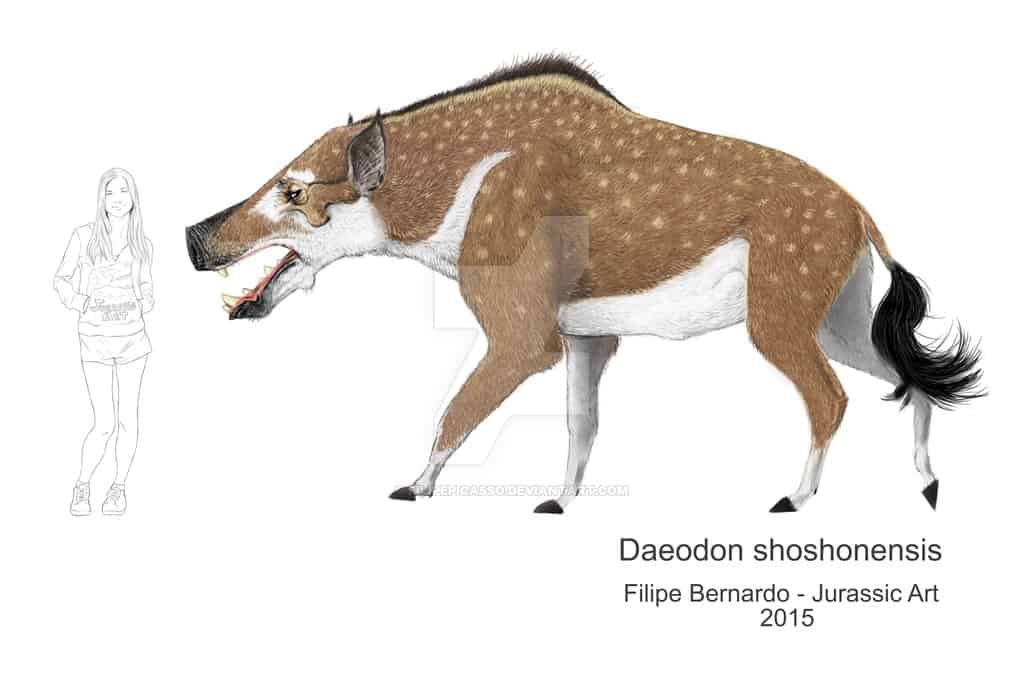 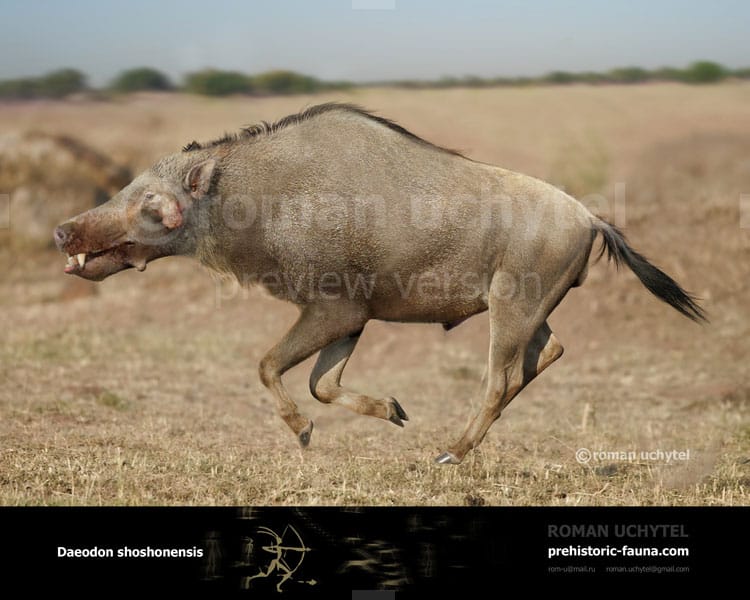 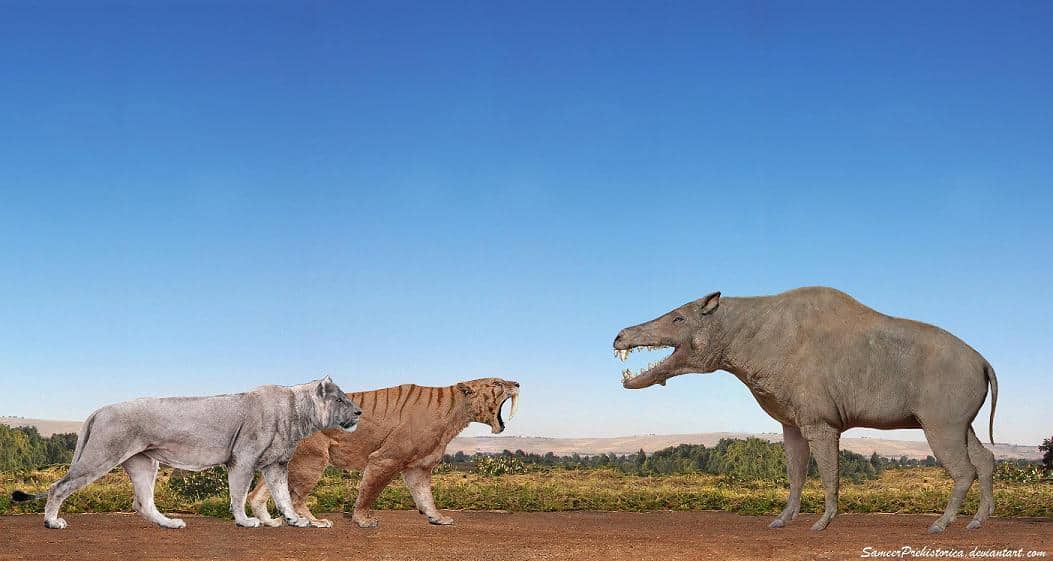 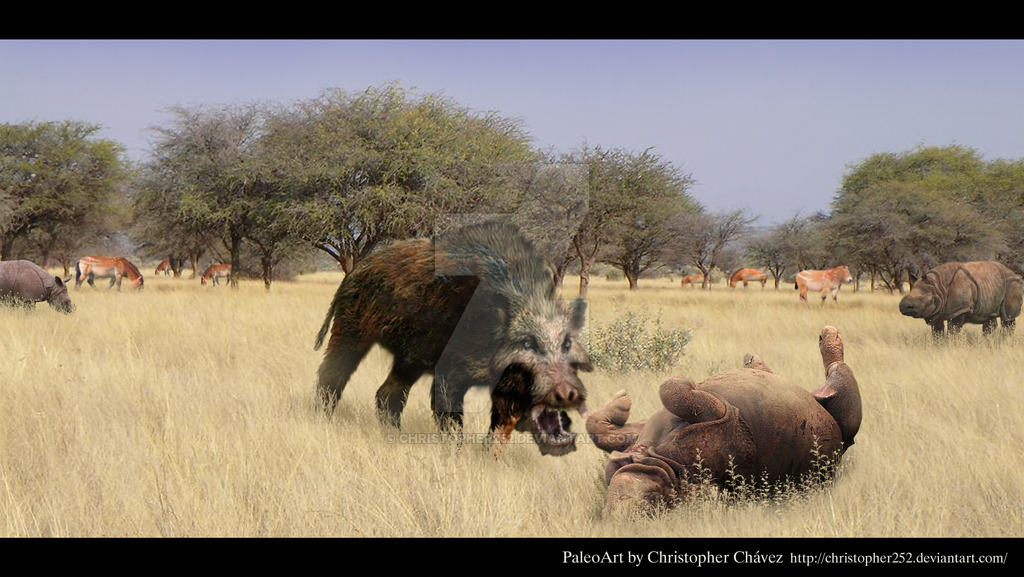 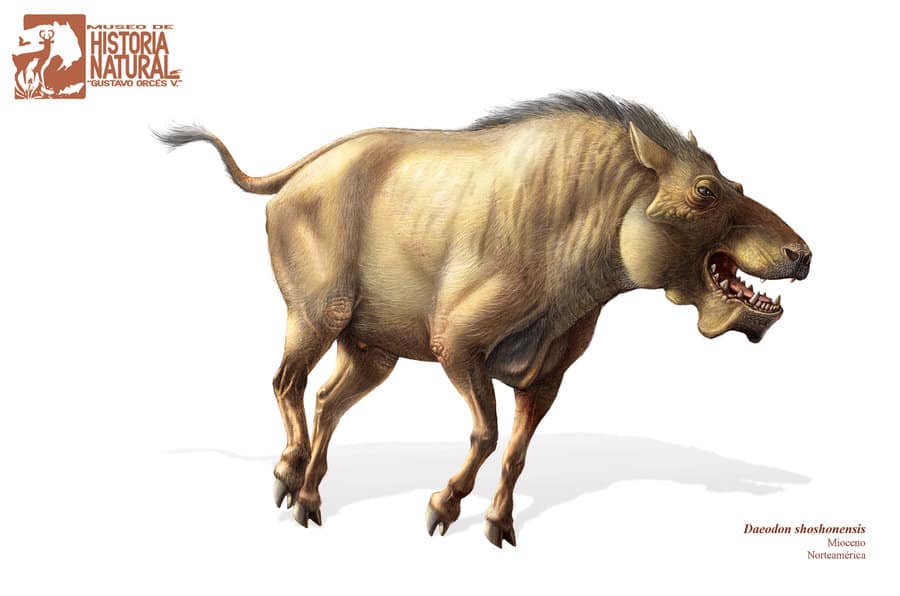 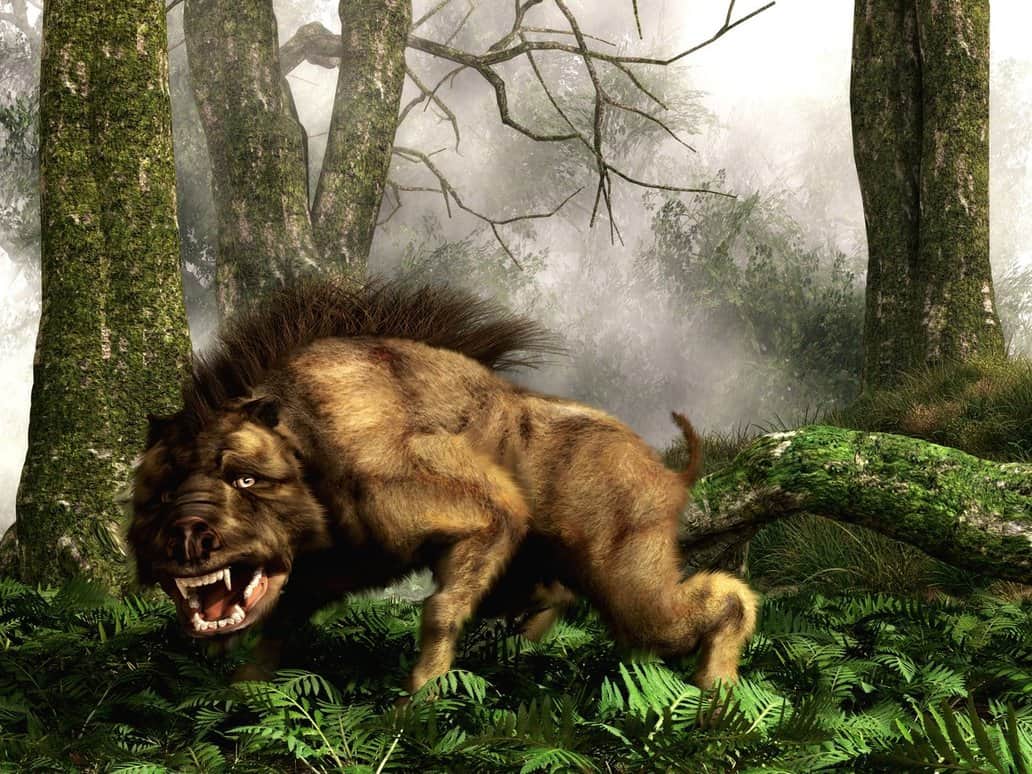