Daspletosaurus is a dinosaur which lived about 75-77 million years ago during the late Cretaceous Period. This dinosaur was first discovered in 1921 by Charles Mortram Sternberg around Steveville, Alberta. When he first discovered it, he thought it was just another species of Gorgosaurus. An idea that would remain for the next 49 years—until 1970—when Dale Russell described it in complete detail and came to the conclusion that it was an entirely different type of dinosaur. It was then named Daspletosaurus—a name which means “frightful lizard.”

And a frightful lizard is what this dinosaur must have looked like when it was alive. This dinosaur was about 30 feet long, 9 feet tall at the hips and probably weighed around 3 tons. It had a fairly massive skull that was about 3 feet long and contained about 5 to 6 dozen teeth. It had the largest teeth of any predator—including those of a Tyrannosaurus Rex. The dinosaur it is believed this dinosaur devolved into. The size and ferocity of Daspletosaurus would have most likely made it the apex predator of its time.

An interesting fact about Daspletosaurus is that it might not have just been the hunter but also may have been the hunted. There is some evidence found in the fossil record of these dinosaurs being bitten by other dinosaurs. Which wouldn’t be too surprising because a lot of tyrannosaurs live around the same time as this dinosaur. Some of these included the Dryptosaurus, Dromaeosaurus, Gorgosaurus and Dromiceiomimus. These animals may have hunted each other or engaged in combat to defend their respectful territories. 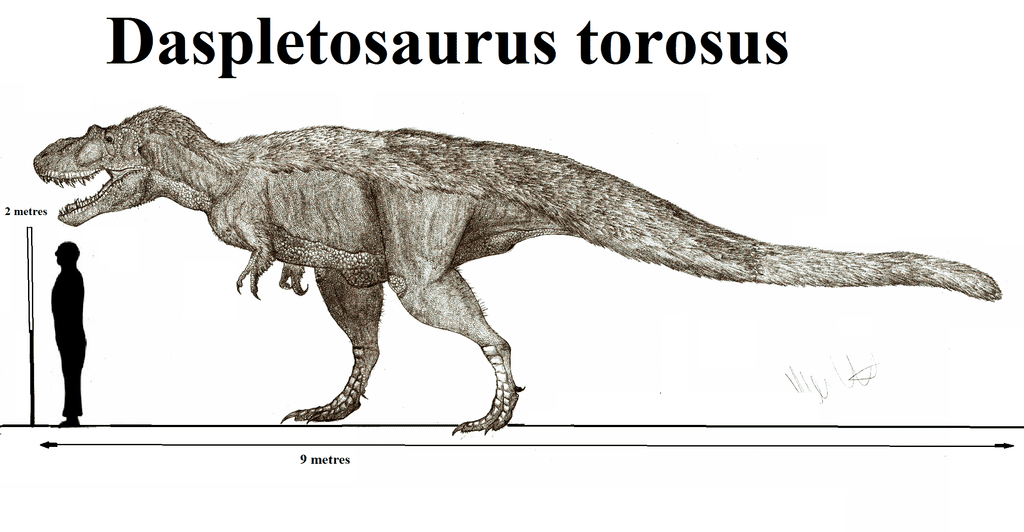 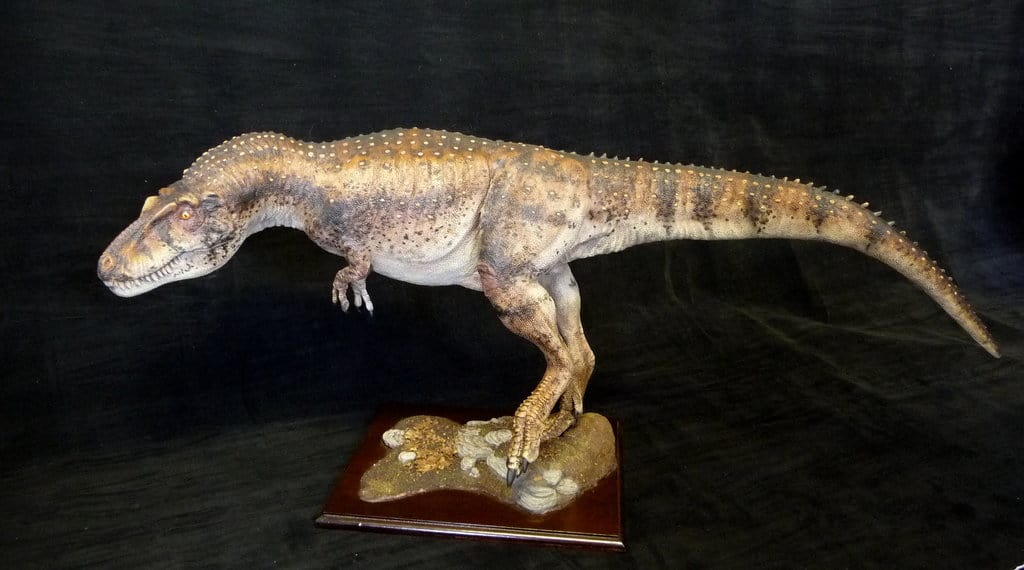 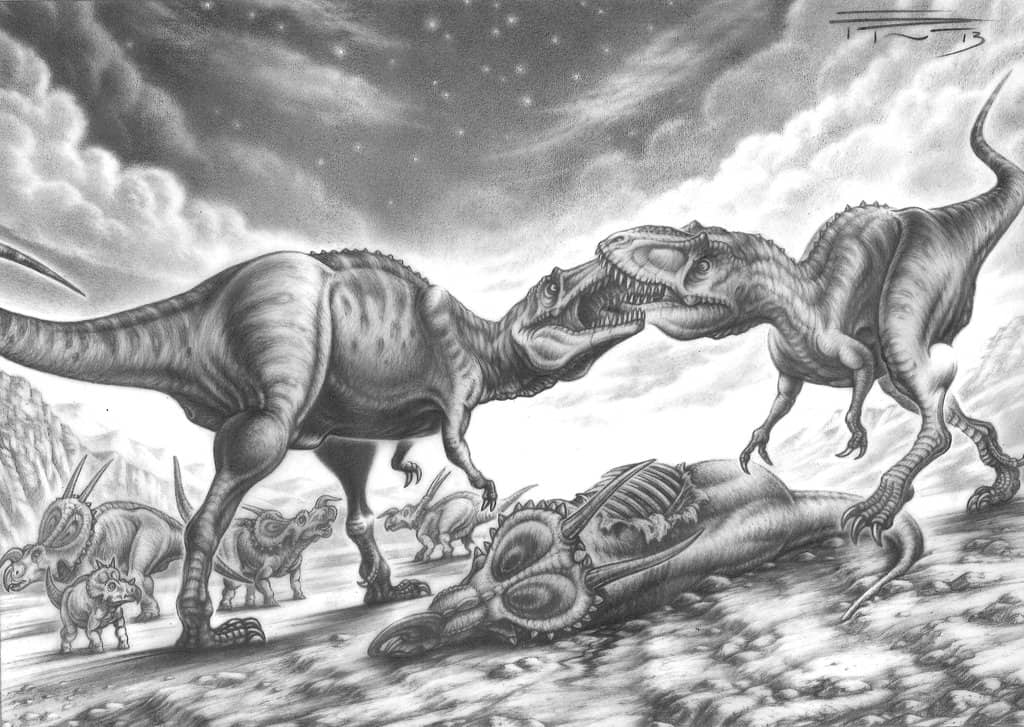 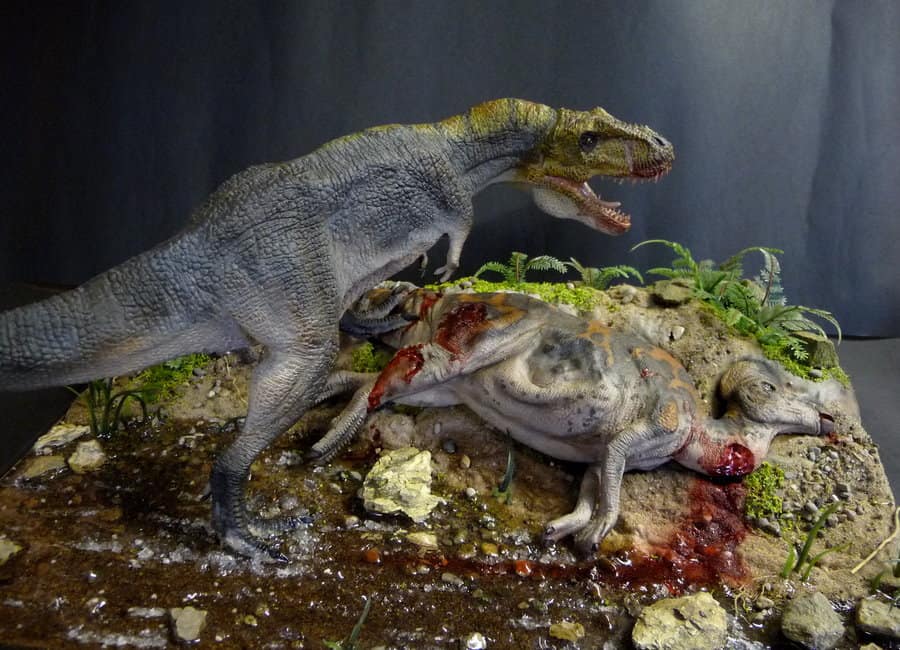 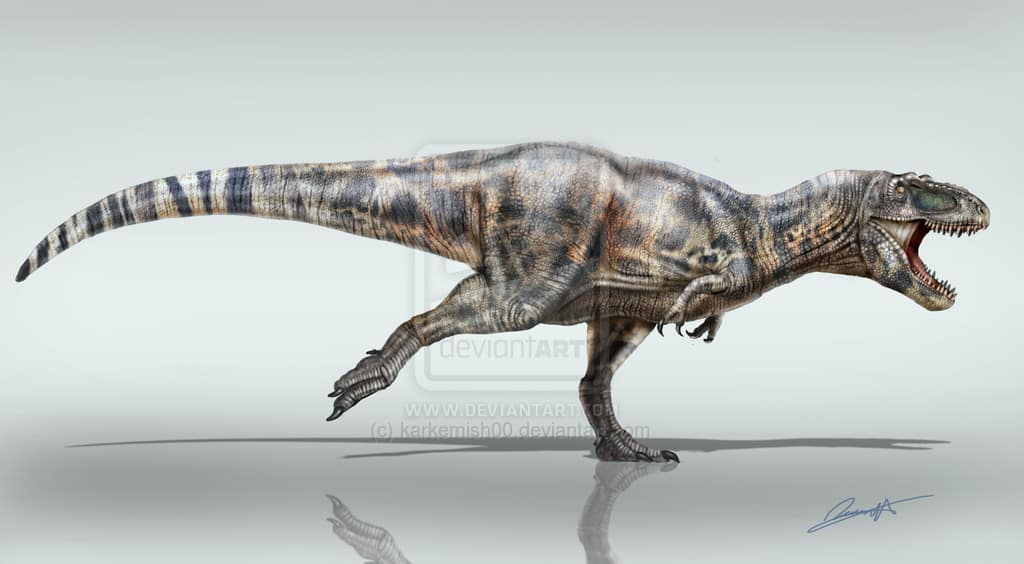 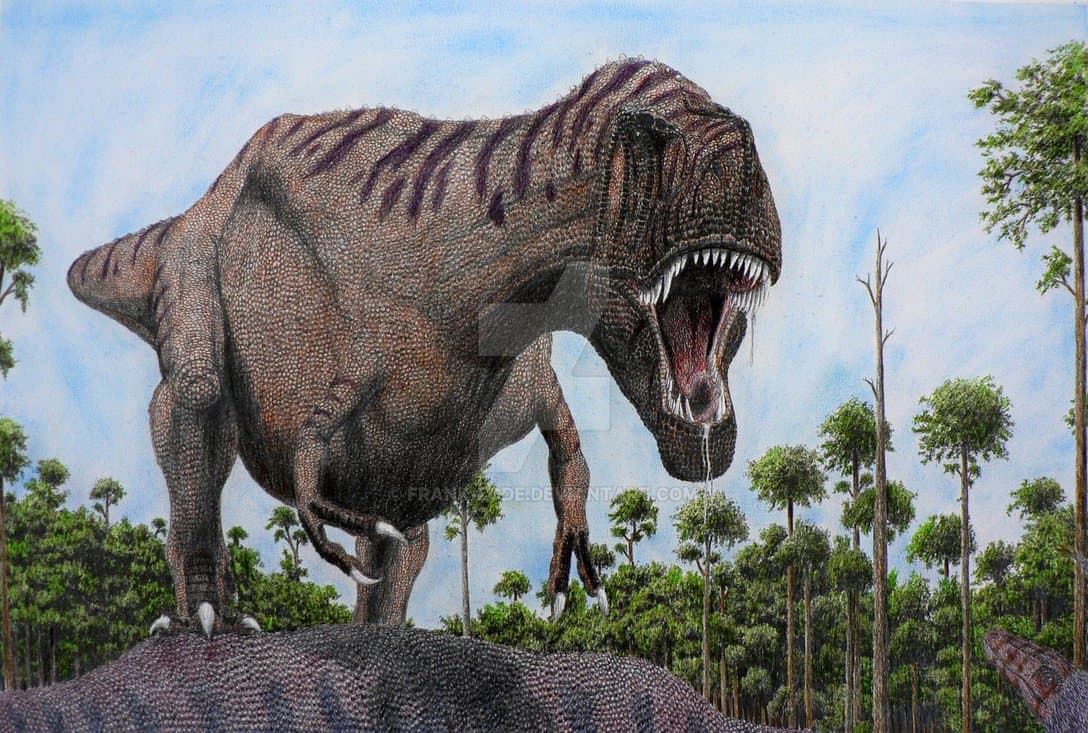