Deinocheirus was one of the most mysterious dinosaurs to have ever been found by paleontologists. It was originally found in 1965 in Southern Mongolia—actually, not the whole dinosaur was found but only its gigantic hands. And for the next 50 years, that is all that scientists would have of this elusive dinosaur. That is probably why its name means “terrible hand”.

That changed in 2012, when 3 paleontologists—Phil Bell, Yuong- Nam Lee and Philip J. Currie—discovered 2 new specimens that would reveal all of the secrets that this dinosaur once held. Secrets of its size and what it is believed to have eaten. Up until that point, the only thing that was really known about this dinosaur was that it had massive hands and lived about 70 million years ago during the late Cretaceous Period.

Deinocheirus was around 30 feet long, almost 15 feet high and weighed about 6 tons. It was a bipedal dinosaur—from a species called Ornithomimids, which are sometimes called ‘ostrich dinosaurs’ and was the biggest of these dinosaurs. However, it probably didn’t move like an ostrich. Due to its large size and weight, it more than likely lumbered along and didn’t run very quickly. I

It is believed that this dinosaur was a scavenger of sorts. It is believed to have eaten a variety of different things such as fish, invertebrates, plants and maybe even insects. It probably didn’t hunt prey like a predator. However, an interesting fact about this dinosaur is that it was probably frequently hunted by tyrannosaurus dinosaurs, as bite marks on its skeleton would suggest. 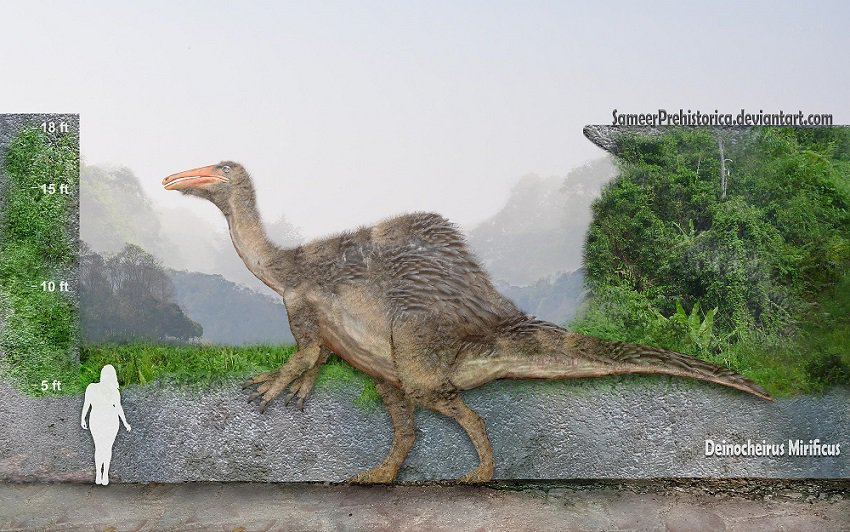 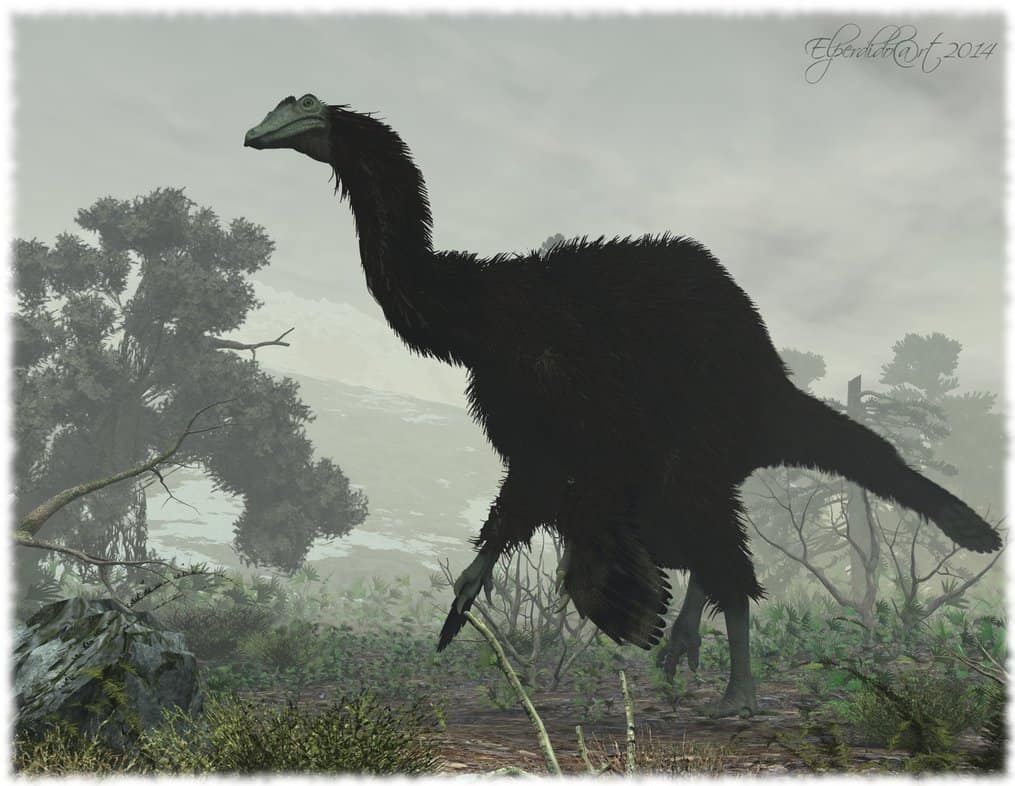 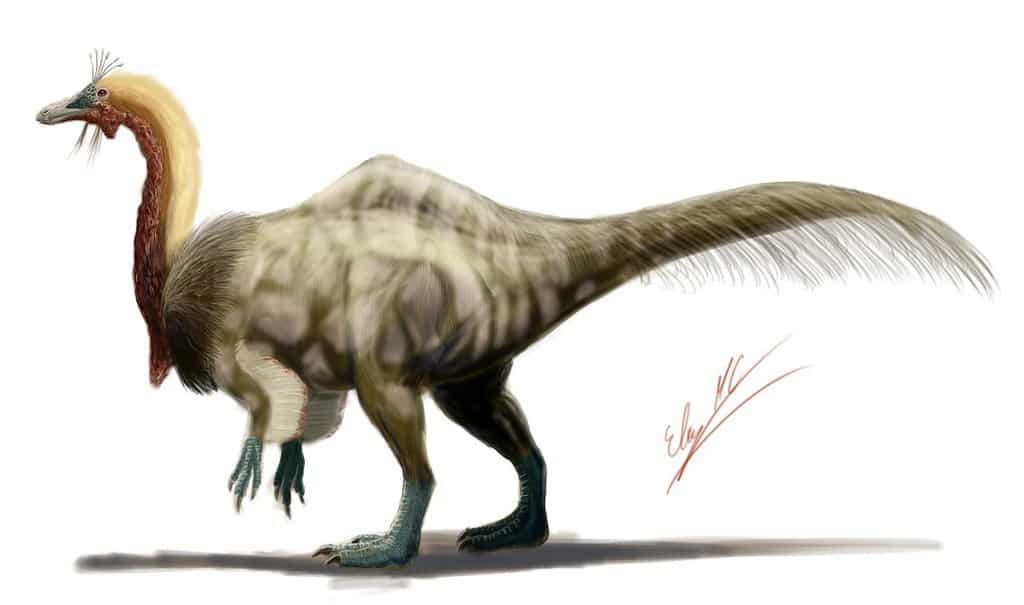 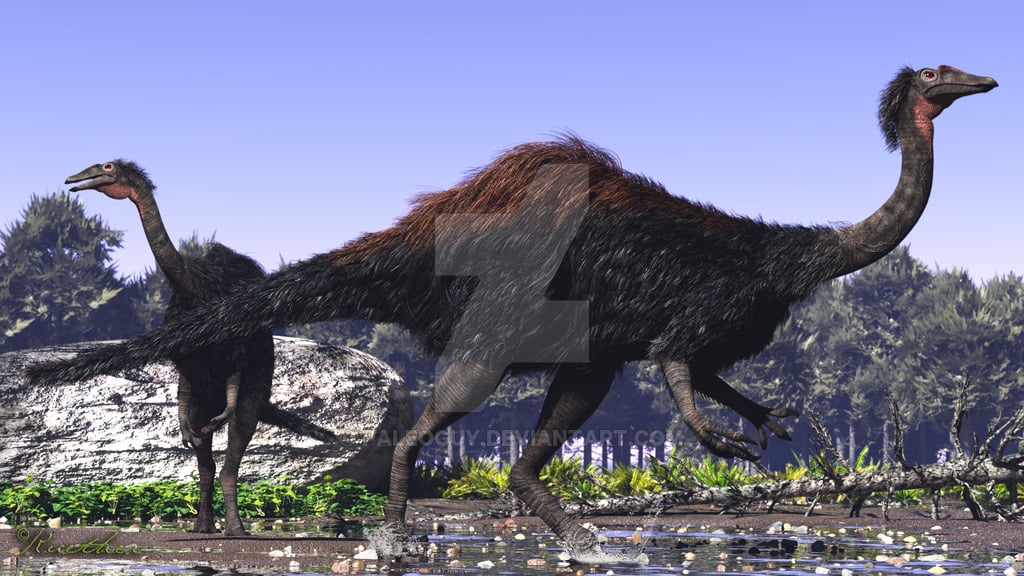 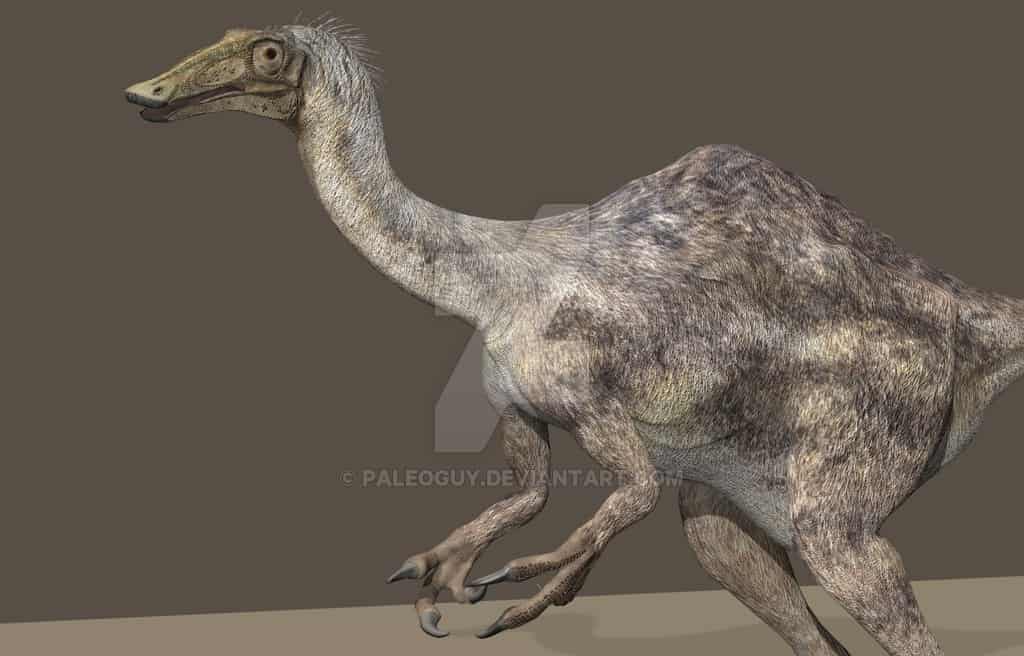