Deinotherium is an extinct mammal which lived approximately 10 million to 10,000 years ago – from the Middle Miocene all the way to the Modern Period. It was first discovered in the early 18th century and was named by German naturalist Johann Jakob Kaup in 1829. The name of this animal means “terrible mammal.”

Looking only at Deinotherium pictures, it can seem pretty clear that this mammal is an elephant and an ancestor of modern elephants. However, that is completely correct. While these mammals are related to modern elephants, they were an evolutionary side-branch that went extinct. In other words, they weren’t ancestral ancestors of the elephant and are more like distant cousins.

Deinotherium was approximately 20 feet long and weighed around 12 tons. This made them one of the largest animals to roam the Earth, at least among non-dinosaurs. The only other non-dinosaurs that were comparable to it in size were animals such as Megacerops and Chalicotherium. Which is probably why Mr. Kaup named them “terrible mammals.”

One of the most interesting facts about Deinotherium is that these giant-sized mammals may have fired up the imaginations of ancient humans. When they saw these mammoth creatures walking the earth, they dreamed that they belonged to giant men. Which is probably how the myths of giants probably started. Which is quite like Elasmotherium inspiring the myths of unicorns.

This animal originally started out in Europe but over millions of years began to travel all over the world. It traveled into Asia and then Africa. And it was pretty widespread all over the globe – even as late as 12,000 years ago. So what caused this species that was present all over the world to go extinct? Two things which accounted for many of the extinctions around the last Ice Age. Climate change and human interference.

Paleontologists believe that climate change weakened the population of Deinotherium significantly. Which made it more vulnerable to human hunters. Eventually, these two factors would force this species into extinction. 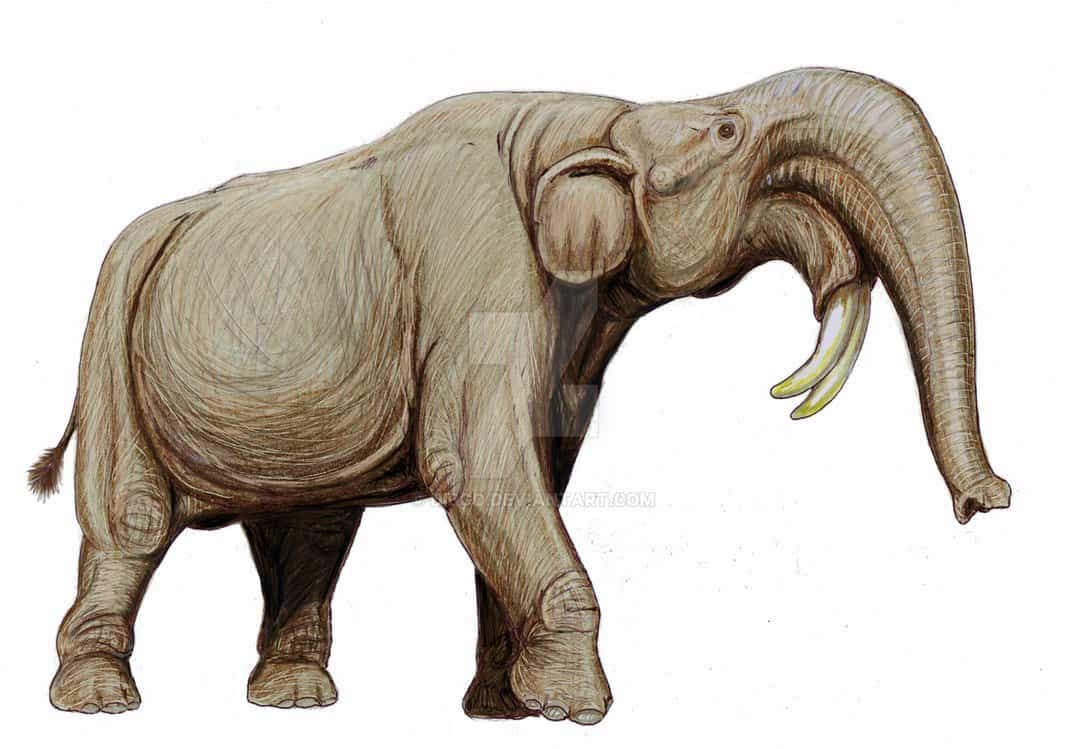 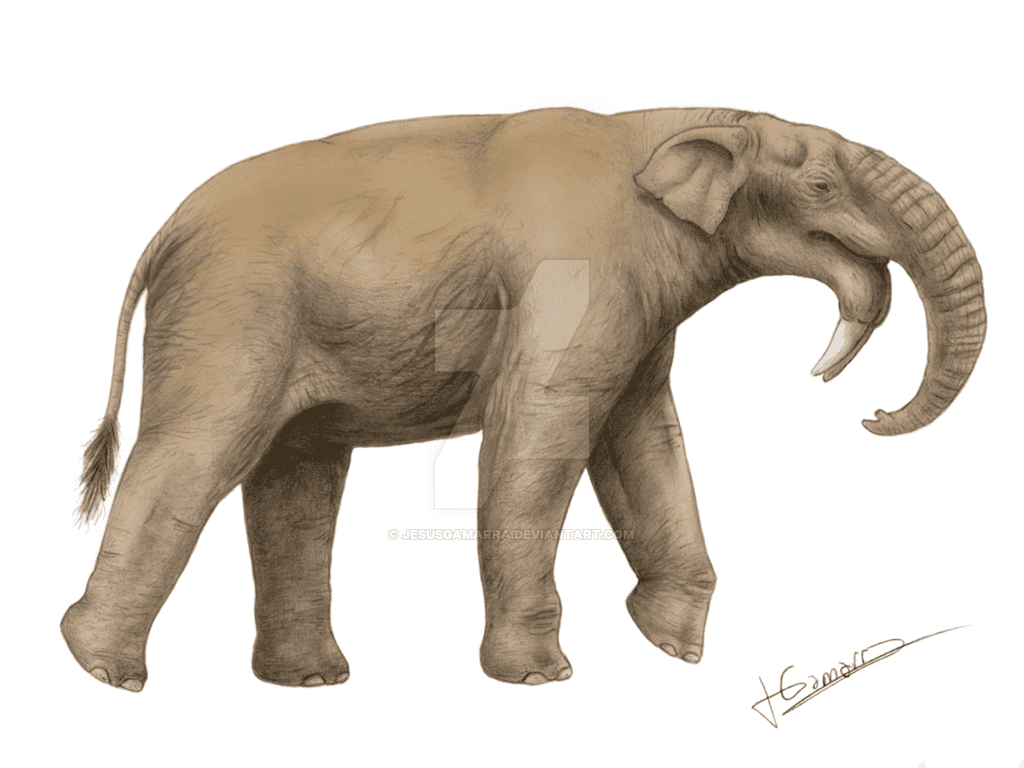 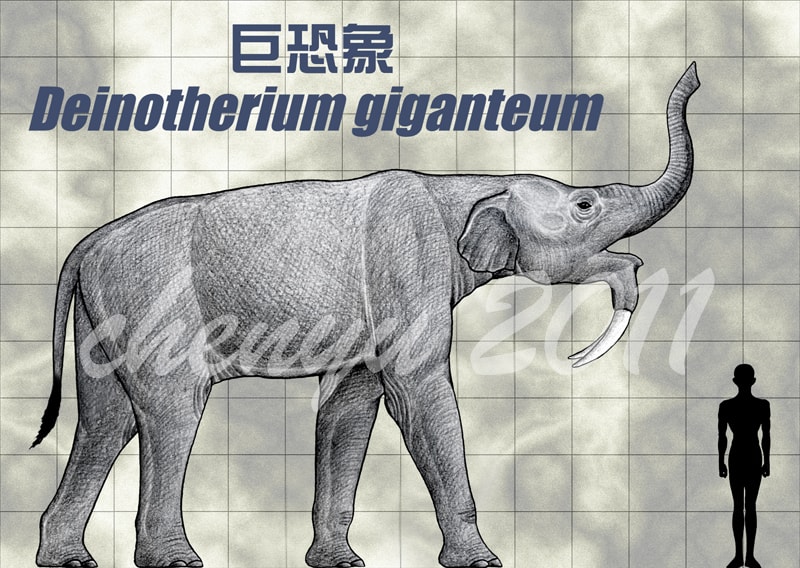 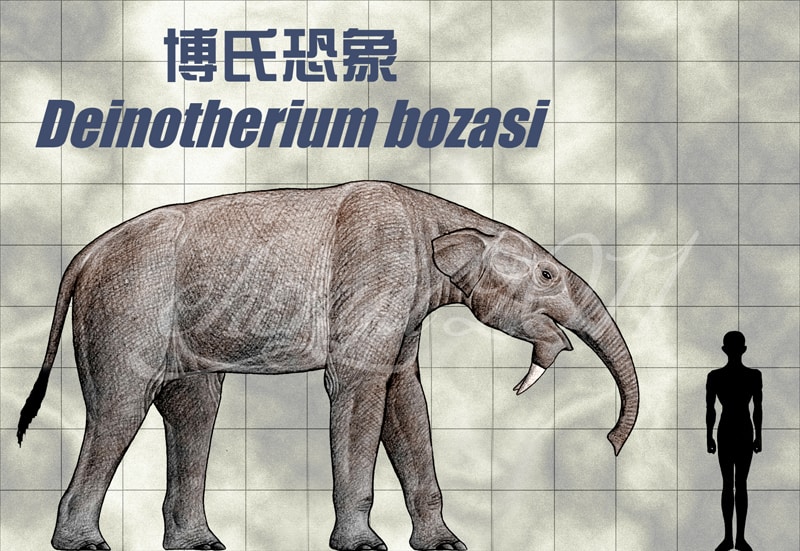 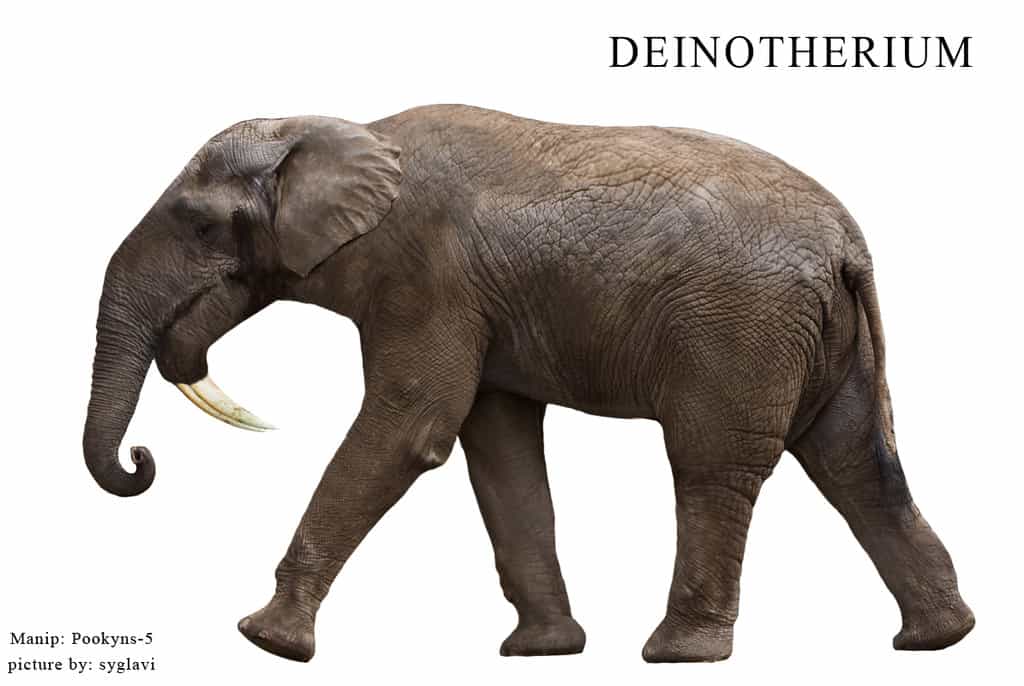 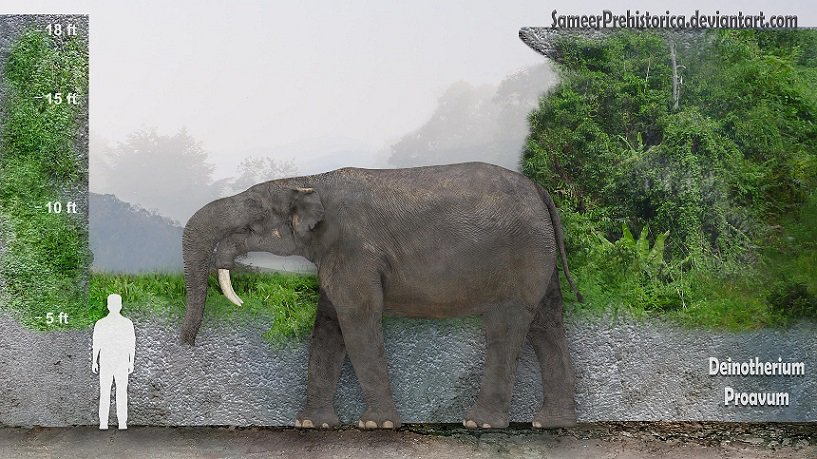 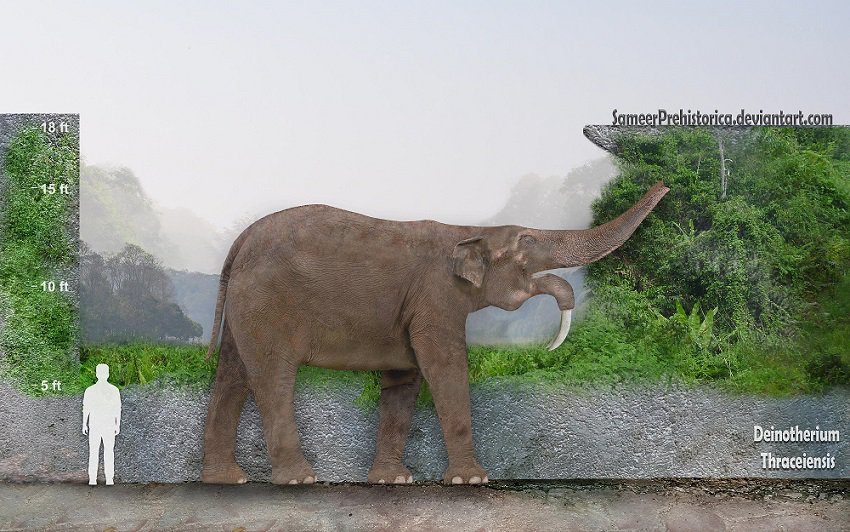 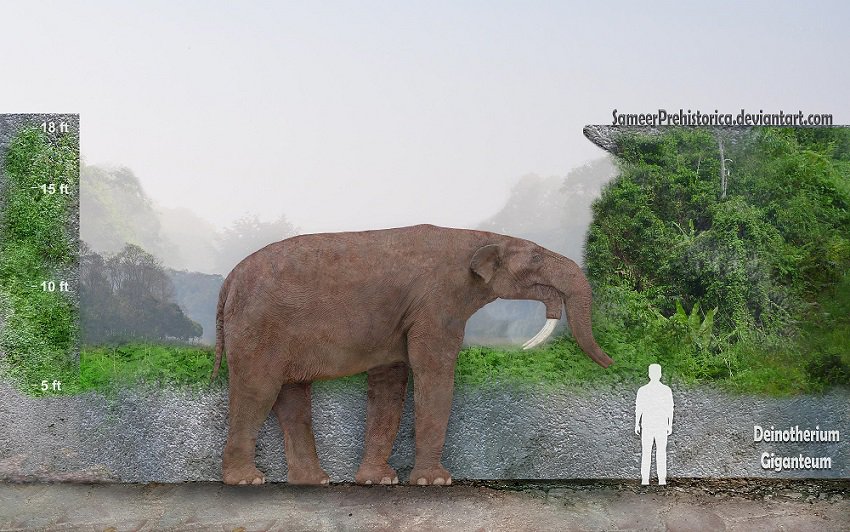 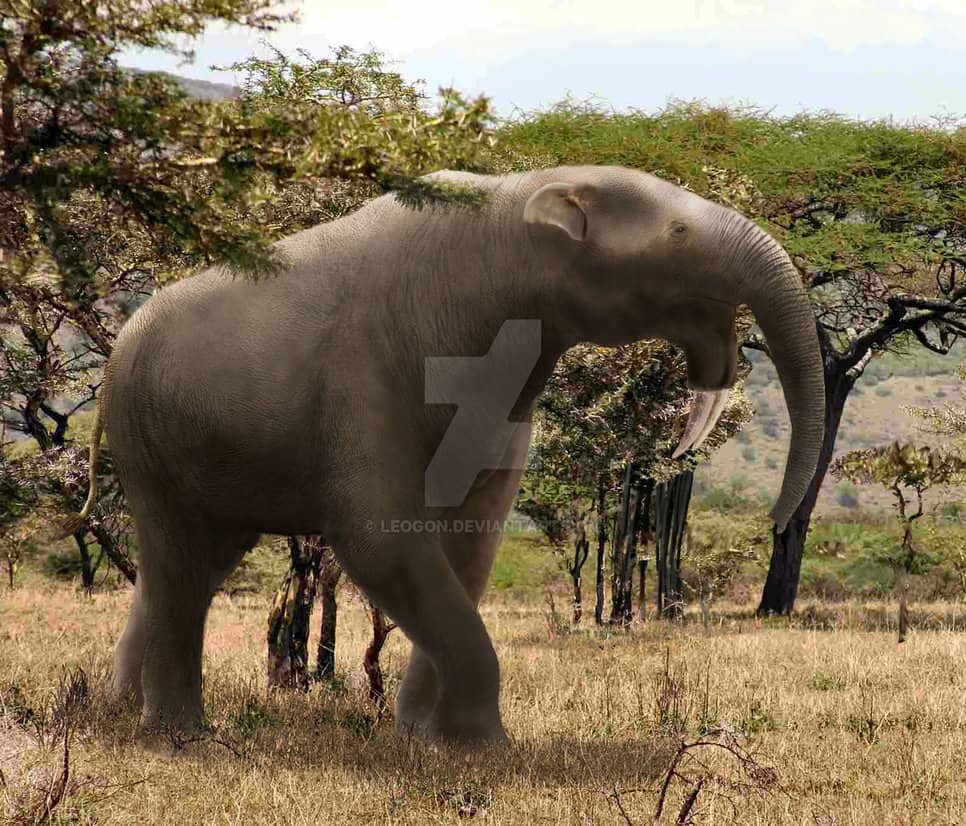 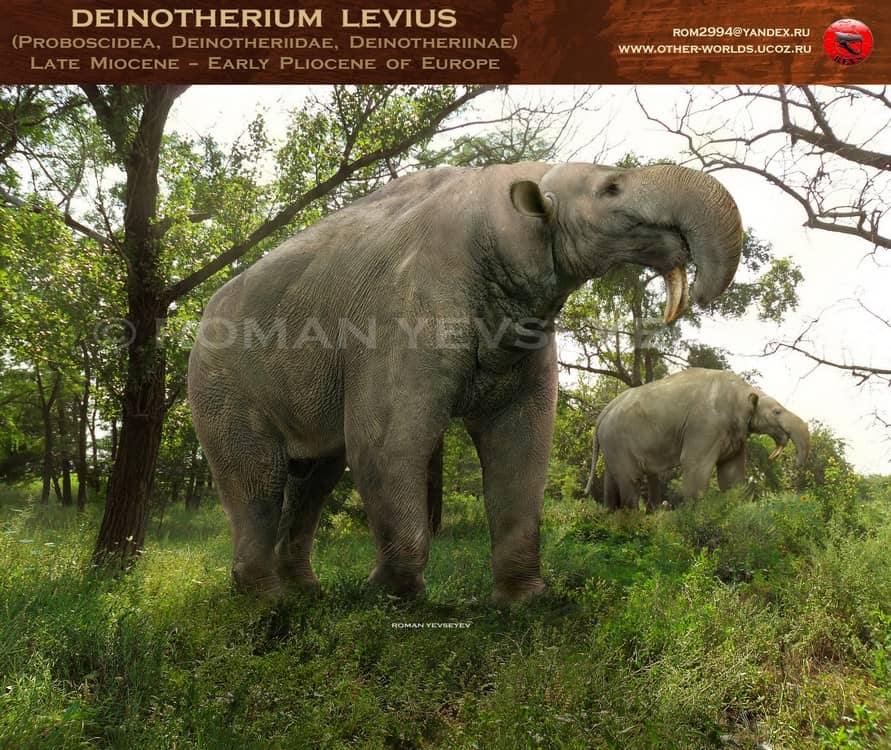 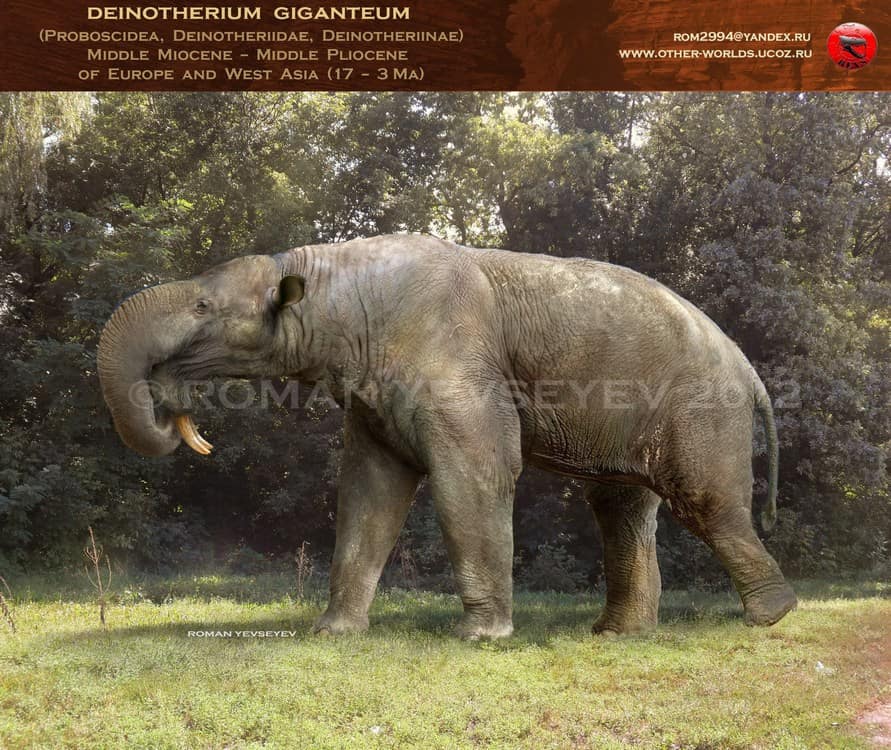