Dilong is a smaller size dinosaur which lived around 125 to 146 million years ago during the early Cretaceous Period. It was first discovered in 2004 in western Liaoning province of China by paleontologist Xu Xing. He named it Dilong, a name which means “emperor dragon”

An interesting fact about Dilong is that it has been found to be a tyrannosauroid, although it is a very small one. In fact, it is the smallest tyrannosaur to have ever been discovered. This dinosaur was approximately 6 feet long, 2 feet high and weighed around 25 pounds. It also appeared to have had some very simple feathers on it as well. These were most likely used to keep it warm. If that is indeed the case, then Dilong may have been a warm blooded animal. However, some paleontologists have speculated that these feathers may have only been on the juvenile of the species. As they grew older and no longer needed the extra warmth, they may have shed the feathers and had only scales. It is also quite possible that even adult dinosaurs of this species had a combination of feathers and scales.

Like other tyrannosauroids, Dilong was a bipedal carnivore. It probably hunted dinosaurs and reptiles that were much smaller than it was, or it may have just scavenged the kills of other predators. It may have also hunted some of the smaller mammals of the time. This dinosaur may have been small but it most assuredly was fast. Some scientists speculate that it probably could run at a speed of over 20 miles per hour—or the speed of a road runner. 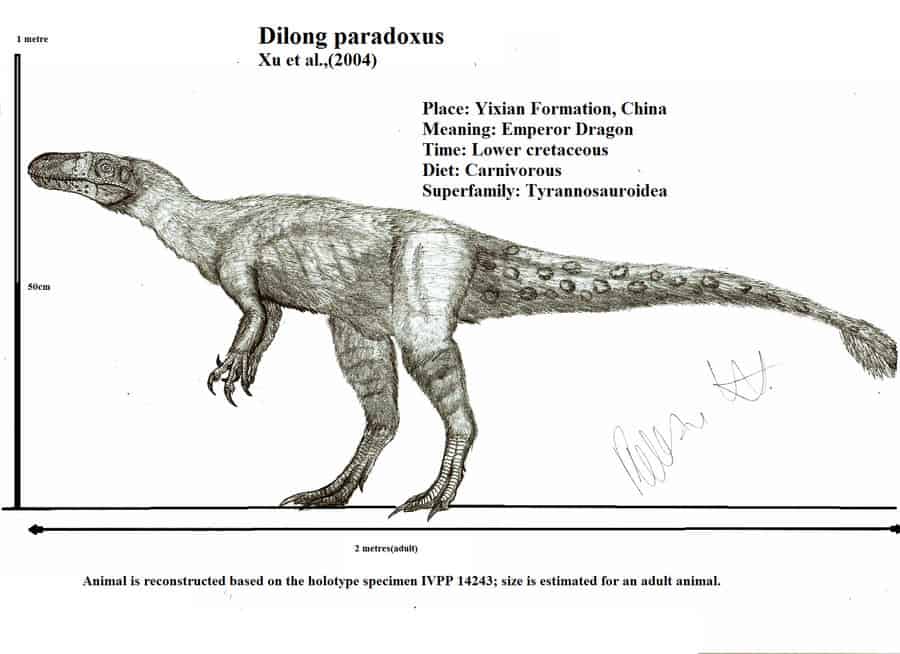 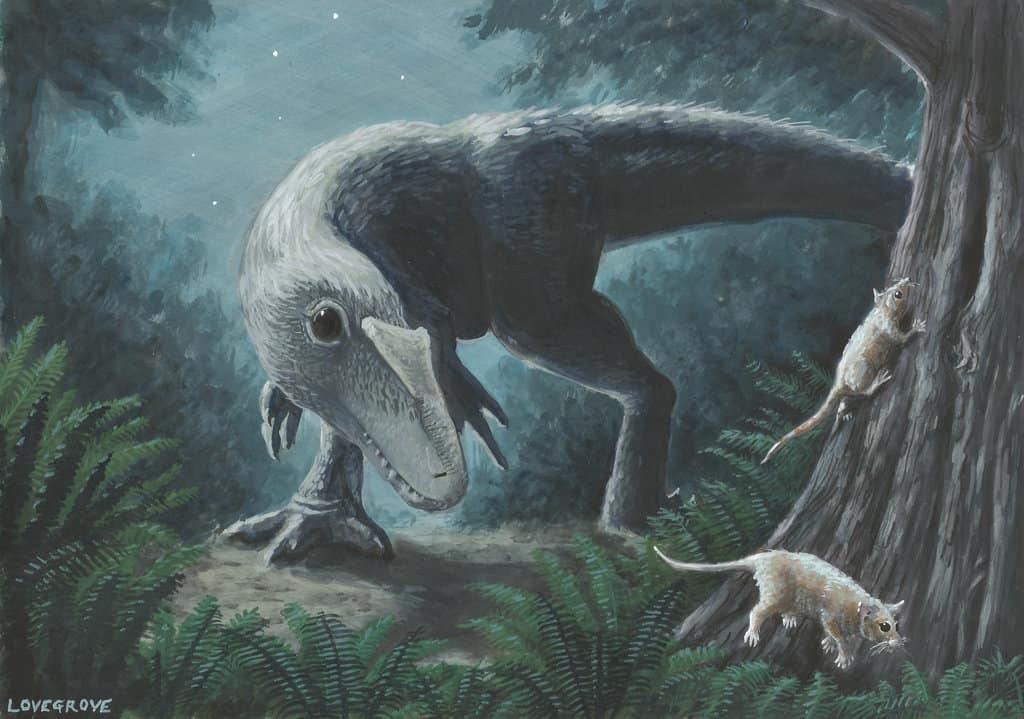 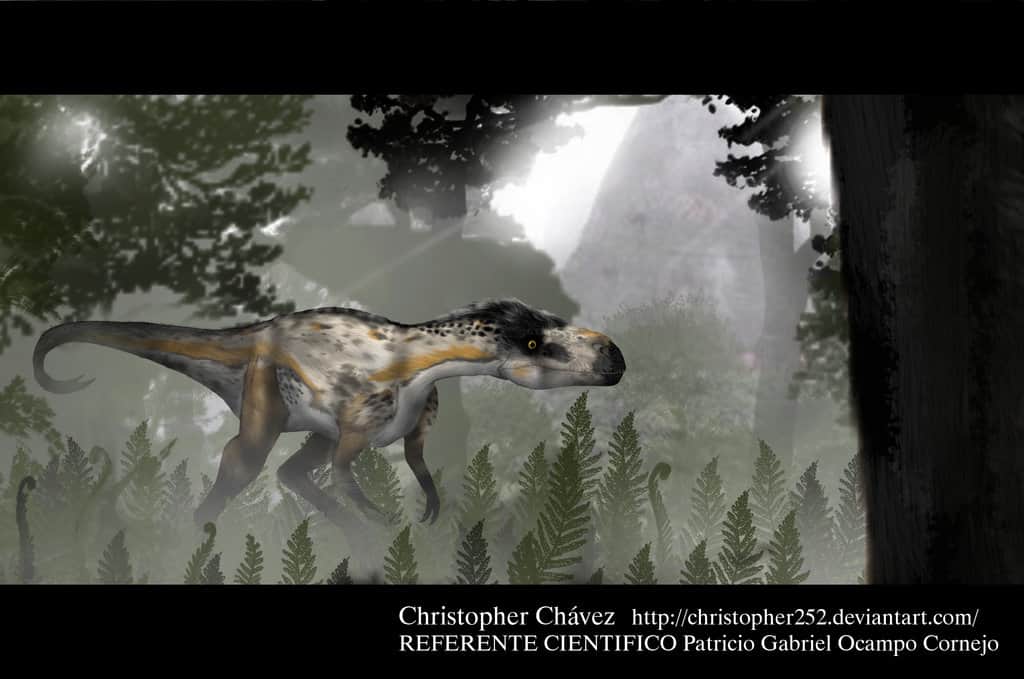 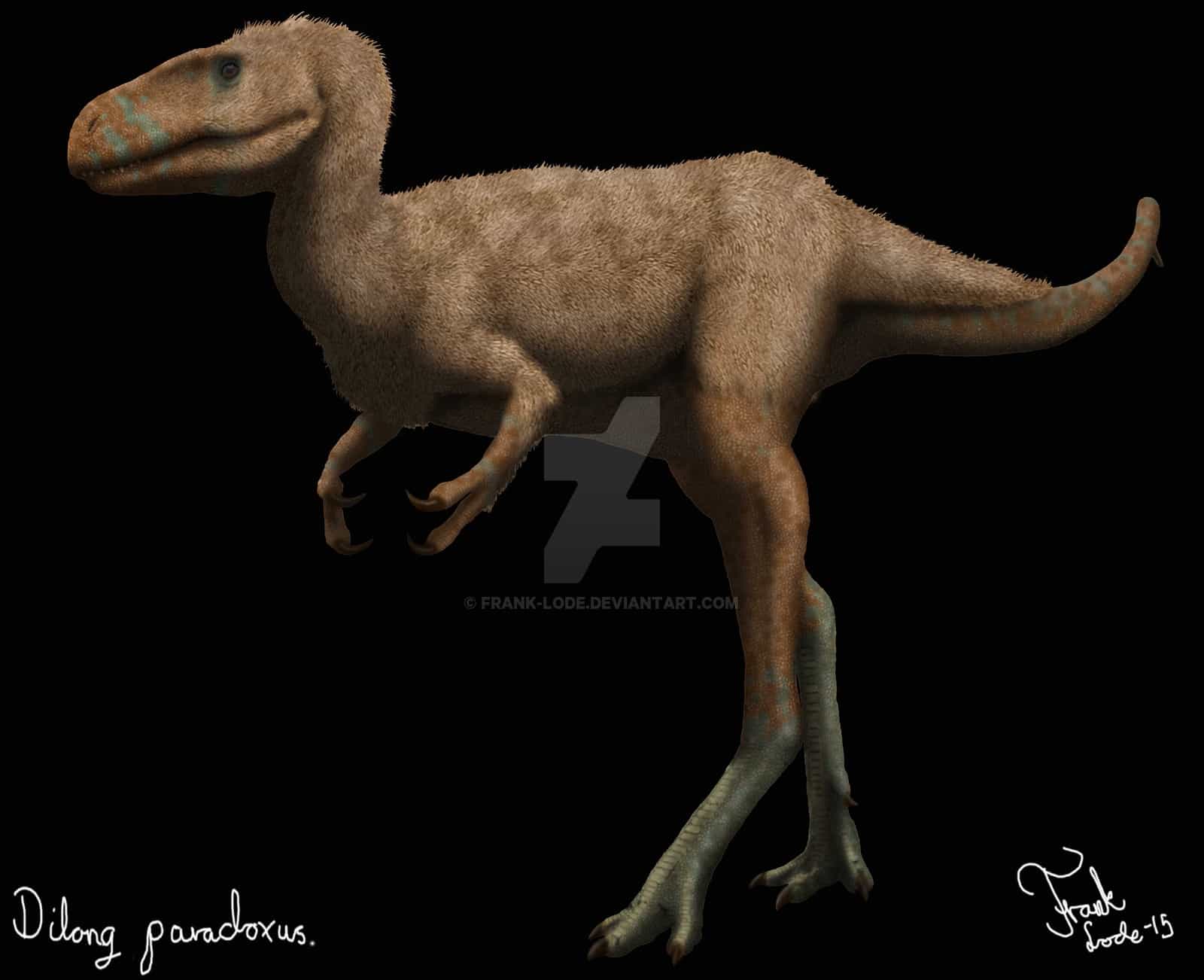 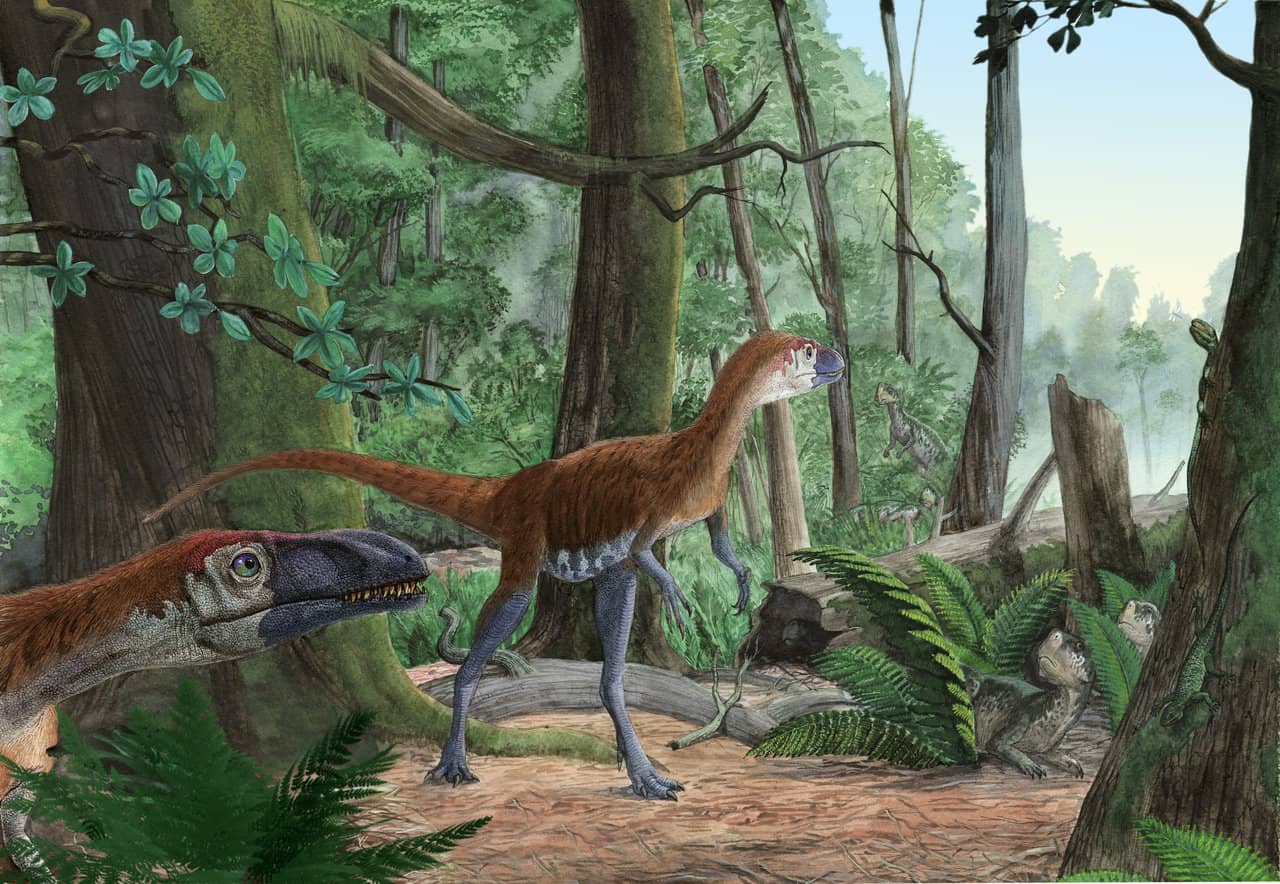