Known as one of the largest marsupials ever, Diprotodon lived between 1.6 million and 46,000 years ago – during the Pleistocene Period. It was first discovered during the 1830s by Major Thomas Mitchell. He discovered the fossils of this marsupial in a cave in New South Wales in Australia. After discovering them, he then sent them to Sir Richard Owen, who described and named it in 1838. Its name means “two forward teeth.”

Diprotodon was truly a gigantic animal. During the Pleistocene Period, just about every animal grew to enormous sizes and marsupials were no different. This animal was approximately 10 feet long and would have weighed in excess of 3 tons. Known also as a “Giant Wombat”, these marsupials were about the size of a rhinoceros.

One of the many fascinating facts about Diprotodon was that it lived all over Australia. While many animals existed in just one or two areas, the Giant Wombat could be found all over the continent. It lived everywhere from New South Wales to Western Australia to the Northern Territory.

If you look at Diprotodon pictures, then you’ll notice that this marsupial was covered in fur and looked very much like a giant rodent. It had an extremely large nose and pronounced front teeth. More than likely, it was an herbivore – feeding on everything from leaves to grasses to even salt bushes. Which is probably why it lived all over Australia. It could virtually have lived off of any plant.

Scientists believe that Diprotodon went extinct because of an extreme drought. It is believed that these animals began migrating in search of increasingly scarce sources of water. Many of the fossils recovered have been around salt lakes. Some of them have also been recovered from inside the salt lakes. That suggests that many of these marsupials fell through the crystalline surfaces of these lakes and subsequently drowned. 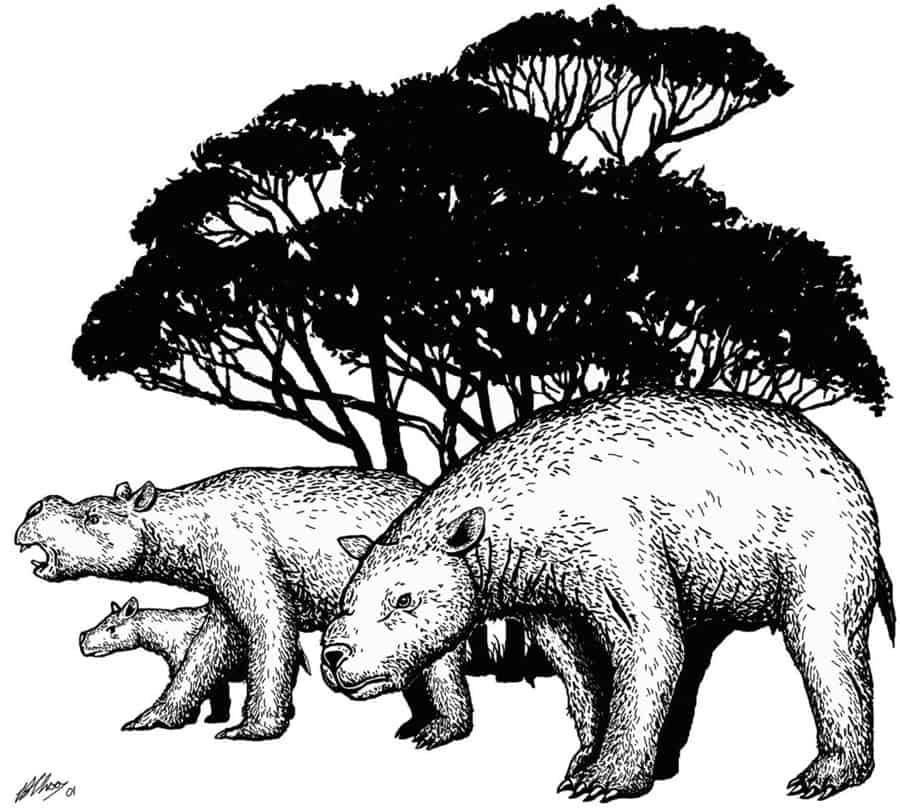 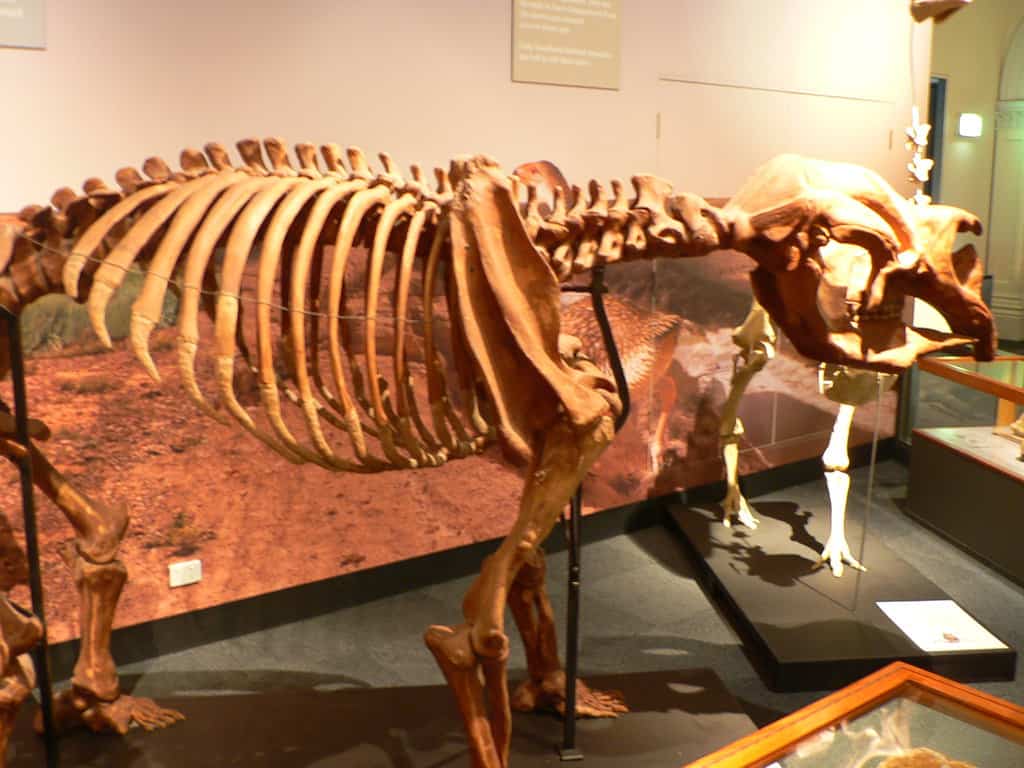 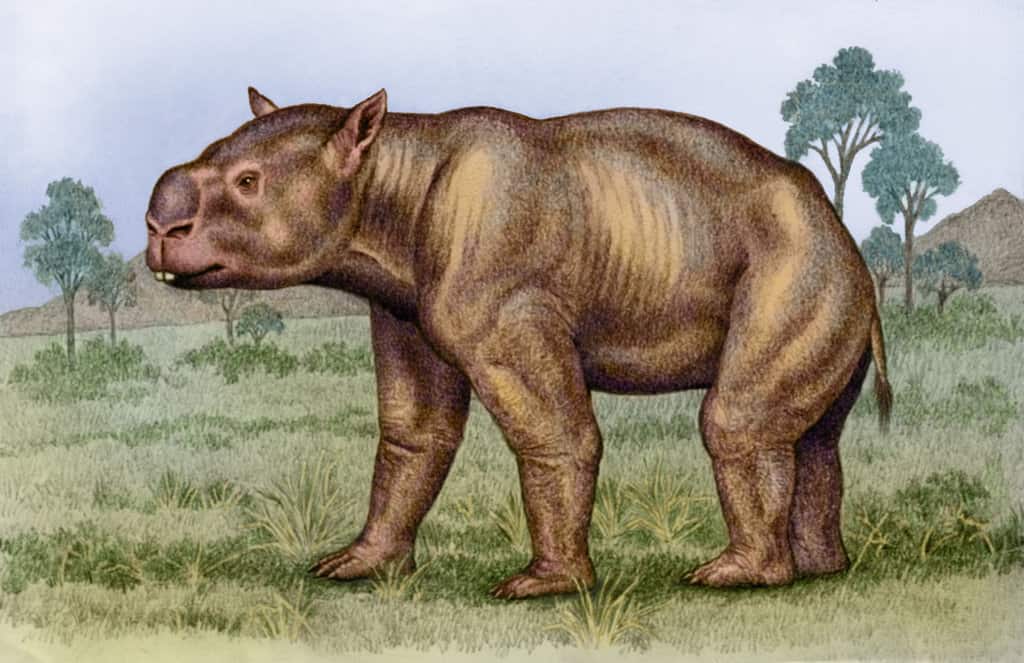 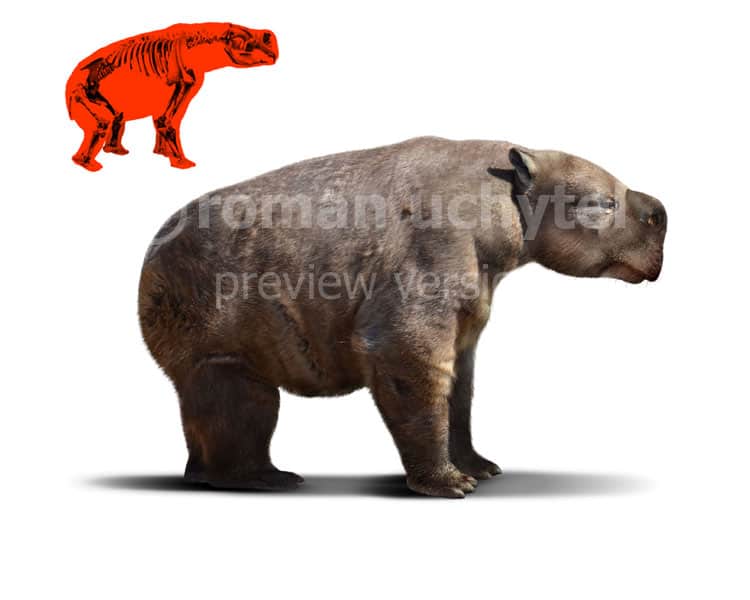 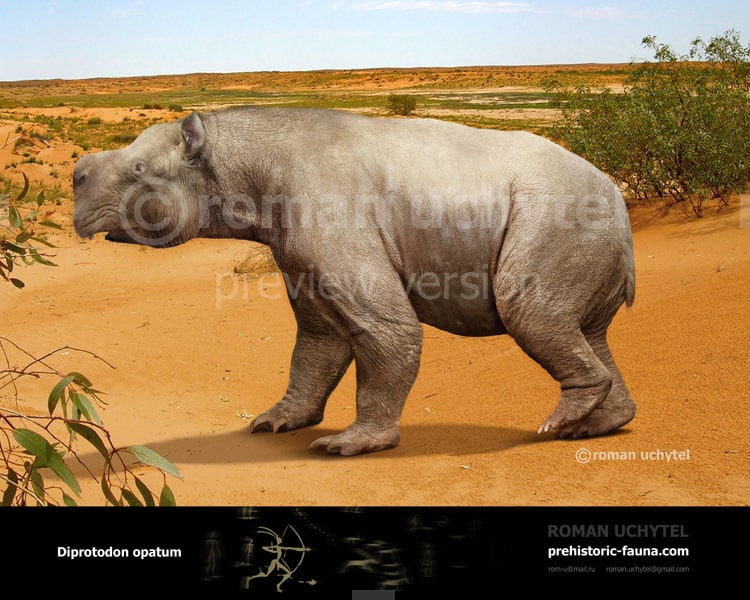 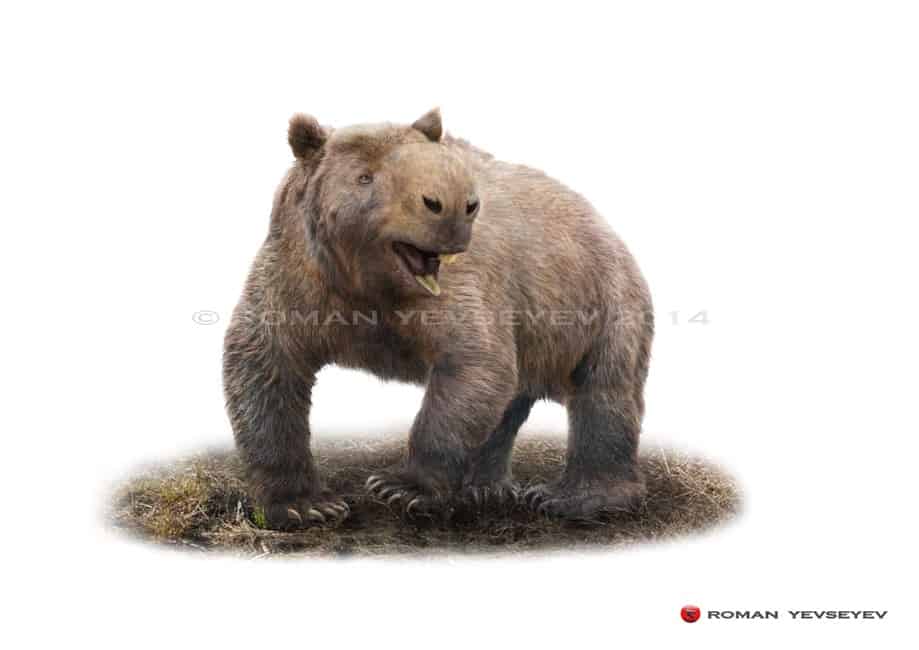 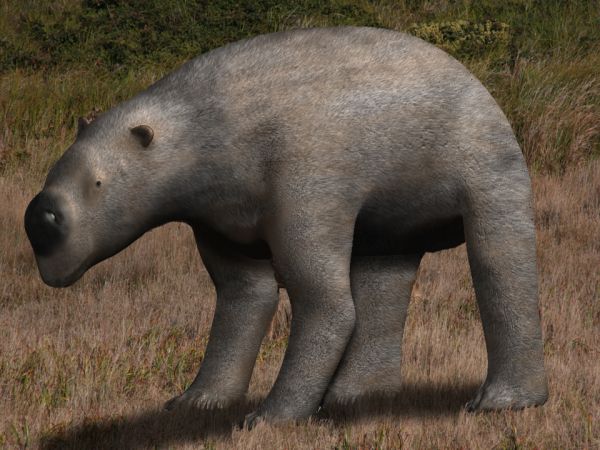 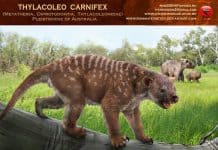 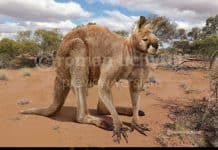 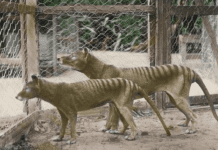