Estemmenosuchus was a therapsid which lived approximately 255 million years ago during the Late Permian Period. It was first discovered during the middle of the 20th century in Russia and was named by P. K. Chudinov in 1960. The name of this animal means “crowned crocodile” in Greek.

Don’t judge this animal by some of the Estemmenosuchus pictures on the Internet today. That’s because most of them make these animals look like some kind of crazy hippopotamus with elaborate head crests. Which can make it look pretty scary. However, it probably wasn’t all that scary in real life. It was probably more like a modern cow.

Estemmenosuchus was about 13 feet long and weighed around 500 pounds. Its body was very much like a cow’s body – except it had legs that were shorter than a cow’s legs. Its skull had a lot of different bony knots on it, which were probably used to protect itself from predators and wasn’t used as a weapon. And while this animal had sharp forward pointing teeth, they probably were mainly used for eating plant material such as cycads and conifers.

One of the most interesting facts about Estemmenosuchus is that its large body is usually indicative of the digestive system of a herbivore. Herbivores, like cows, usually have larger bodies to accommodate all of the digestive plumbing needed to digest plant material effectively. Which is why scientists believe that it lived mainly on plants. Although scientists haven’t ruled out that it may have had meat on occasion.

Its leg orientation also suggests that it was an herbivore. Its back legs are positioned directly over its hips. This suggests that it may have done a lot of walking, as having the legs in this position would have offered efficient locomotion. Its front legs, however, splayed more to the sides. This would allow it to easily push the front part of its body down to eat grasses and other plant materials. In other words, it really seems like the body of Estemmenosuchus was more suited to eating plants than animals. 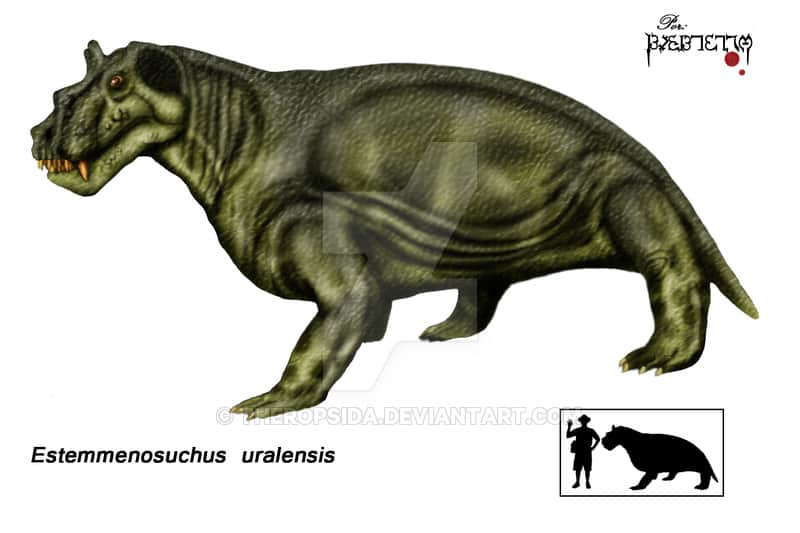 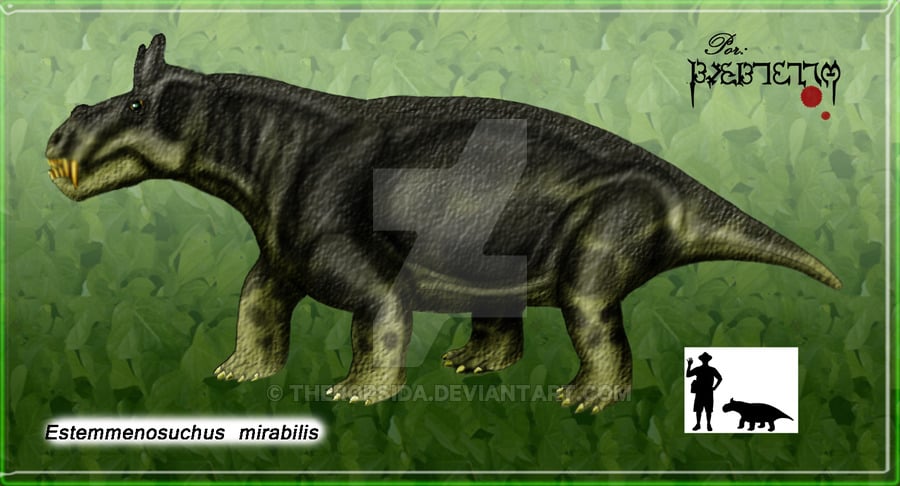 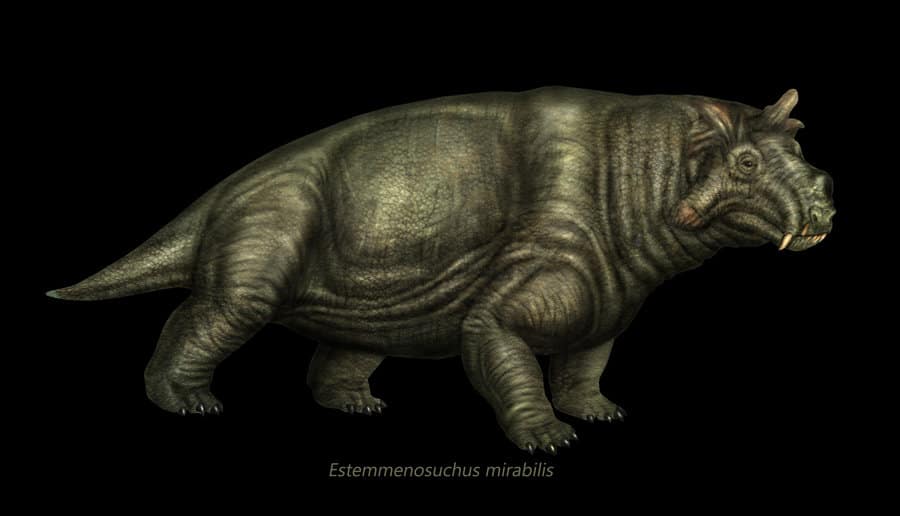 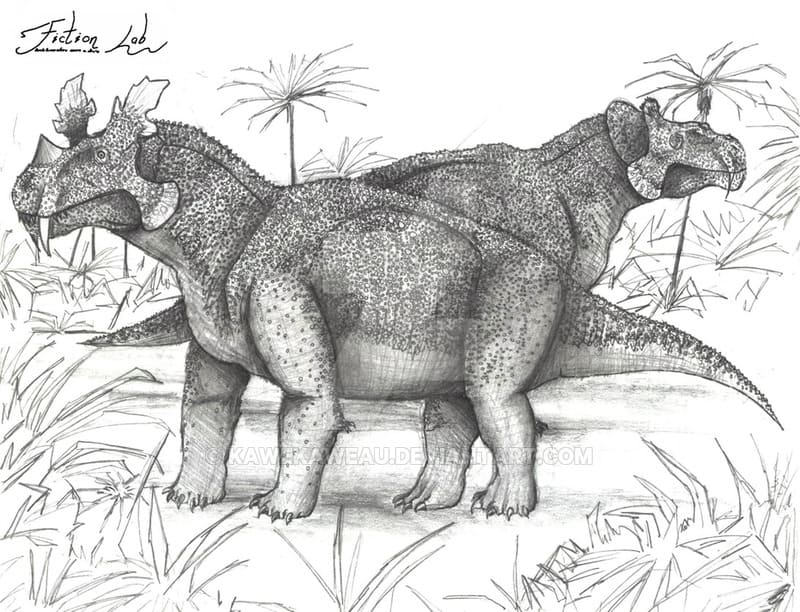 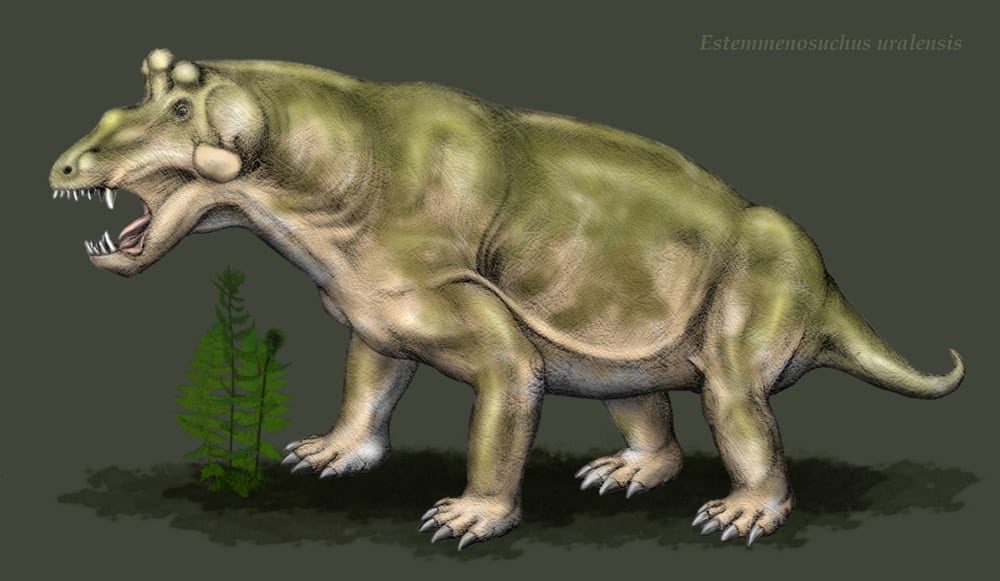 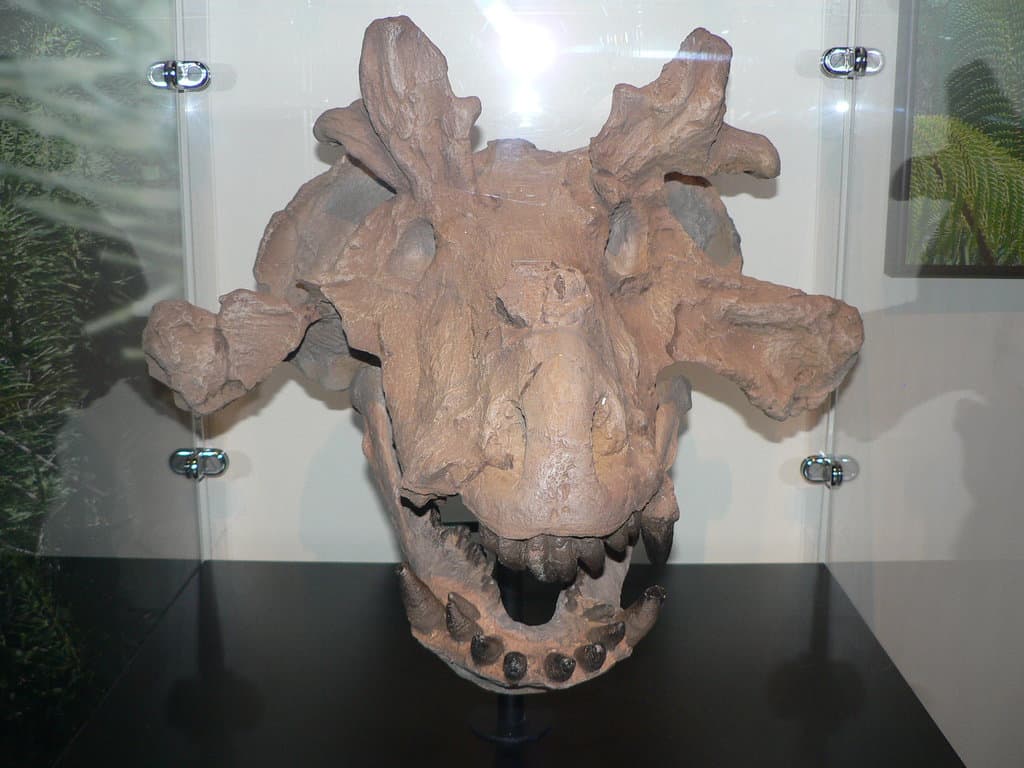 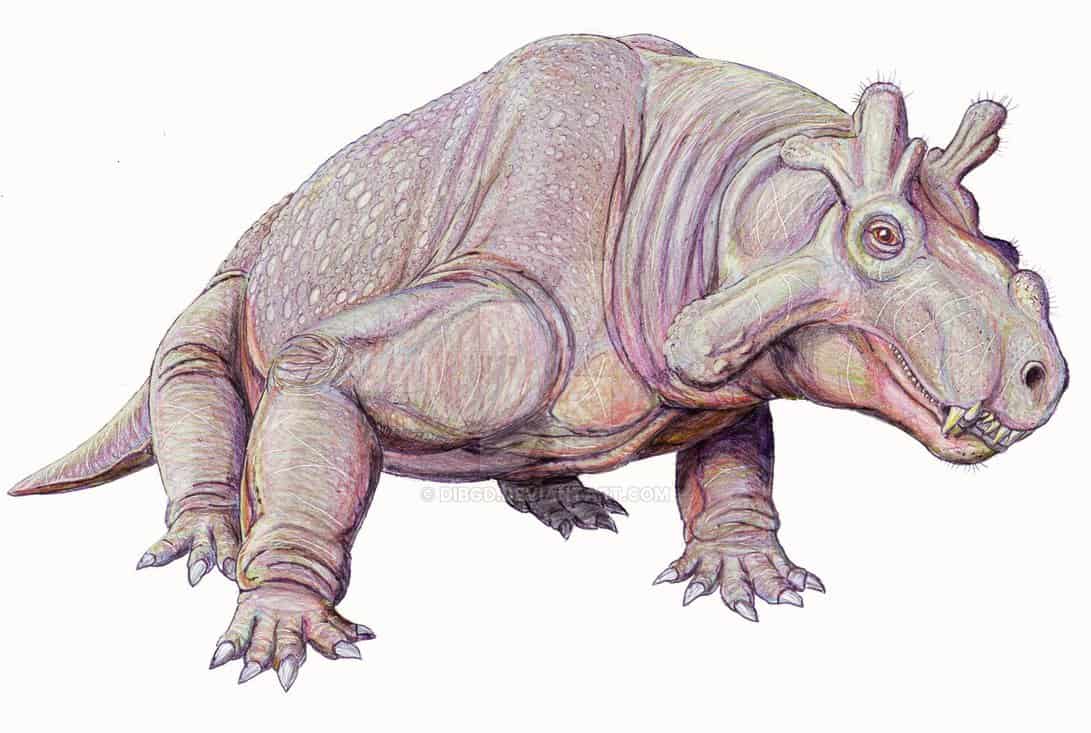 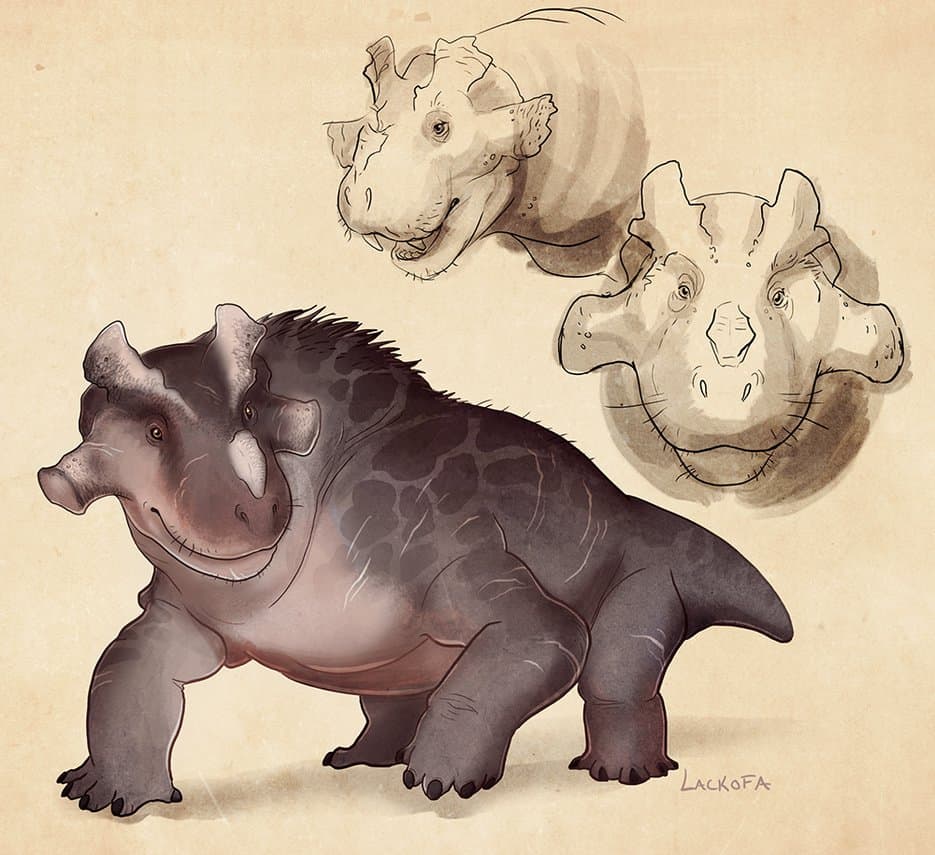 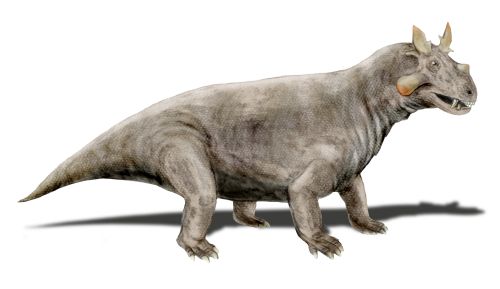 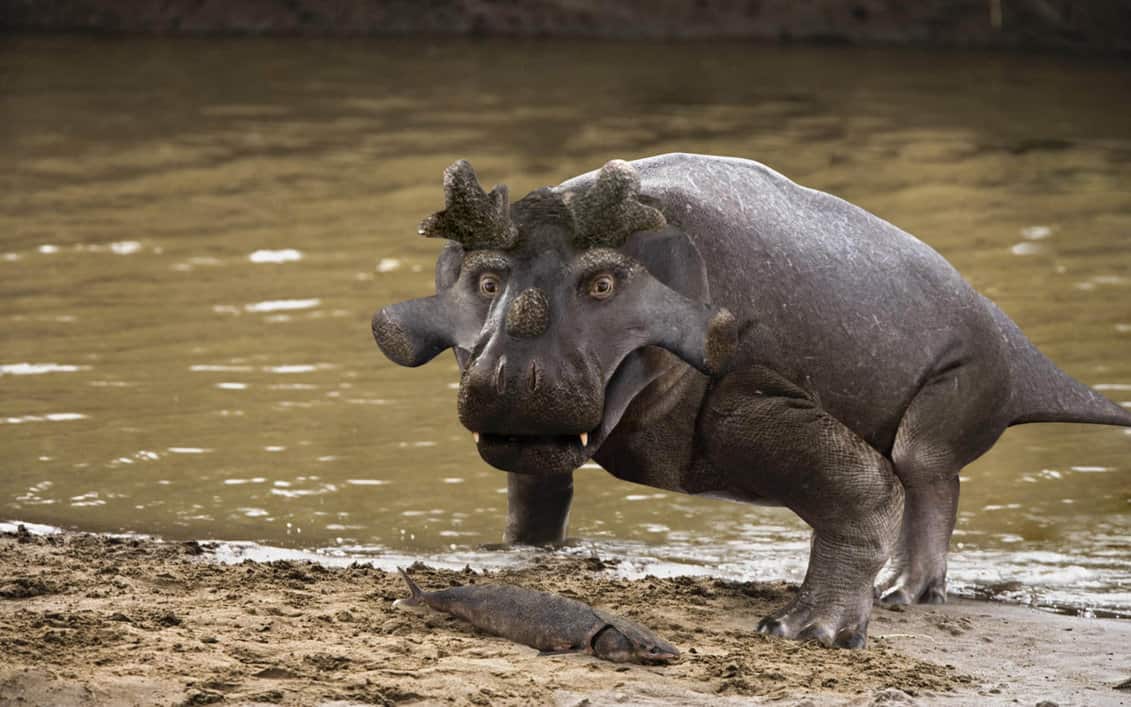