Gomphotherium is a prehistoric elephant which lived approximately 15 million to 5 million years ago – from the Early Miocene through the Early Pliocene Periods. It was first discovered in the early 19th century and was named by Hermann Burmeister in 1837. The name of this elephant means “welded mammal.”

If you take a look at Gomphotherium pictures, then you might be a bit surprised. That’s because this mammal is clearly an elephant – as can be seen from its large body, thick legs, fan-like ears and large trunk. However, it also has features that a modern elephant doesn’t have; most notably, the shovel-toothed lower tusk of this animal.

While this animal’s lower tusk might look kind of weird, it does have a purpose. Its purpose was to scoop up plant matter from swamps and lake beds that have become flooded. One of the most fascinating facts about Gomphotherium and its tusks is that this mammal isn’t even the animal with the most pronounced tusks. Amebelodon would hit the scene a mere five million years later and it had lower tusks that made Gomphotherium’s look small.

Gomphotherium was about 13 feet long and weighed around 5 tons. That means that it was a bit smaller and lighter than both the modern-day African bush elephant and Asian elephant.

Although it is a bit smaller than the elephants today, it is probably safe to say that it still probably fed in about the same way as modern elephants. It probably spent about 12 to 18 hours a day feeding and it probably eight somewhere around 400 pounds of vegetation during that time. While that seems like a lot of food, it isn’t as much as an African bush elephant would eat today. 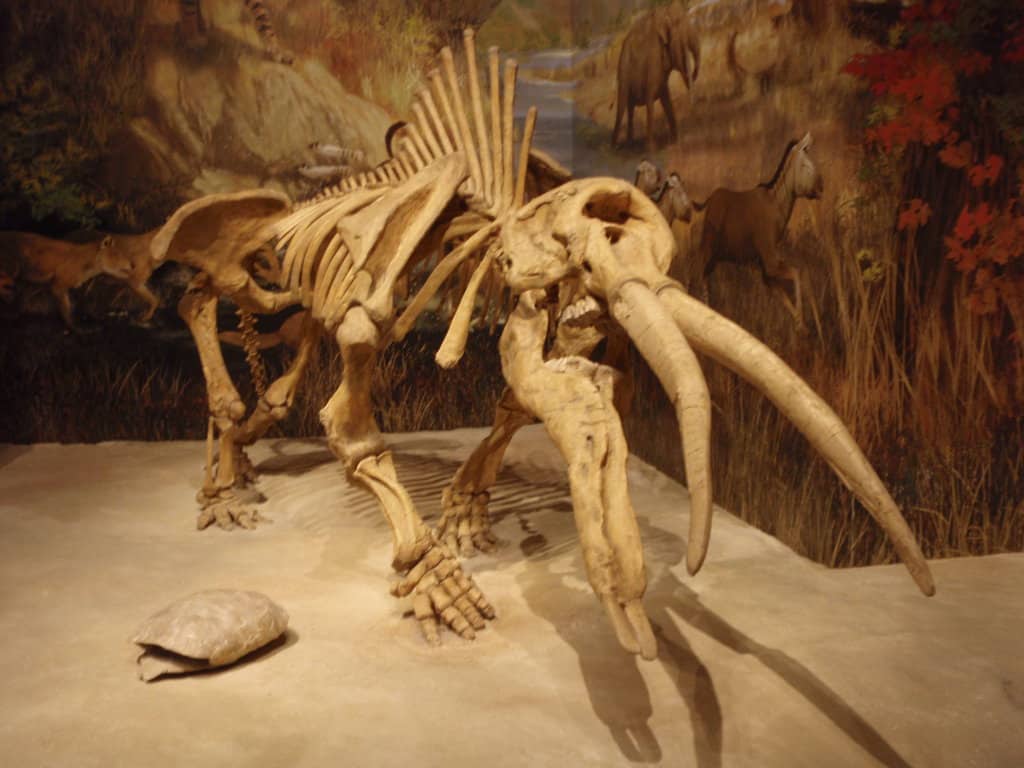 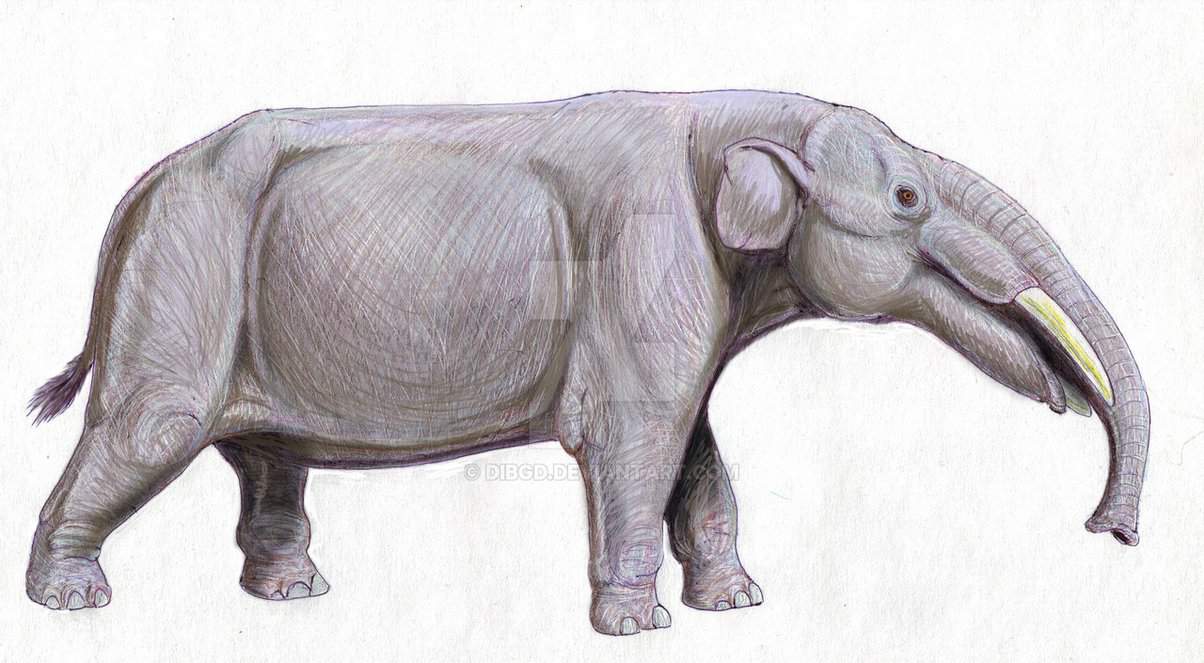 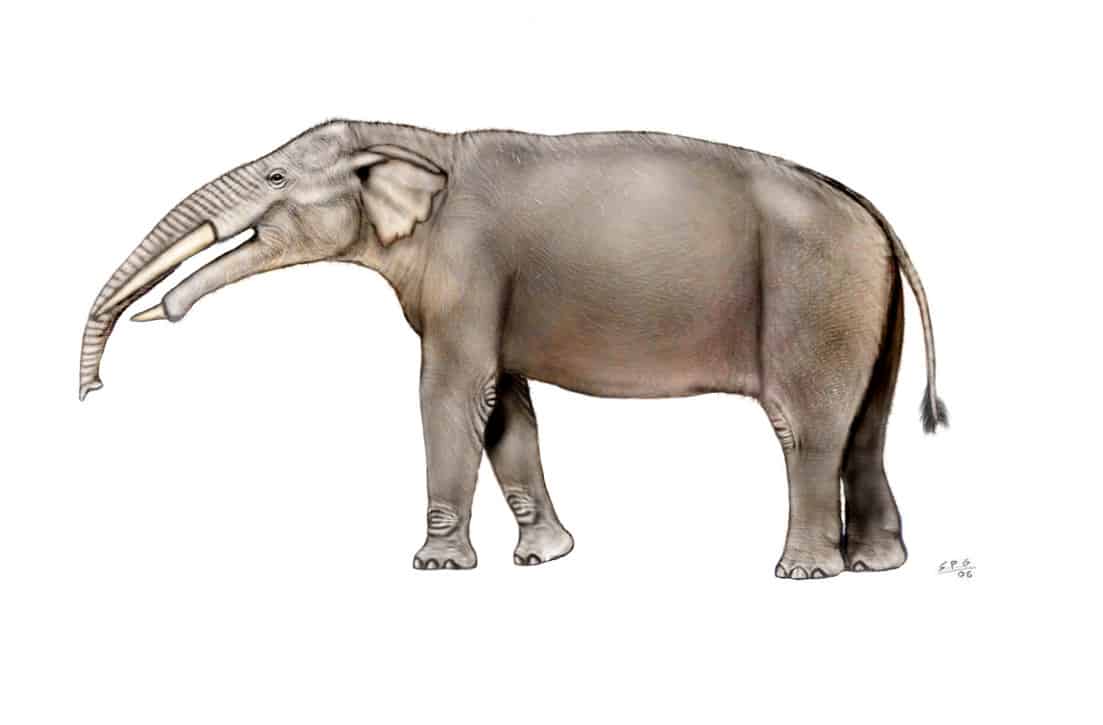 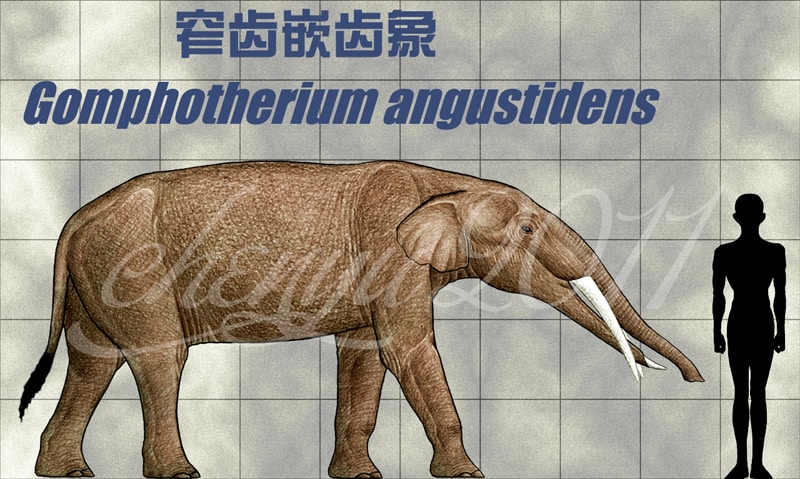 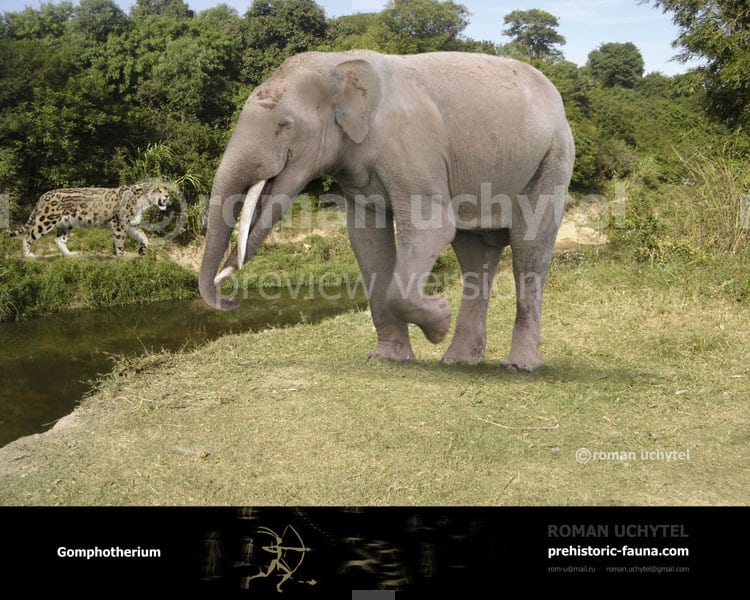 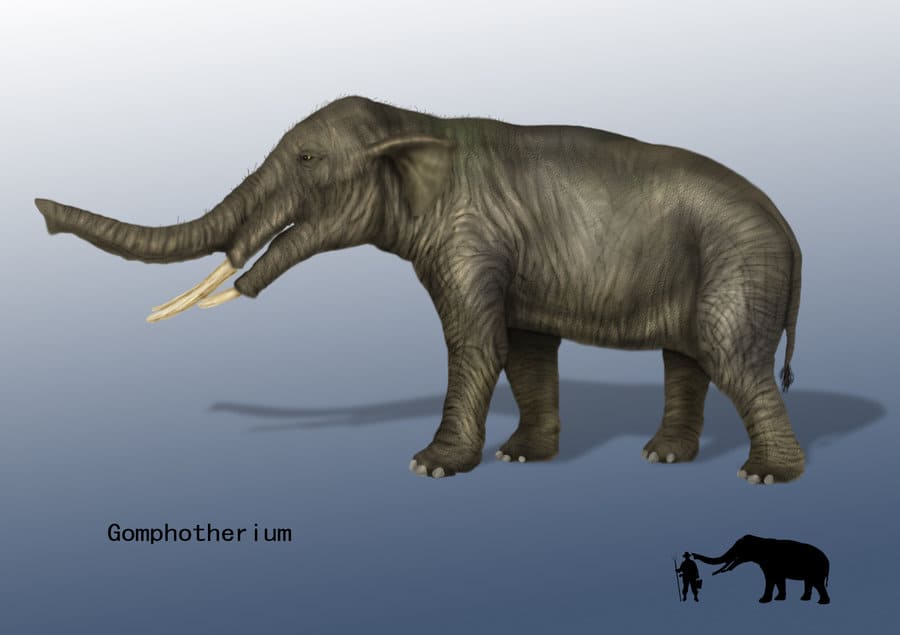 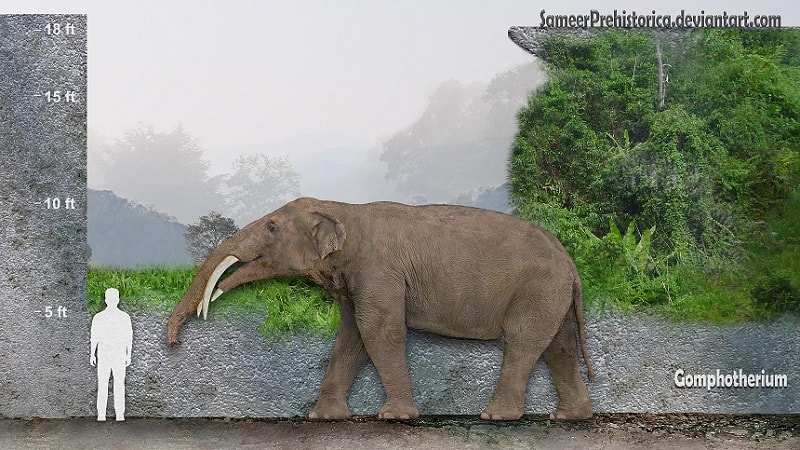 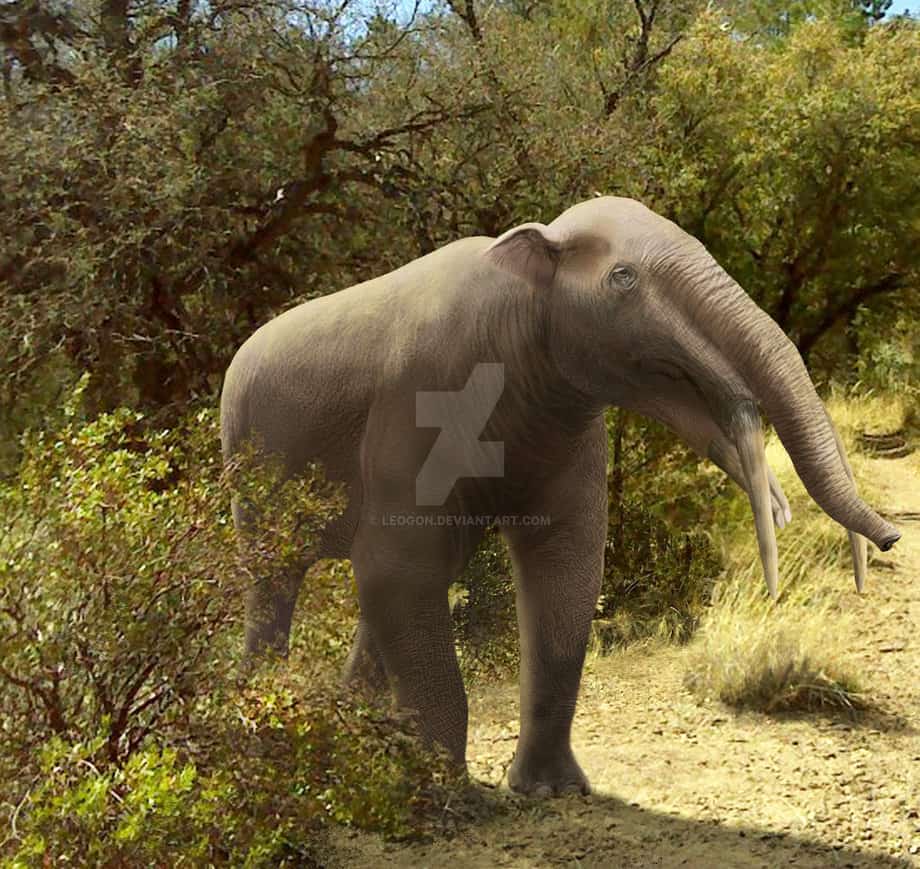 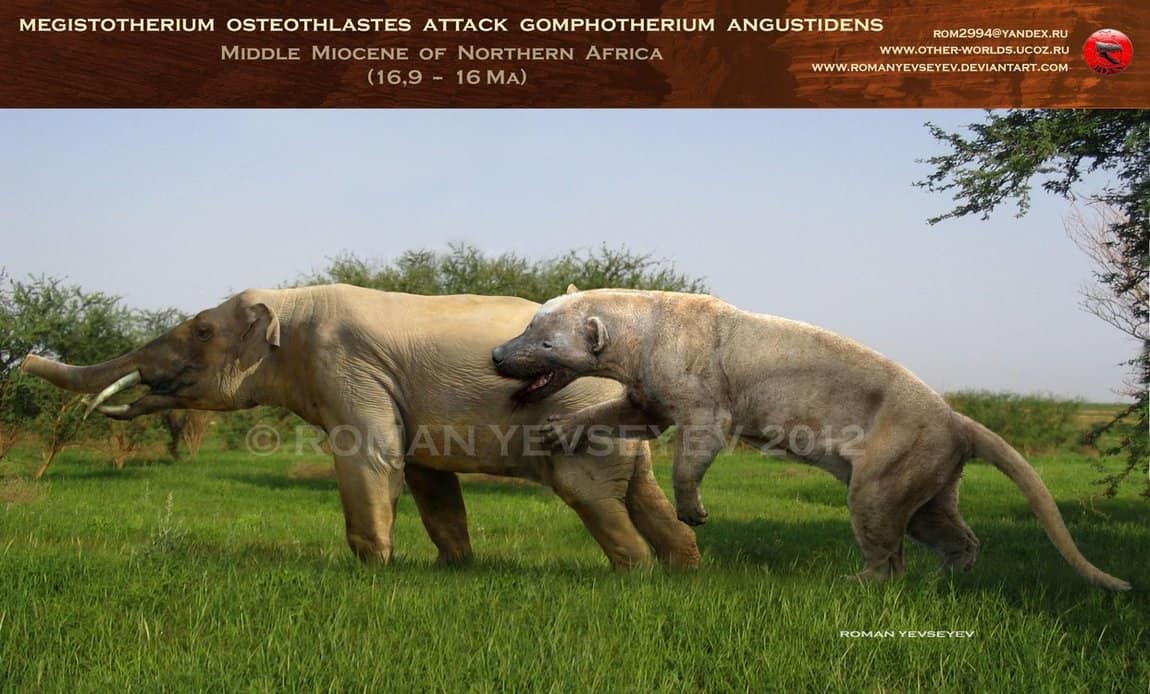 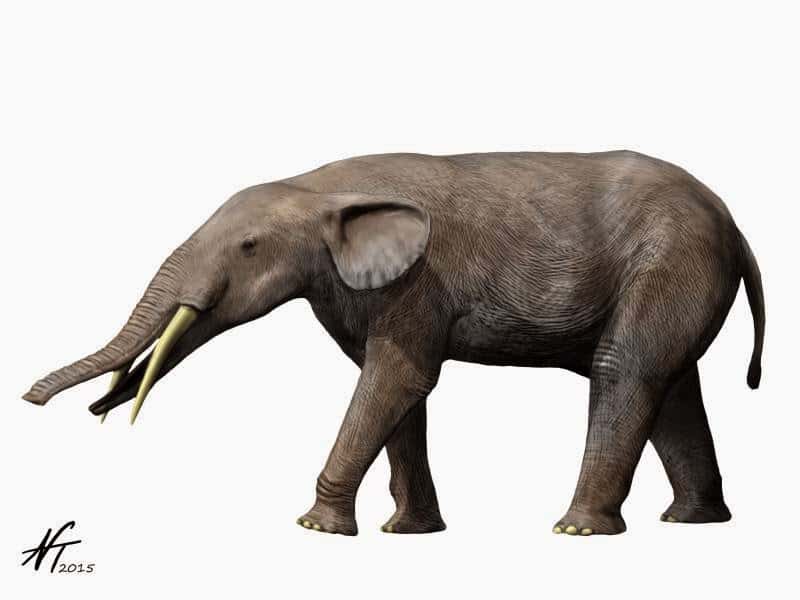