Kelenken is a bird that was discovered in 1999 by Guillermo Aguirrezabala in Comallo, Argentina. This bird was one of 18 different groups of “terror birds” which lived on this planet. This bird lived during the Middle Miocene Period that extended from about 23 million to about 5 million years ago. Its name is an indigenous Native American name which means “winged deity.” These birds not only lived in Argentina but most likely lived all over South America.

If you take a good hard look at Kelenken pictures, you’ll quickly come to the conclusion that these were some terrifying birds. Some interesting facts about Kelenken are that it was about 10 feet tall and weighed around 500 pounds. It had a heavy skull that was about 28 inches long with 18 inches of it belong to its beak. A fascinating thing about this creature’s beak is that it contained a little hook on the end of it that allowed it to eviscerate its prey. Like most birds, both ones that could fly and those who couldn’t, this bird was covered in feathers.

What is really scary about these birds is that they were carnivorous and were very good hunters. However, scientists aren’t really sure how they hunted, although they do have a couple of theories. Most likely, they chased down their prey (these birds were incapable of flight) and then used its massive skull and beak to stun it. When it was stunned, it probably then used the hook on the end of its beak to tear open its prey. Of course, that is only theory. The second theory is that they used their beaks to hold their prey while they shook them violently. This would’ve caused enough force to break their prey’s back – which would allow these birds to eat at their leisure. 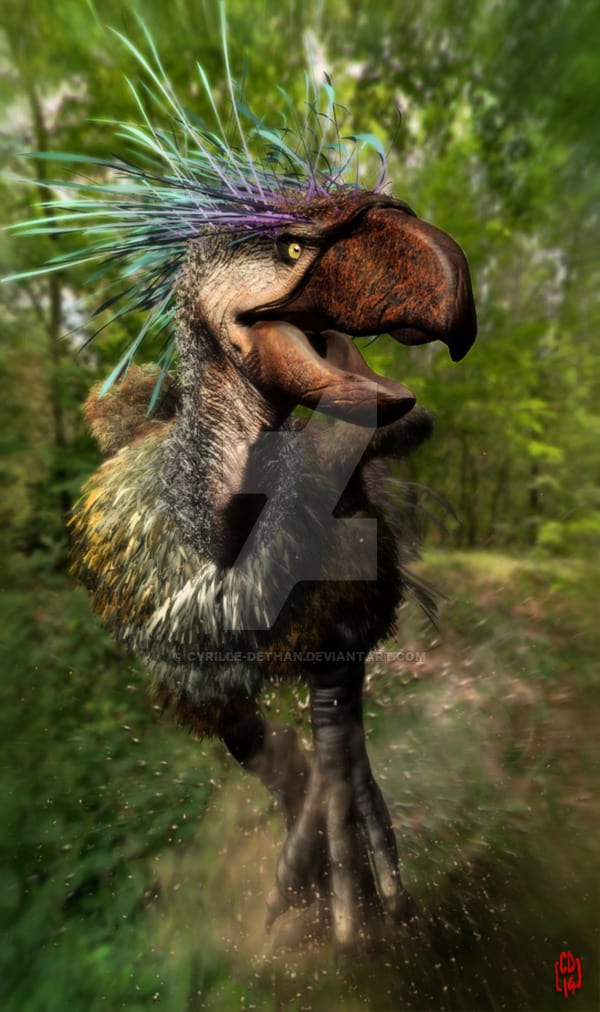 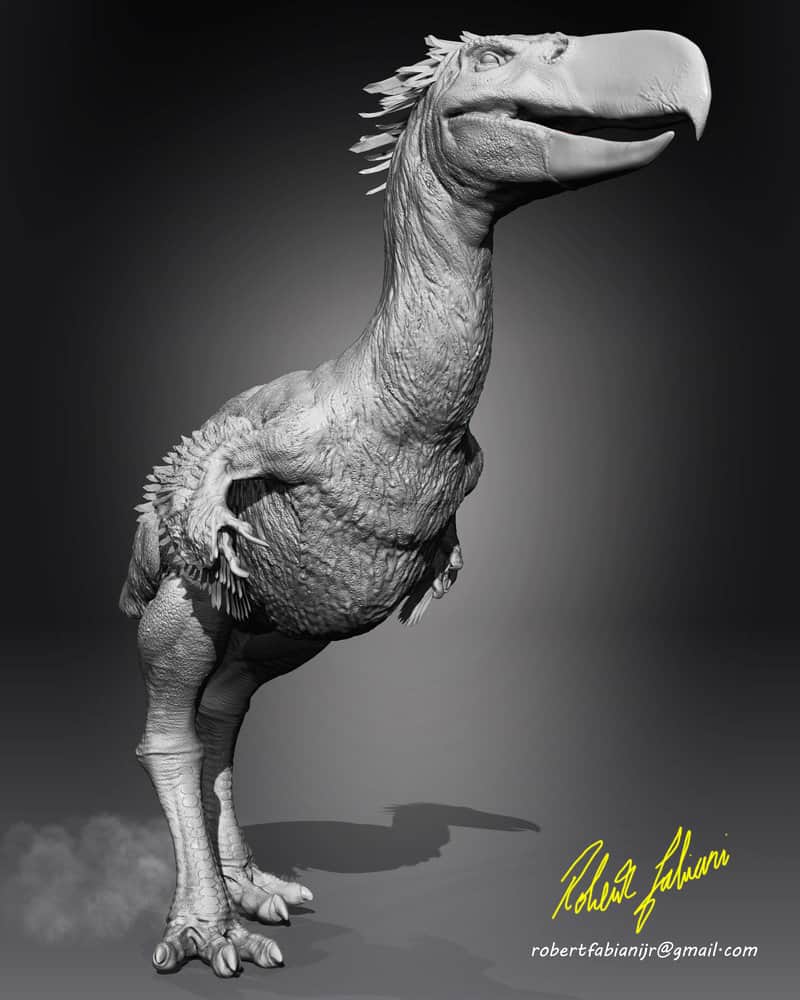 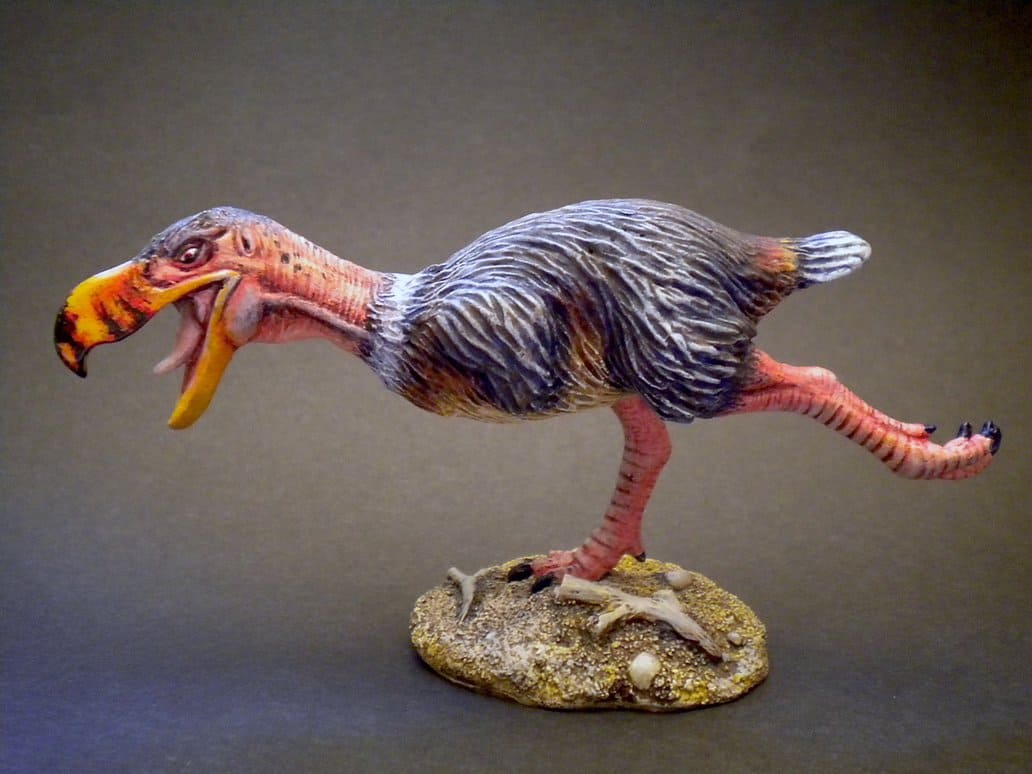 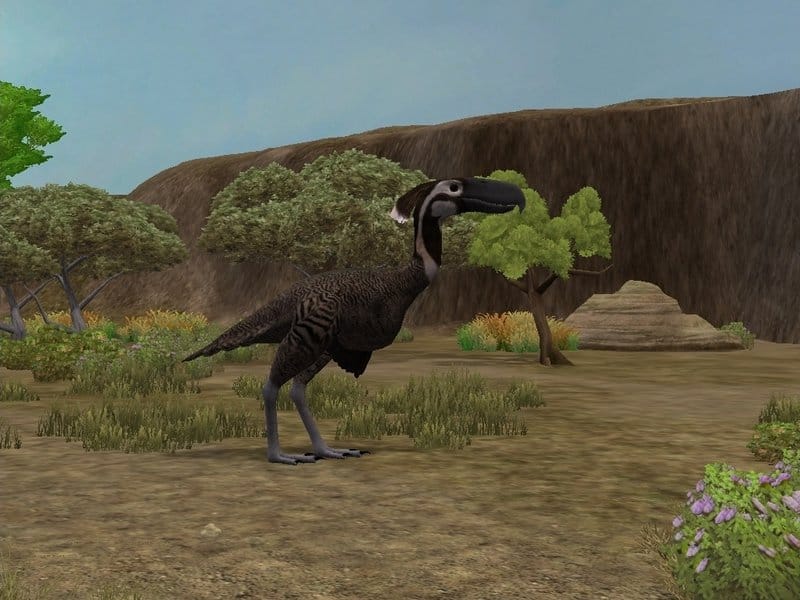 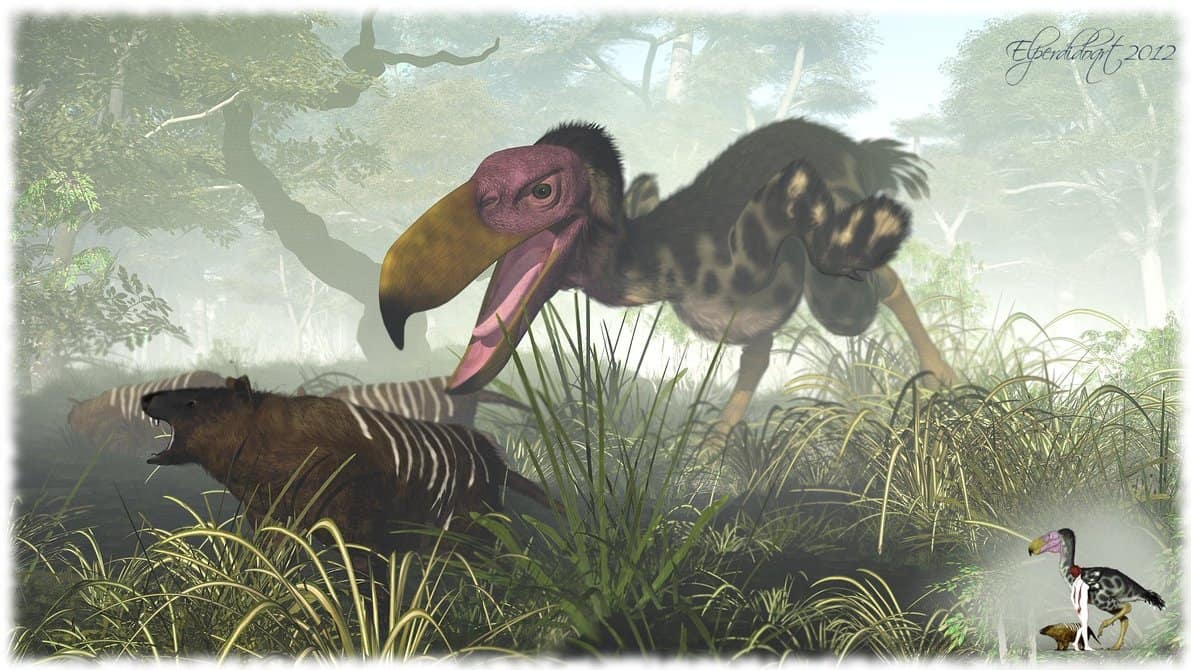 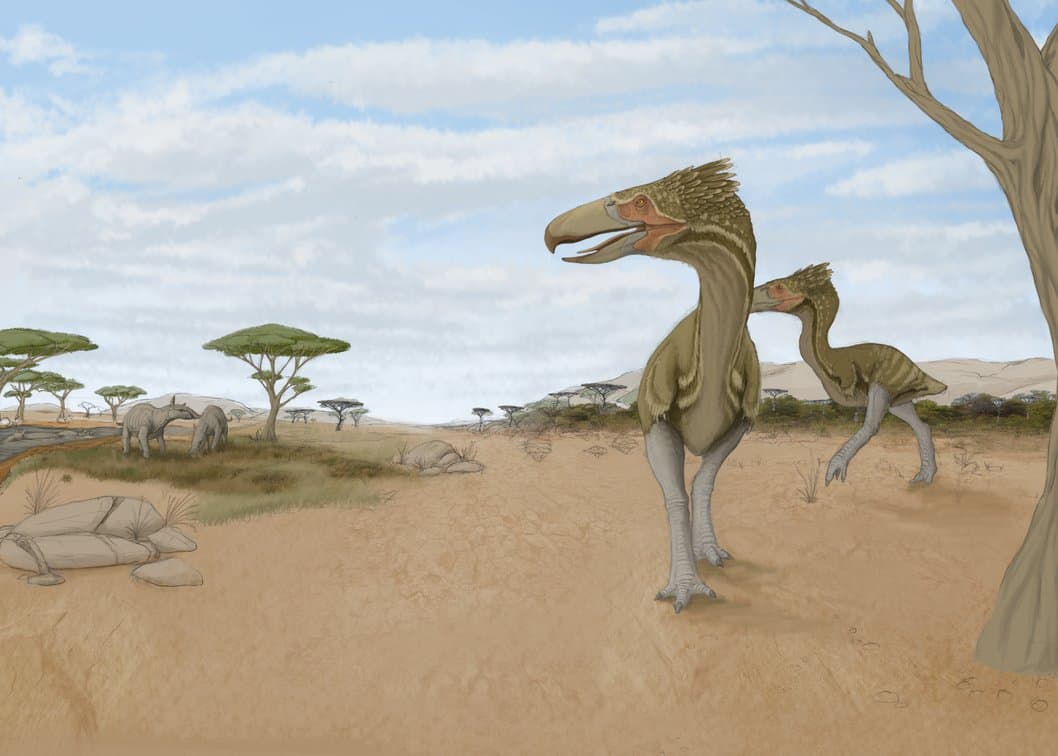 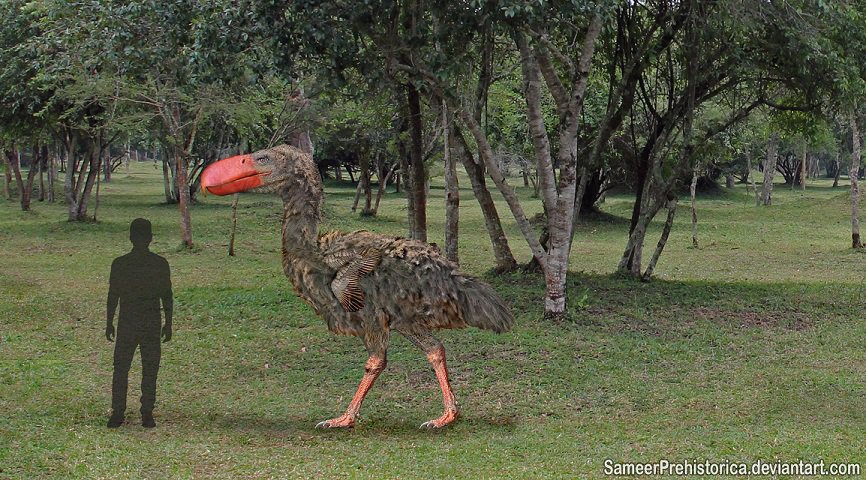 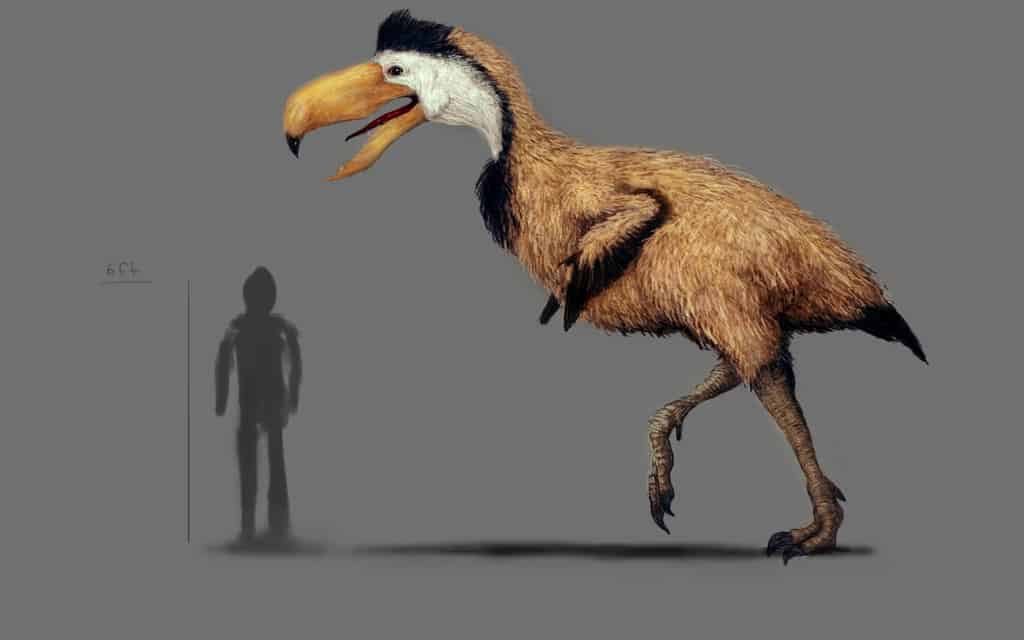