Kentrosaurus is a dinosaur which lived approximately 150 million years ago during the late Jurassic Period. It was first discovered in 1915 by German paleontologist Edwin Hennig in Tendaguru, Tanzania in Africa. It was subsequently named Kentrosaurus later that year—a name which means “spiked lizard.”

Kentrosaurus was a large herbivore that was approximately 17 feet long, from snout to tail and weighed around 2 tons. It had a long and narrow skull that contained a very small brain—about the size of a walnut, and had a beak that didn’t contain any teeth. However, it did have a myriad of cheek teeth which would have allowed it to process all kinds of different plant material. It also had a very well develop olfactory bulb which probably means that its sense of smell was very well developed—since the olfactory bulb is the sense organ for smelling.

This dinosaur was also covered in a lot of armor. It had two rows of bony plates that ran down from its neck to the middle of its back. Where these plates end, spikes take over and these spikes travel from the mid-section of this dinosaur’s back to it tail. An interesting fact about Kentrosaurus is that its back legs were twice as long as its front legs. That allowed it to briefly rear up on its back legs to reach higher vegetation.

Kentrosaurus probably had a pretty varied diet. It most likely ate low lying plants for the majority of its diet. These would have included such plants as seed ferns, horsetails, ferns and club mosses. However, since it could rear up on its back legs, it probably also enjoyed browsing from conifers, gingkos and Cycadeoidea. It probably took a whole lot of this plant material to feed this dinosaur and it most likely had to consume over 300 pounds of food just to survive! 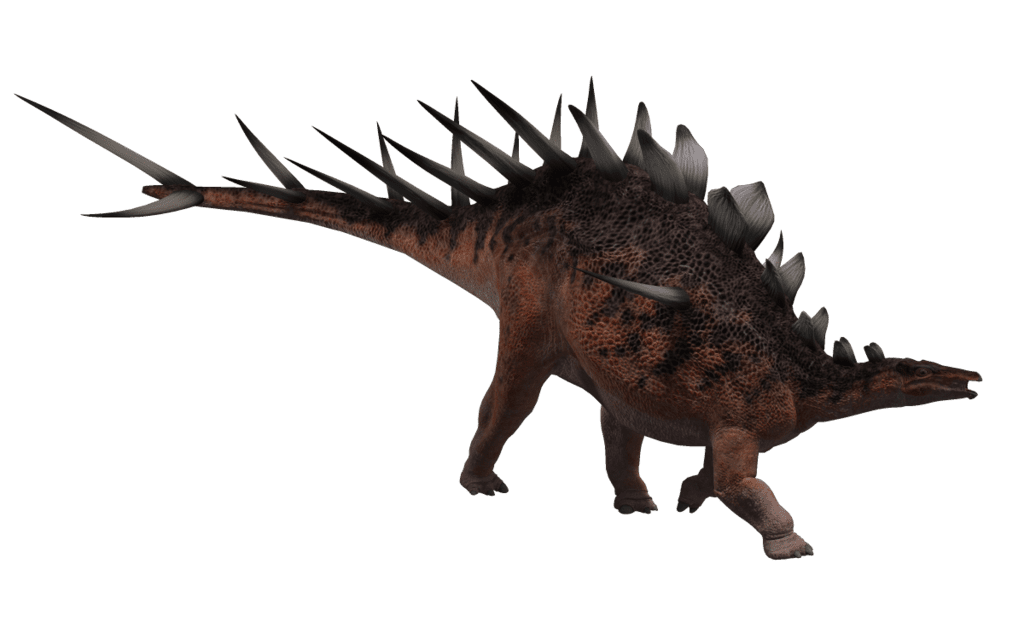 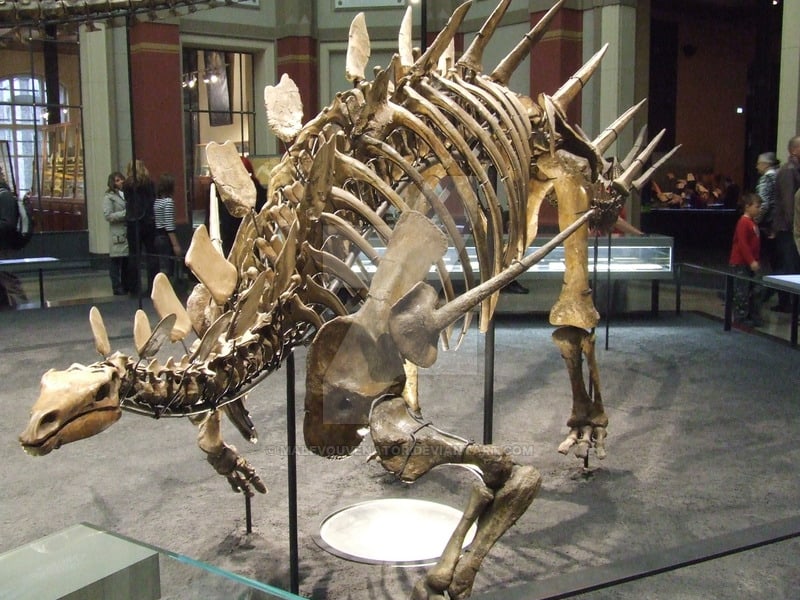 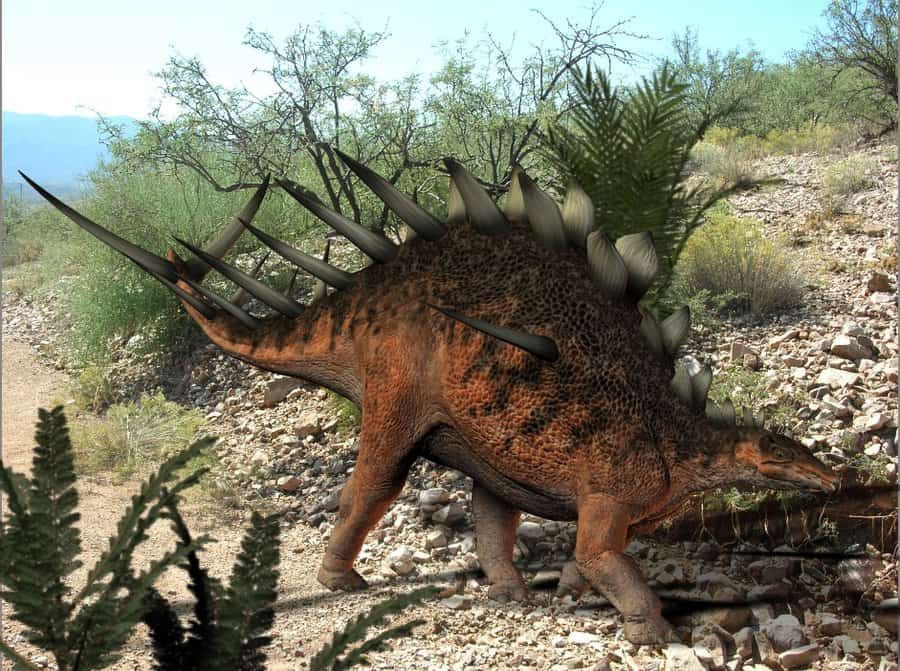 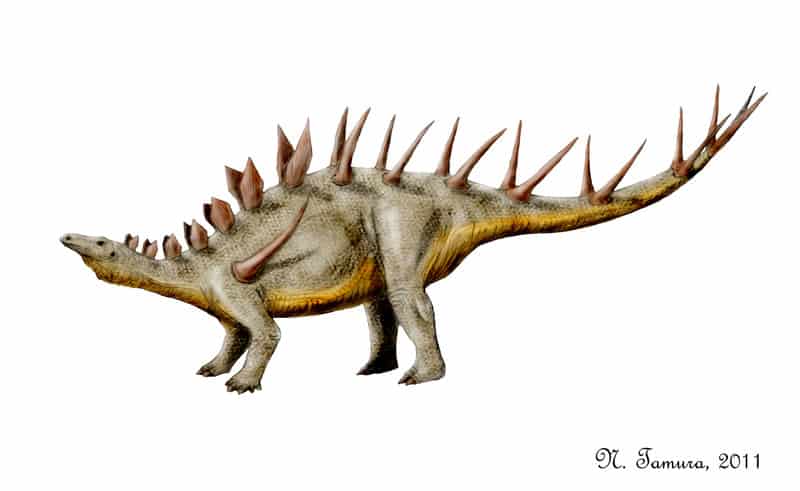 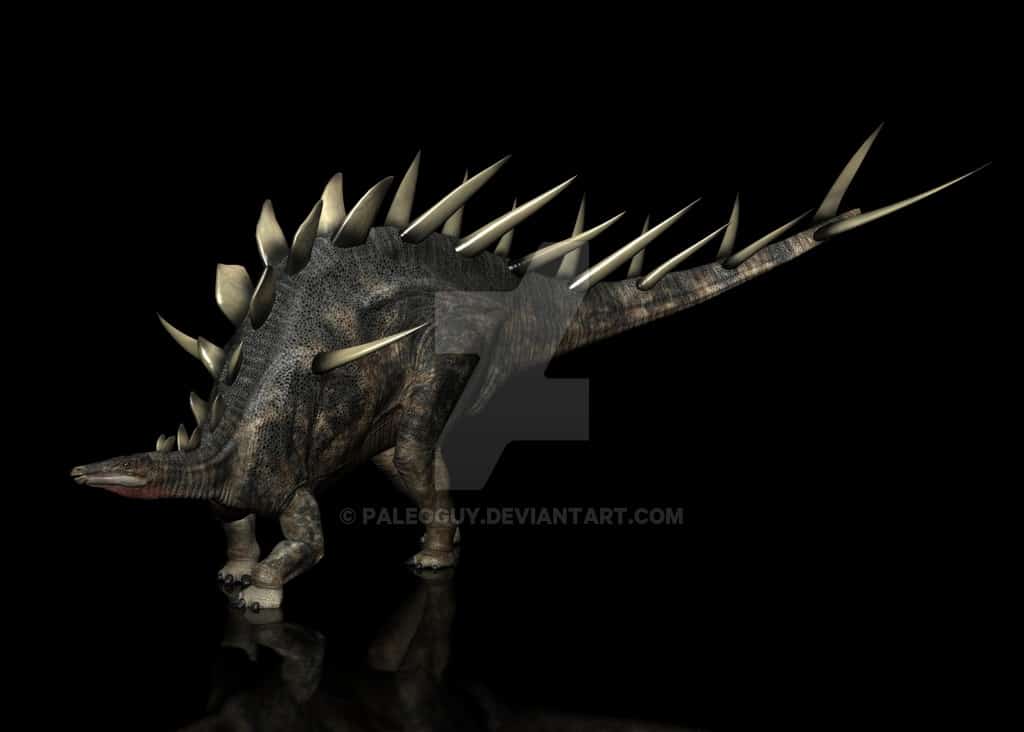 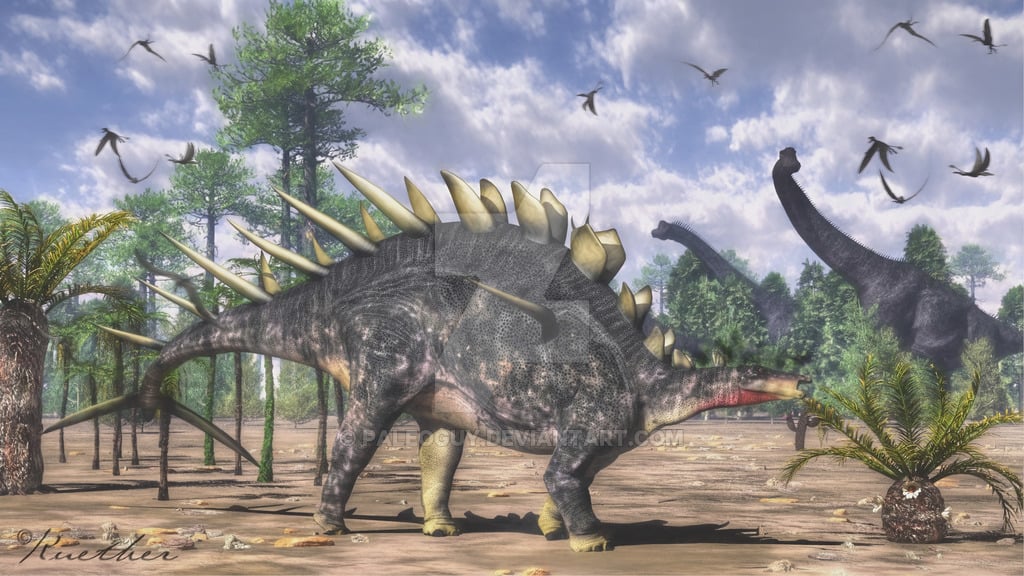 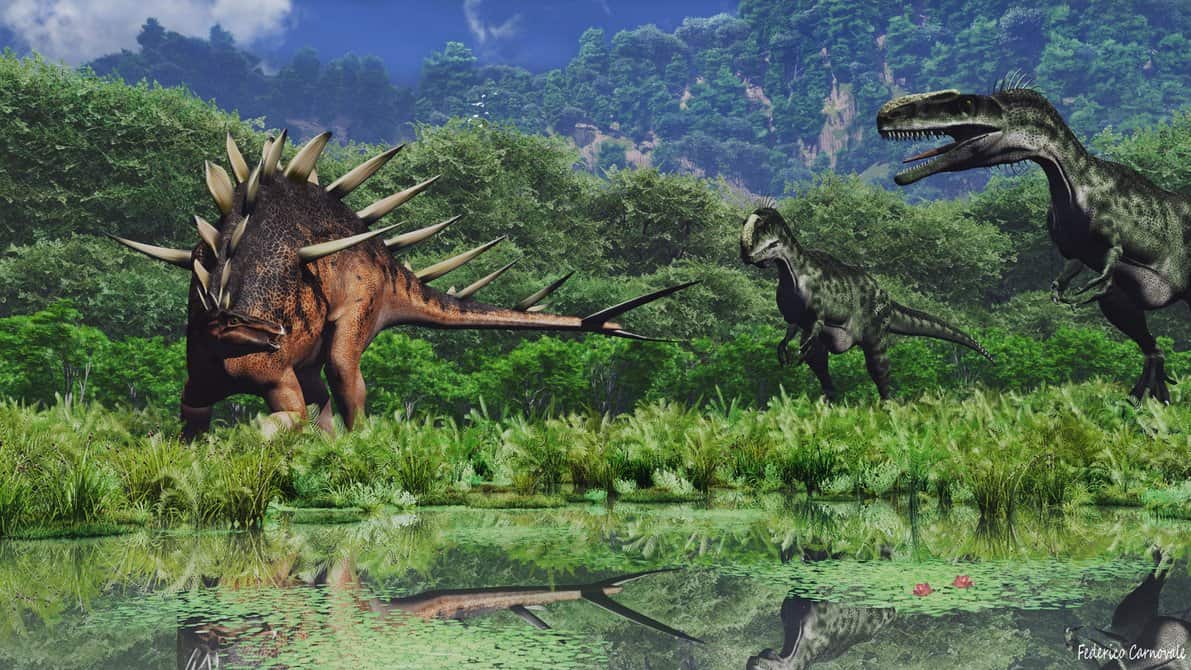 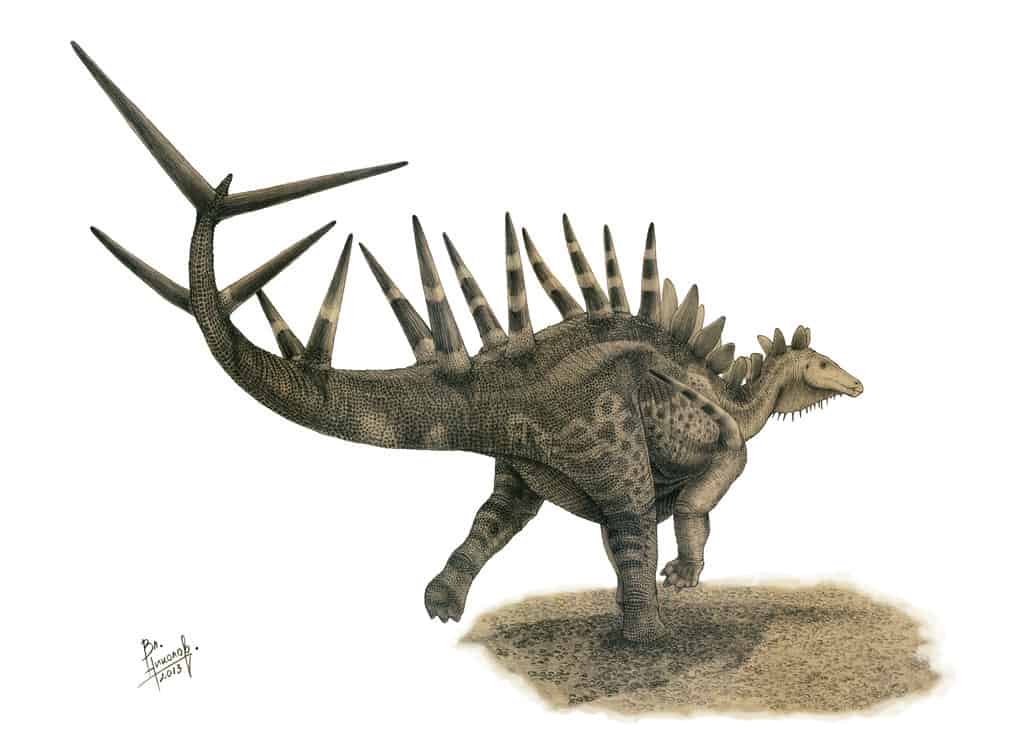