Mamenchisaurus is a dinosaur which lived approximately 150 to 160 million years ago during the late Jurassic Period. It was first discovered in 1952 on the construction site of what was to become the Yitang Highway in Sichuan, China. In 1954, it was examined by paleontologist Yang Zhongjian and eventually given the name Mamenchisaurus. This name means “Mamenxi or ferry lizard.”

This quadrupedal herbivore was approximately 80 feet long, 30 feet high and had a neck that 46 feet long. Mamenchisaurus was also quite heavy, weighing in at around 12 tons. The really impressive thing about this dinosaur however, was its neck. Its neck had 19 individual vertebrae; quite a lot for a neck that supported a head that was really small.

Therefore, it is believed that Mamenchisaurus only ate low lying foliage. Which brings up the question, why was its neck so long? Well, to answer that, some paleontologist have asserted that this dinosaur used its long neck to poke its head into dense forests. This would have allowed it to eat plants in wet, water soaked areas where the ground was too soft for this dinosaur to walk upon without sinking. Plants it could have eaten in these areas include seed ferns, club mosses and horsetails. 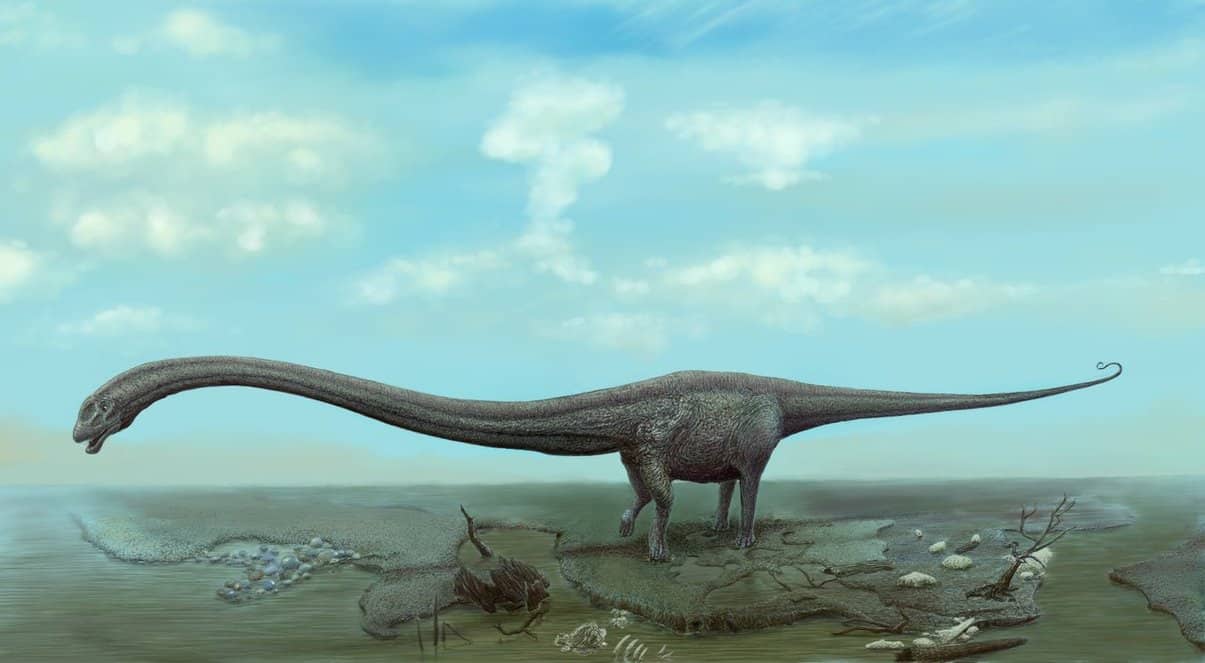 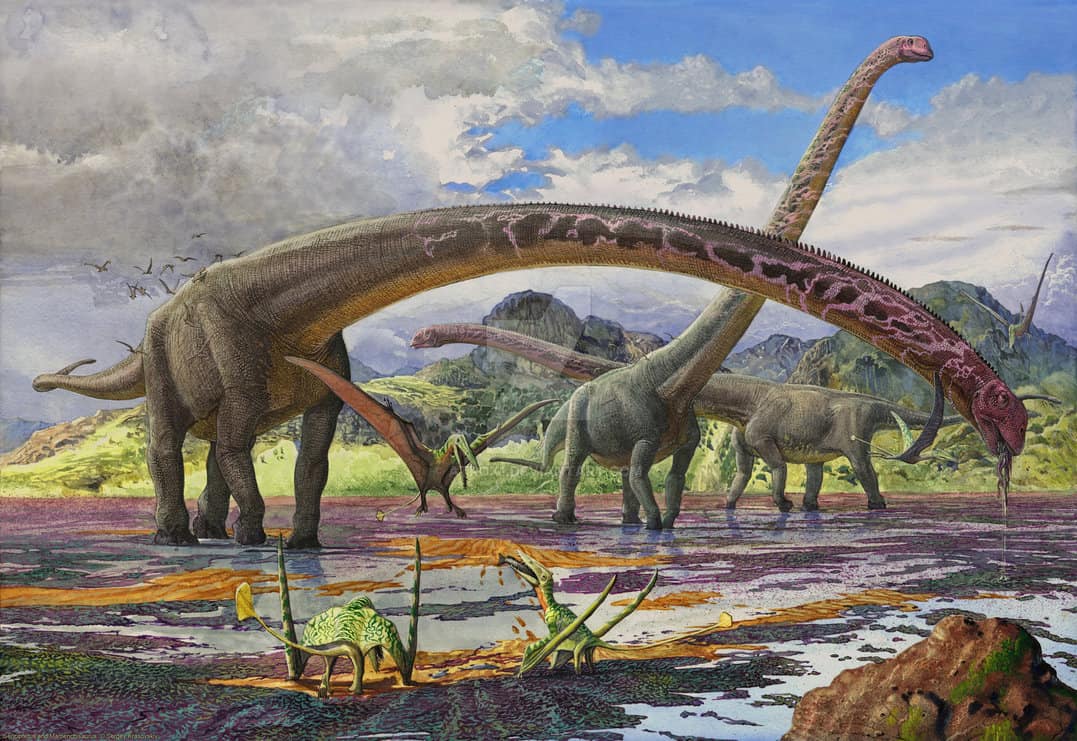 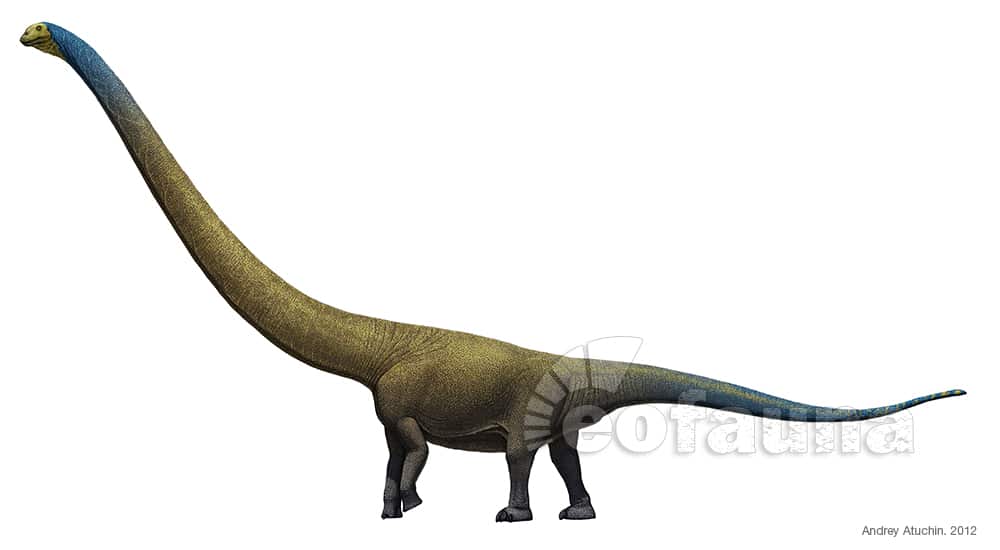 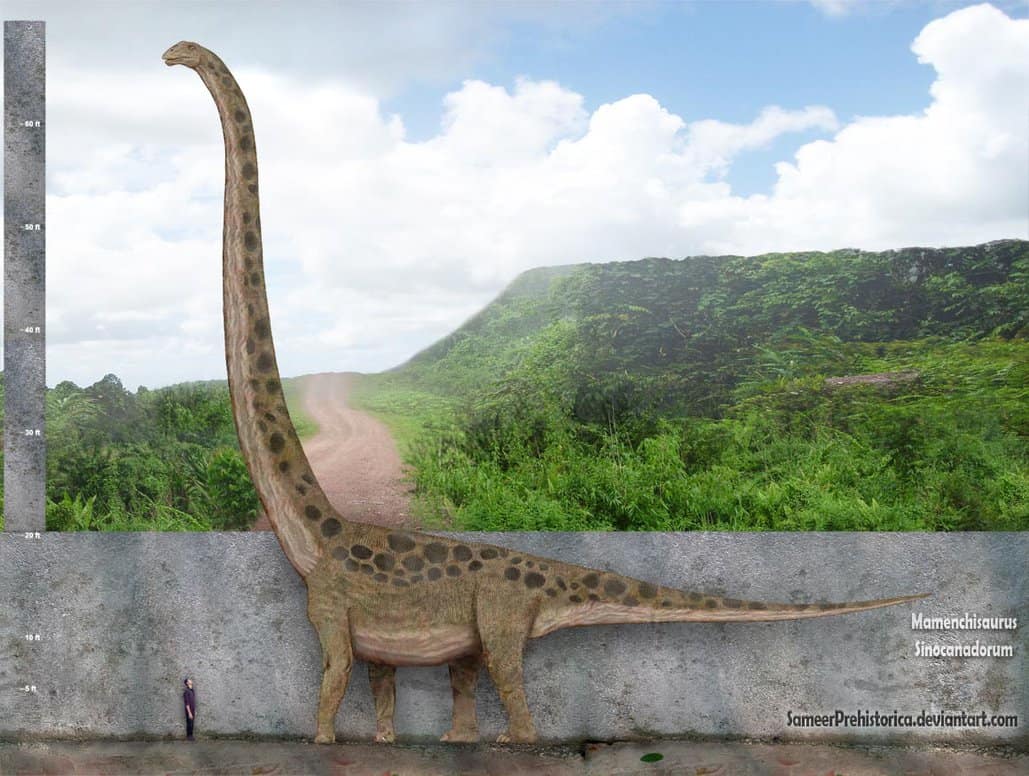