Megalonyx is an extinct megafauna mammal which lived approximately 10 million to 10,000 years ago – from the Miocene through the Modern Period. It was first discovered in the late 18th century when Colonel John Stuart sent its fossils to Vice-President Thomas Jefferson. In 1797, Jefferson proposed that it get named Megalonyx – a name meaning “large claw.” Richard Harlan would eventually officially give it that name in 1825.

If you look at Megalonyx pictures, then you’ll see an animal which looks like a giant beaver mutation. However, this animal was actually a giant ground sloth. A ground sloth which lived in North America and was about 9.8 feet tall and weighed around 2,000 pounds.

While it’s pretty impressive that Thomas Jefferson was the one who actually named Megalonyx, what often isn’t mentioned is how wrong the Vice President was about this animal and evolution in general. Like most naturalists at the time, Jefferson didn’t believe that animals could go extinct and believed that herds of these animals still roamed in the Western United States somewhere. He even told Lewis & Clark that they should keep their eyes peeled for these animals. Of course, his theory on evolution and extinction could be forgiven since this was approximately 50 years before Charles Darwin would publish “On the Origin of Species.” The definitive theory on evolution which supported animal extinctions. However, there was something else that Jefferson got wrong on this animal. At the time, he believed it was a huge lion. Little did he know that Megalonyx was actually a giant sloth. I think he probably would have been disappointed in that fact.

One of the most interesting facts about Megalonyx is that it wasn’t the largest ground sloth of all time. No, there was another ground sloth that was even bigger than it. That honor would go to a sloth that lived during the same time in South America. It was called Megatherium and it was 20 feet long and weighed over 6,000 pounds!

It is theorized that Megalonyx went extinct at the beginning of the last Ice Age. That’s because the climate change not only made foods that it was accustomed to eating less available, but also because humans hunted it into extinction. 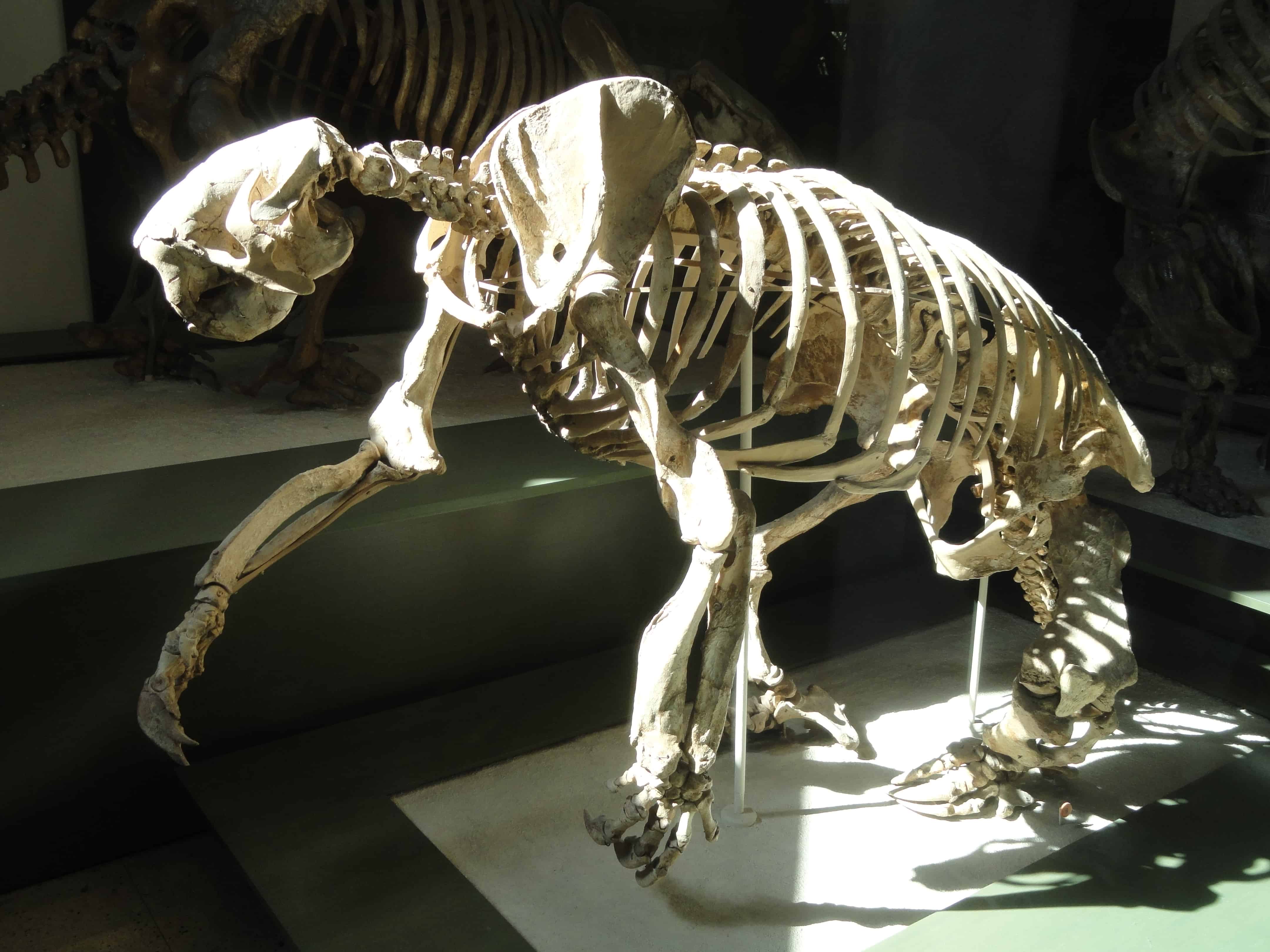 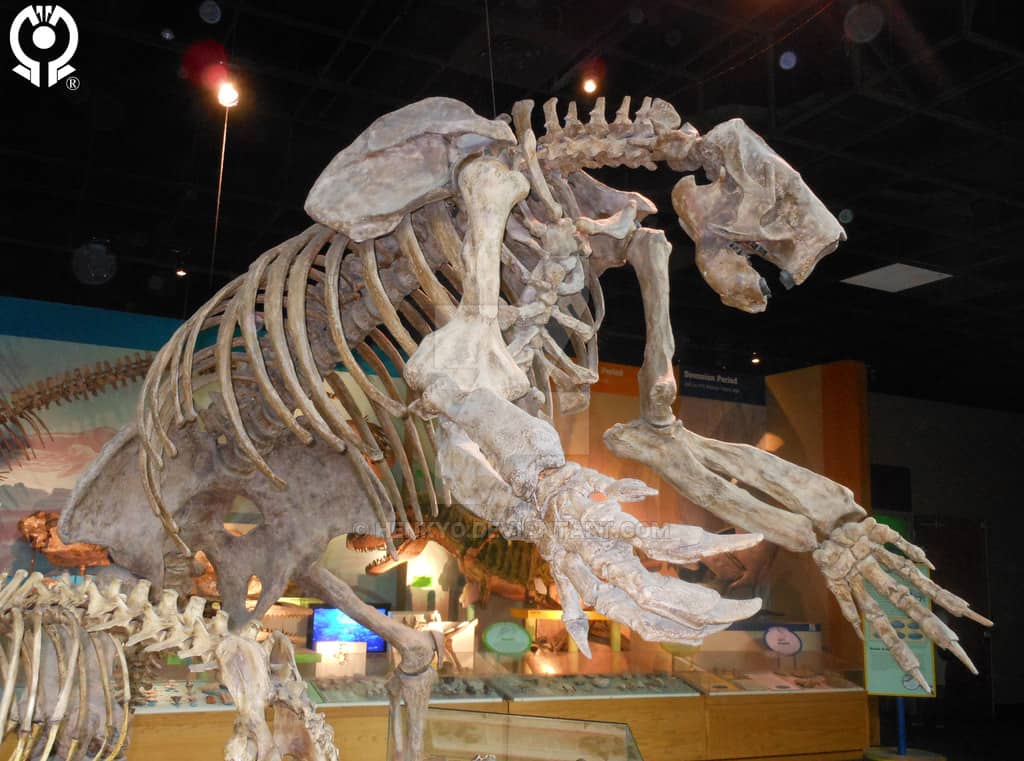 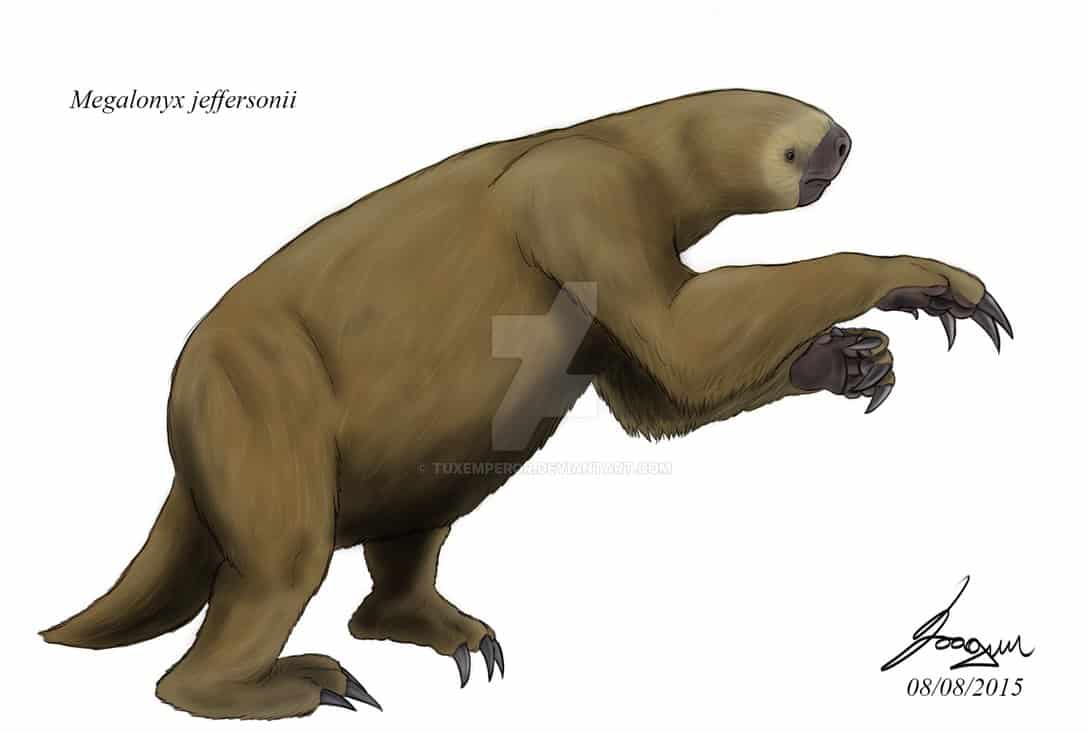 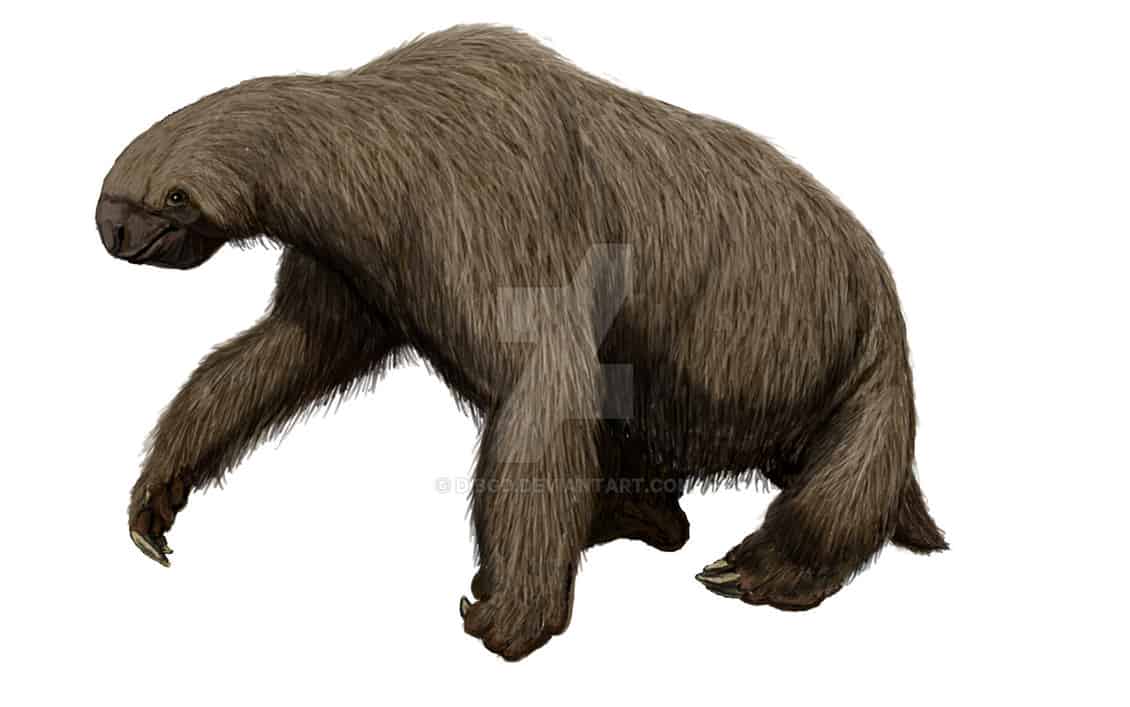 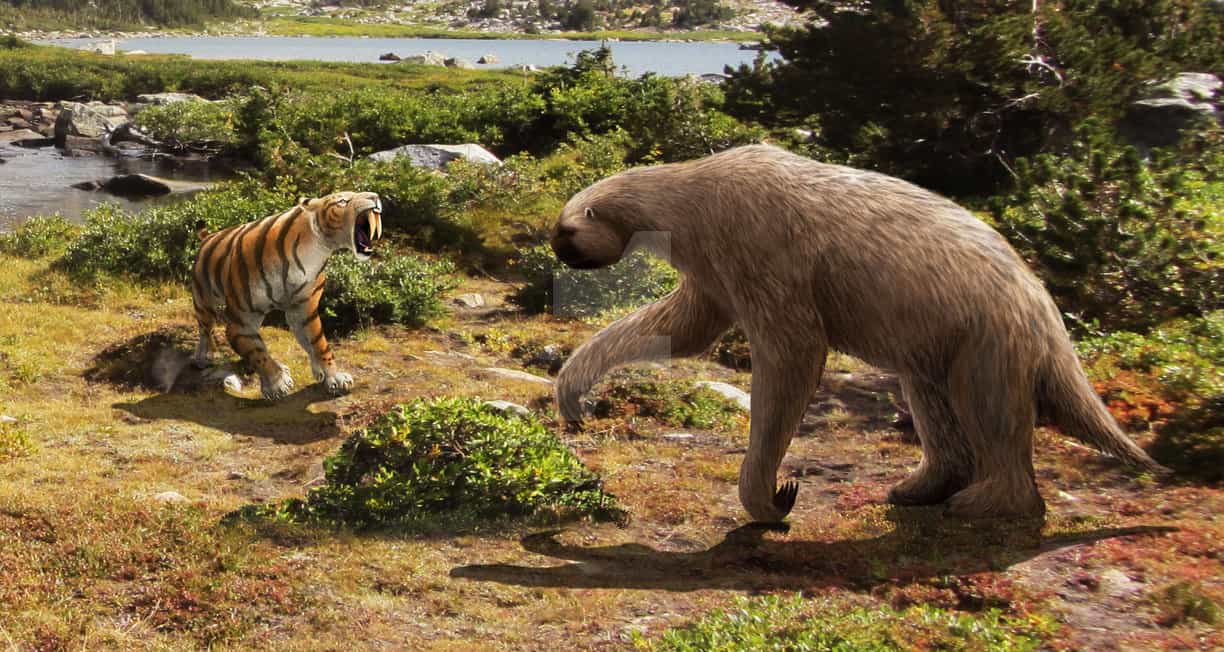 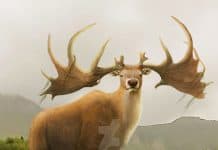