Megantereon was a saber-toothed cat which lived approximately 10 million to 500,000 years ago – from the Late Oligocene Period through the Pleistocene Period. It was first discovered in the early 19th century and was given the name Megantereon in 1828. This name means “giant beast.”

One of the most interesting facts about Megantereon is that it is often called a “dirk-toothed cat.” That’s because its front canine teeth aren’t as pronounced as some of the other saber-tooth tigers like Barbourofelis, Smilodon and Homotherium. However, that probably mattered very little to this cat because it probably was a very accomplished hunter regardless of its tooth size.

Sometimes Megantereon pictures show these cats as soft and cuddly animals – like your house cat but with larger teeth. Nothing could be further from the truth. In reality, this cat was fierce and aggressive and probably cast fear into its prey at the time that it lived. Megantereon lived all over Africa, North America and Eurasia.

This animal was about 4 feet long and weighed around 100 pounds. Which made them about half the size of a modern day mountain lion. Even so, it had a powerful bite that would have really done some damage to its prey. At first, paleontologists thought that Megantereon bit its prey and then used its teeth to hold on while its prey died. However, scientific analysis of the teeth suggests that this scenario is unlikely because the teeth wouldn’t have been able to stand up to such forces. Now paleontologists believe that it used its oversized teeth to injure the animal and then waited for it to die before it consumed it.

Megantereon is known to have eaten all kinds of different prey and that may have included early hominids. Recently, paleontologists have found the fossils of Australopithecus in Africa and it appears that it had bite marks on its skull from a Megantereon. Therefore, it’s probably pretty fortunate that these big cats went extinct about half a million years ago. 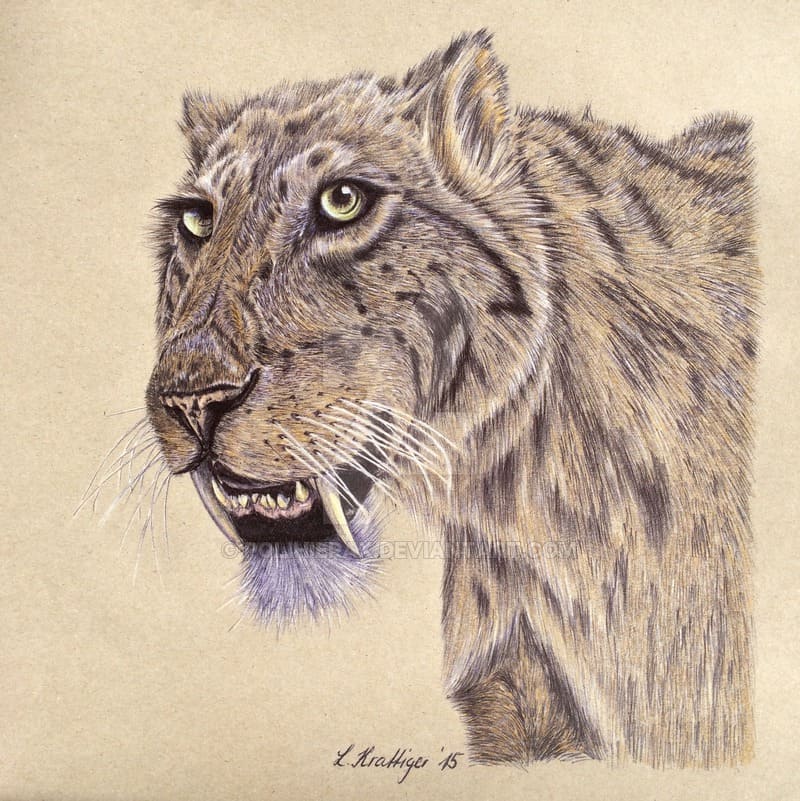 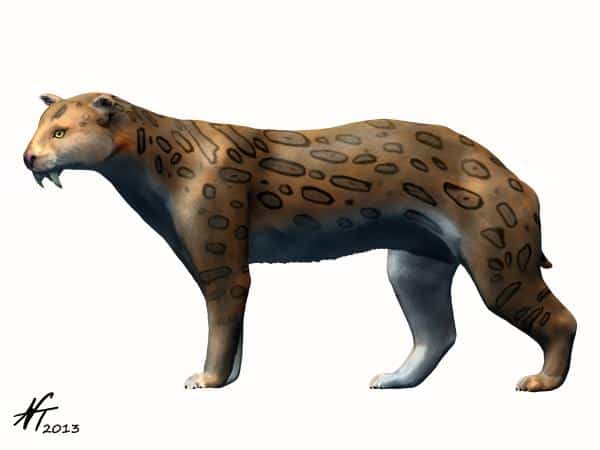 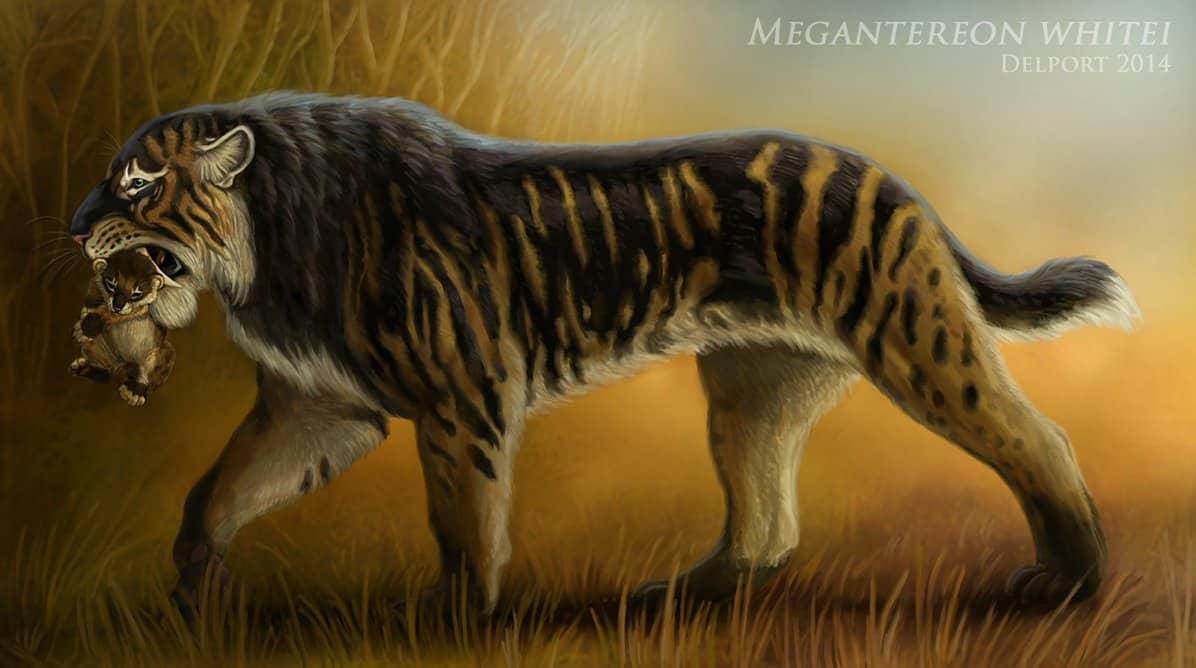 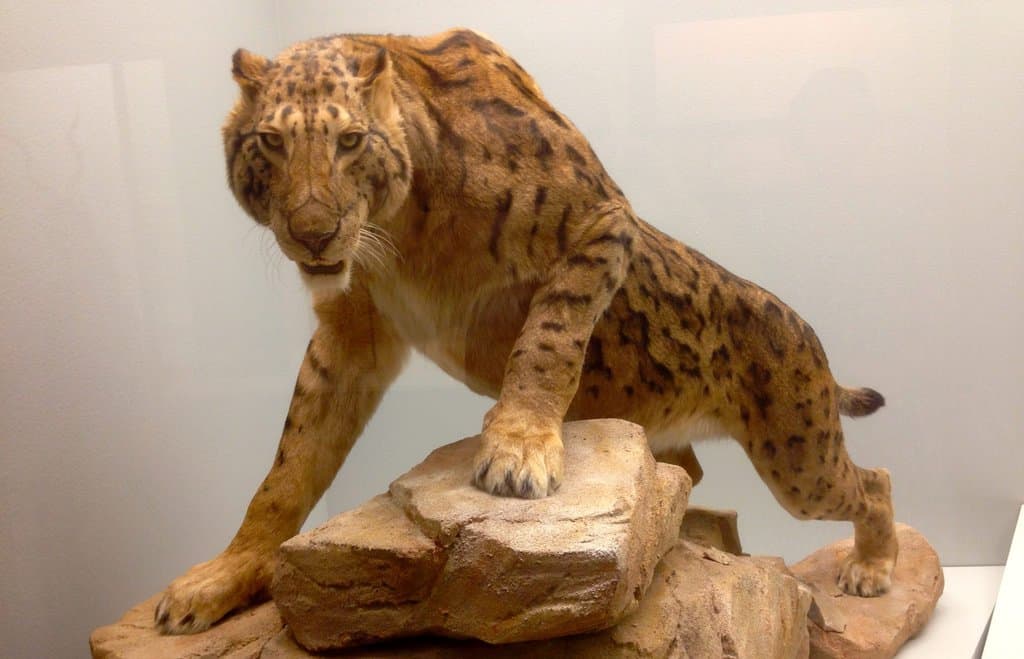 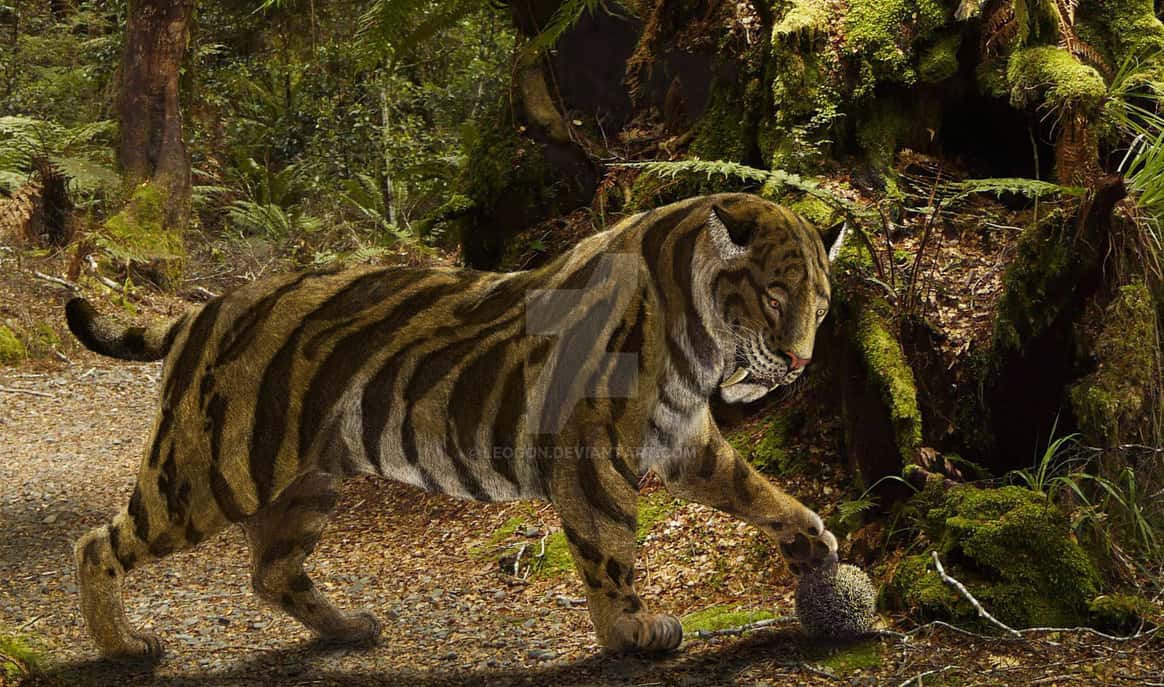 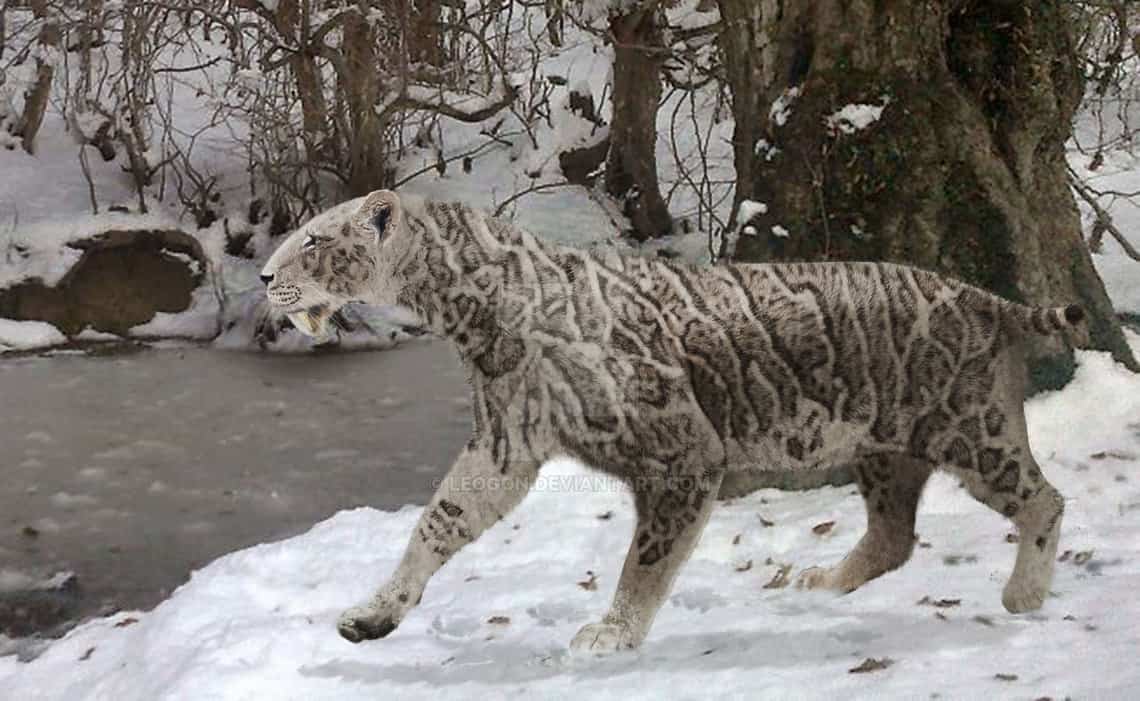 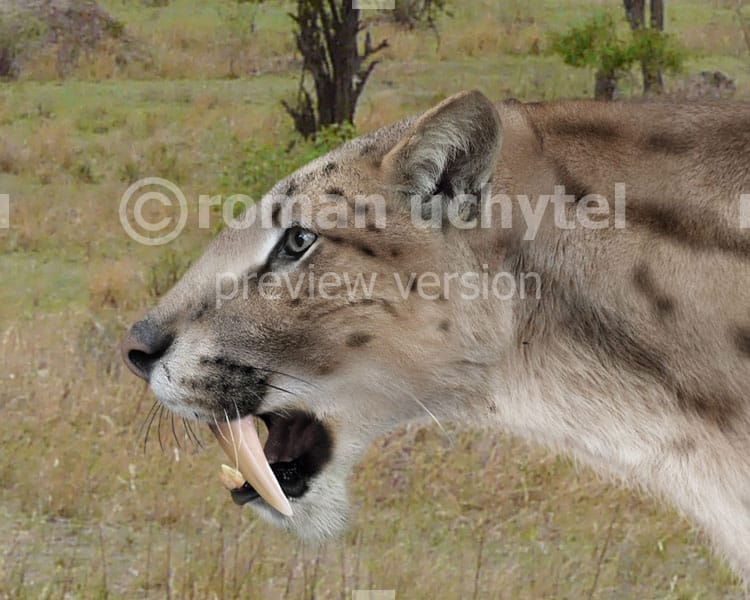 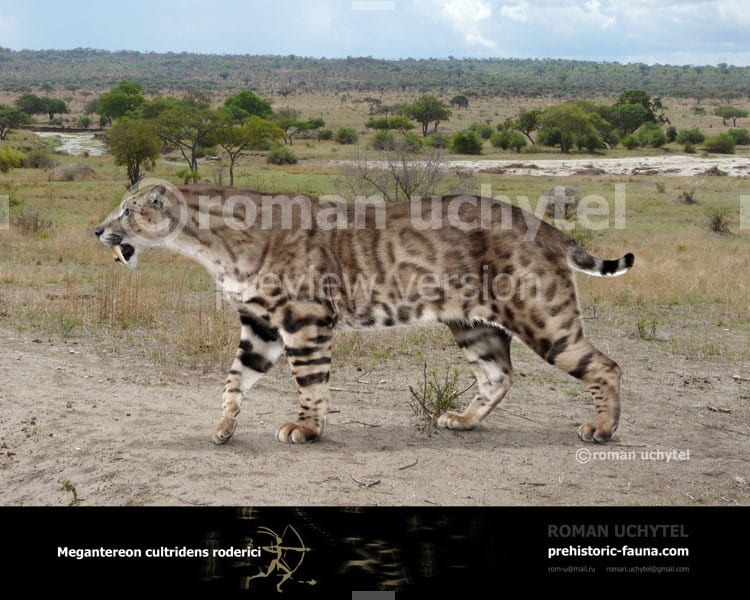 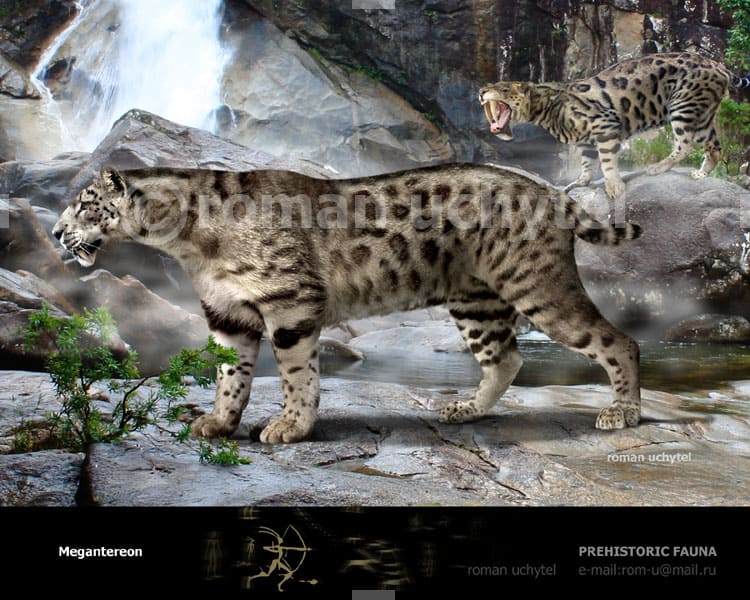