Mesopithecus is an extinct genus of monkey which lived approximately 7 to 5 million years ago during the Late Miocene Period. It was first discovered during the first half of the 19th century and was named Mesopithecus in 1839 – a name which means “middle monkey.”

Mesopithecus pictures show this animal as a small monkey that looks very much like a modern macaque. Which it was. In fact, it was only about 16 inches long and only weighed around 5 pounds. That’s about a third of the size of a modern day adult gibbon – or about the height of a ruler and weighed less than a brick!

One of the most interesting facts about Mesopithecus is that it traveled the plains and the woodlands of Eurasia. It not only looked quite a lot like a modern macaque but it probably had the same mannerisms. It had long but very muscular arms that would have allowed it to scurry up trees in a hurry. It probably lived off of a diet of plants, leaves and fruits – much like many of the small modern monkeys do today.

Another interesting fact is that scientists believe this monkey foraged for fruits and vegetables at night. If that is true, then that probably means that this monkey had few, if any, natural predators that it needed to be afraid of. 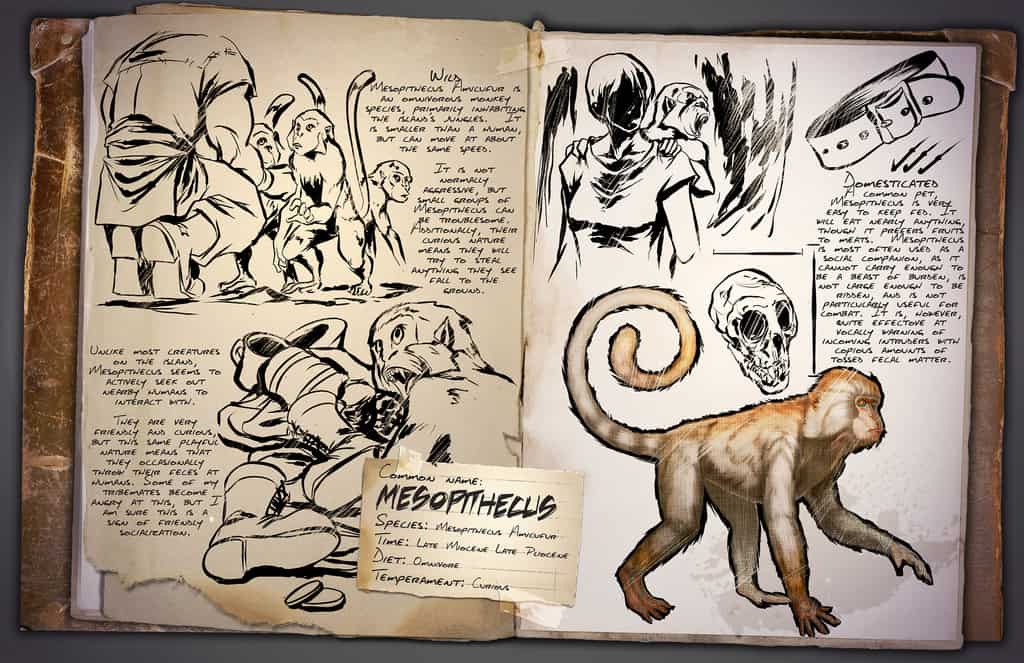