Nodosaurus is a dinosaur that was discovered in the Frontier Formation of Wyoming. It was an incomplete skeleton, as was the skeleton that was found in Kansas. Regardless, it was named by Othniel Charles Marsh in 1889. Its name means “knobbed lizard” – an allusion to the fact that this dinosaur was covered in armored plates. Because all of the specimens of this dinosaur are incomplete, paleontologists have had to make a few assumptions about what this dinosaur looked like or how it lived.

Most of the interesting facts about Nodosaurus have to do with its tank-like look. This dinosaur was about 20 feet long, weighed around 1 ton. It had 4 very short legs, a stubby neck, 5-toed feet and a tail that was long but was without the clubbed tail that many other ankylosaurian dinosaurs possessed.

This dinosaur had to be heavily armored to survive attacks from some of the carnivores of its time. Some of the predators Nodosaurus would have to defend itself against included: Aublysodon, Troödon and the ferocious Tyrannosaurus rex. All of them formidable predators that would require this dinosaur to be as well protected as possible.

Nodosaurus is believed to have been an herbivore that probably ate vegetation such as cycads and ferns. It probably ate these plants because its short stature prevented it from eating vegetation like the tops of trees. However, it would appear that this dinosaurs leaf-shaped teeth were just the right tool this dinosaur needed to grind up the relatively heavy ground vegetation it had to eat. 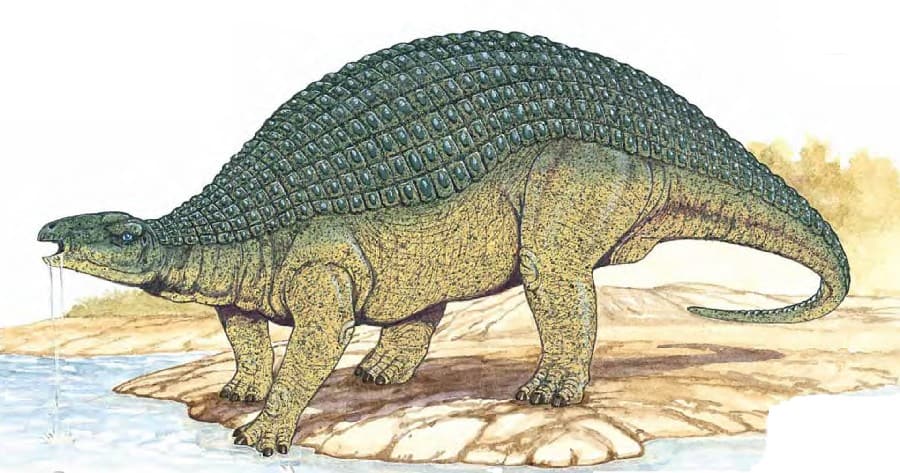 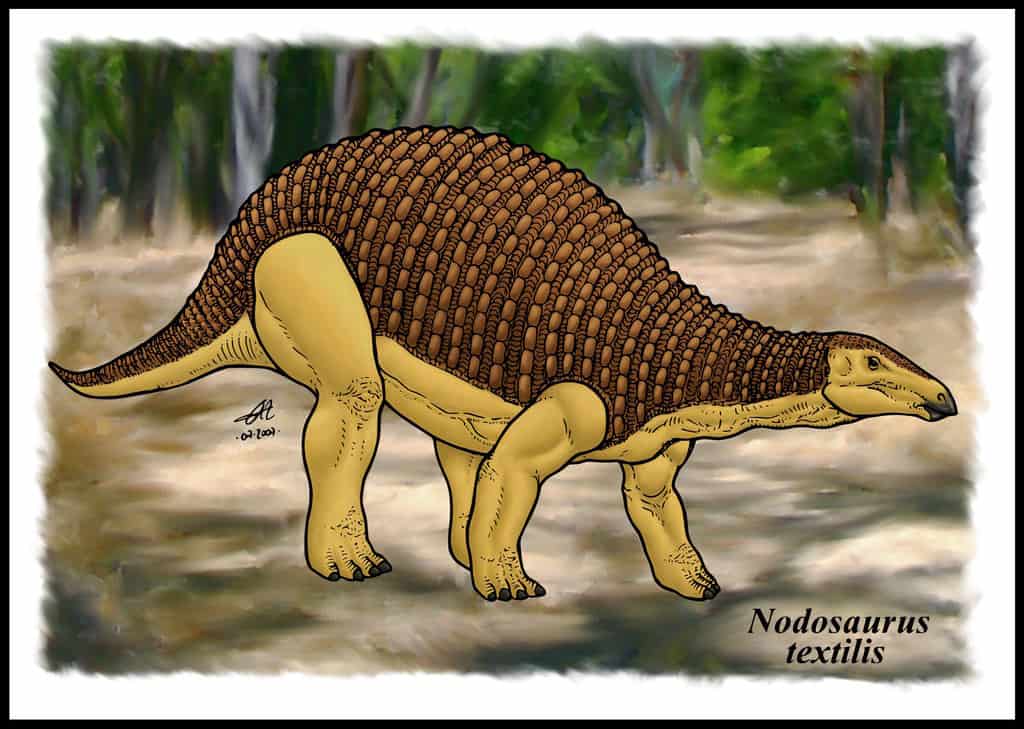 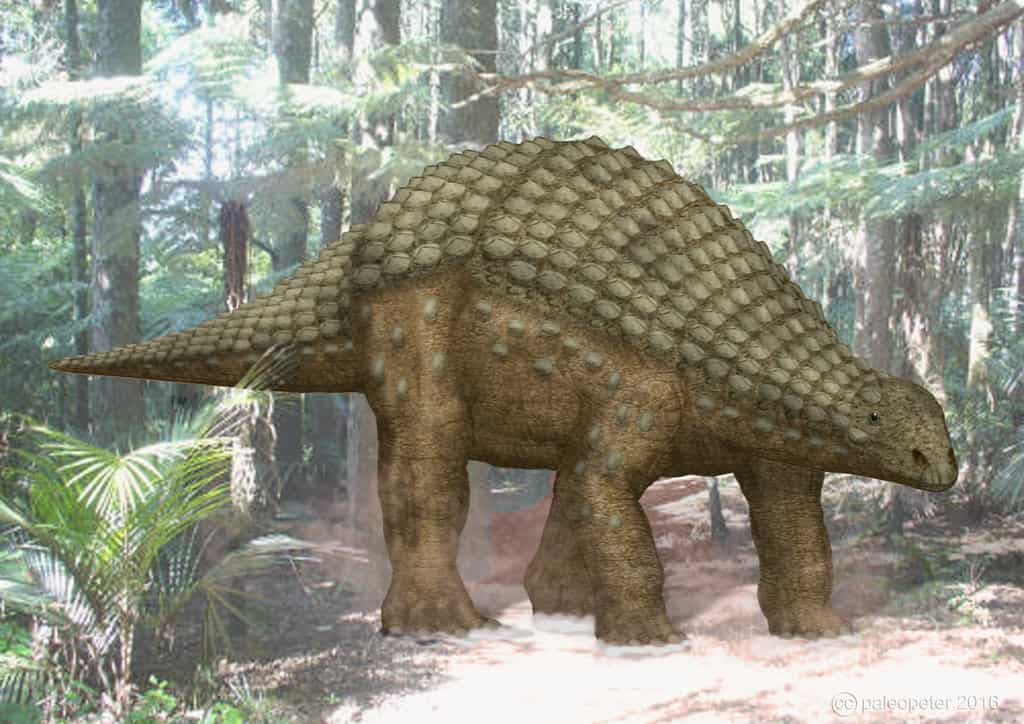