Ophiacodon was a pelycosaur which lived approximately 310 million to 290 million years ago – from the Late Carboniferous Period through the Early Permian Period. It was first discovered in the United States during the 19th century and was given its name by Othniel Charles Marsh in 1878. Its name means “snake tooth.” Since its initial discovery, fossils of this animal has not only been found all across the U.S. but has also been found in Nova Scotia and England.

Ophiacodon pictures show this animal in a variety of different ways. Some of the images show them with a brightly colored sail-fin on its back – like an iguana. Other drawings show them without this feature. Most scientists believe they didn’t have this type of feature on their back and that is why most pictures of them endorsed by scientists depict these animals without that sort of rigid fin.

Ophiacodon was approximately 10 feet long and weighed around 100 pounds. That would have made it a foot or two shorter than a modern American alligator, but also about only 1/5 the weight of these alligators. However, it did possess some very sharp teeth which would have been useful in eating smaller prey.

One of the many fascinating facts about Ophiacodon is that it probably was an omnivore. It probably lived off a diet of small animals, fish, insects and maybe vegetation. In other words, it probably ate whatever it could catch and eat.

Paleontologists are still debating how it lived, though. Some scientists believe that it lived most of its life in aquatic environments. That it would swim around lakes and rivers looking for food. Other scientists believe that it had a body shape that was more suited for terrestrial locomotion – meaning that it walked on land in the way a lizard would today. It’s a debate that may never be settled. 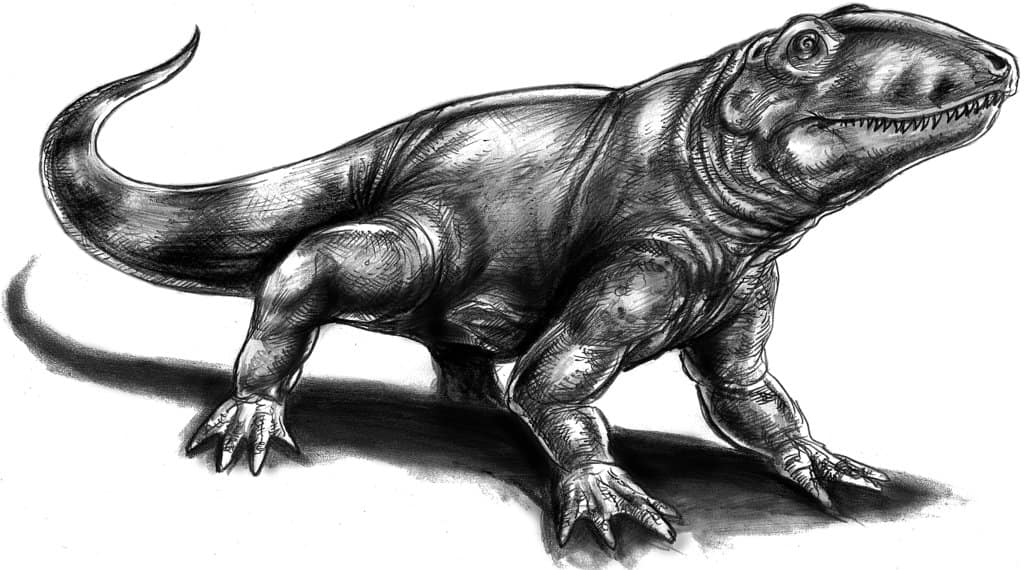 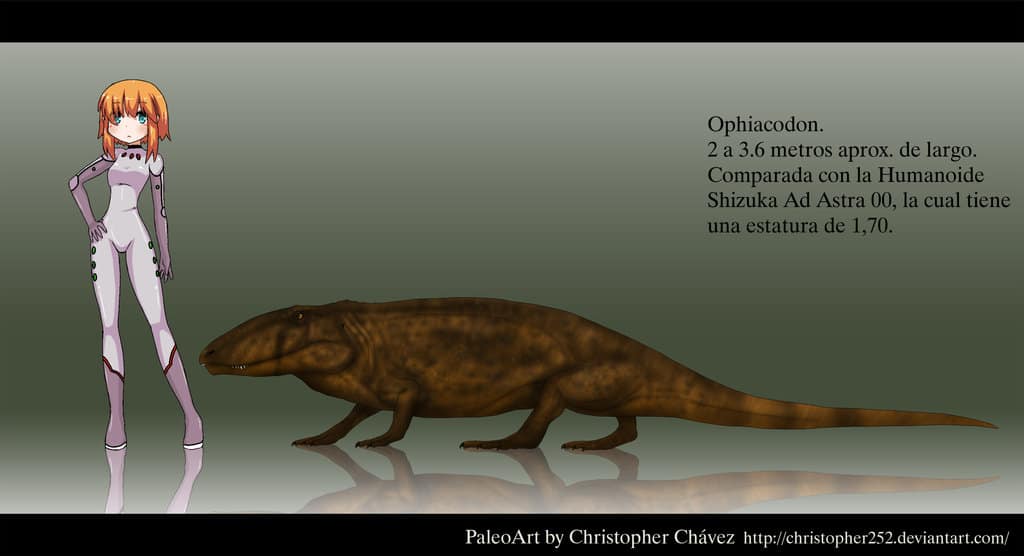 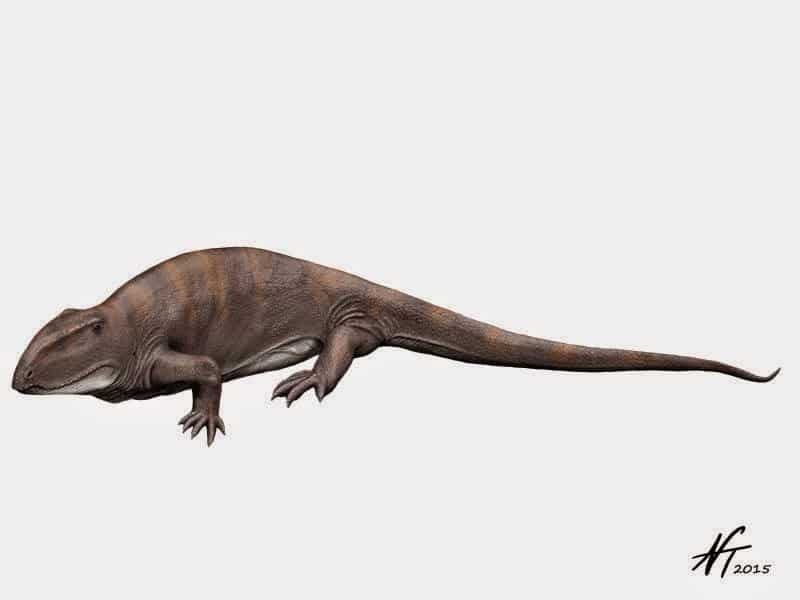