Plesiosaurus is an extinct marine reptile which lived approximately 135 million to 120 million years ago – from the Early to the Middle Jurassic Period. It was first discovered in the winter of 1823 by fossil hunter Mary Anning in Western Europe. It was named the following year by William Conybeare. The name of this reptile means “almost lizard.”

Plesiosaurus is not only the name of this reptile species but is also the name of the family to which it belongs. This family of reptiles is characterized by their long necks, sleek bodies, small heads and wide flippers. As you can tell from Plesiosaurus pictures it makes them look very much like a combination of a snake and a turtle.

One of the most interesting facts about Plesiosaurus is that these reptiles probably weren’t very good swimmers. Of course, they did well enough to have been able to swim but they weren’t as adapted to it as Pliosaurs were. These reptiles were also smaller than Pliosaurs – with Plesiosaurus coming in at only about 15 feet long and 1,000 pounds. That means they were twice as long as a modern horse and weighed twice as much as a modern hog.

It is believed that these animals behaved very much like tea turtles live today. Which means they probably had to come to shore to lay their eggs. This would have made the eggs very vulnerable to predators. To help avoid their eggs being eaten by other animals, Plesiosaurus most likely buried them into the soft sand.

What did Plesiosaurus eat? These dinosaurs had very sharp teeth and incredibly strong jaws. This allowed them to not only feed on fish of all sizes but also on any other swimming animals that may have been in the ocean at that time. Their strong jaws and sharp teeth may have also allowed them to have eaten mollusks that lived along the prehistoric shoreline. 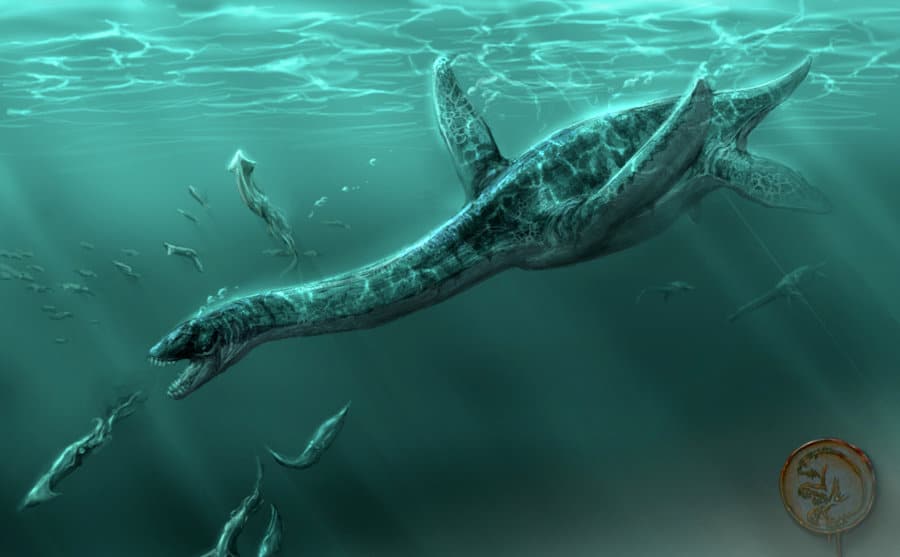 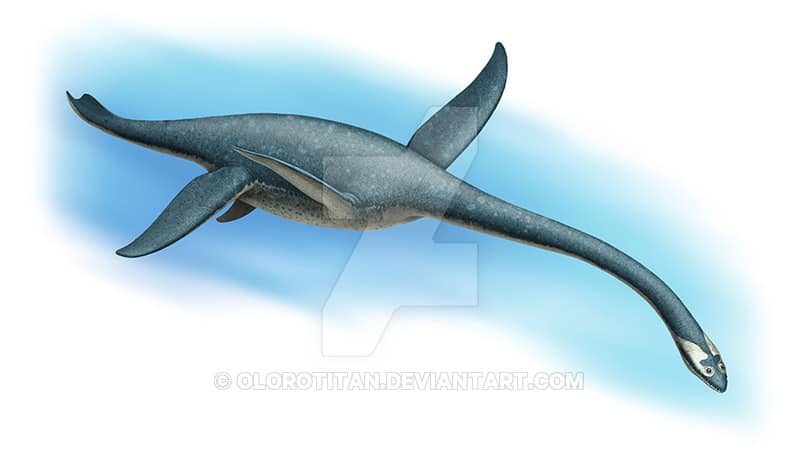 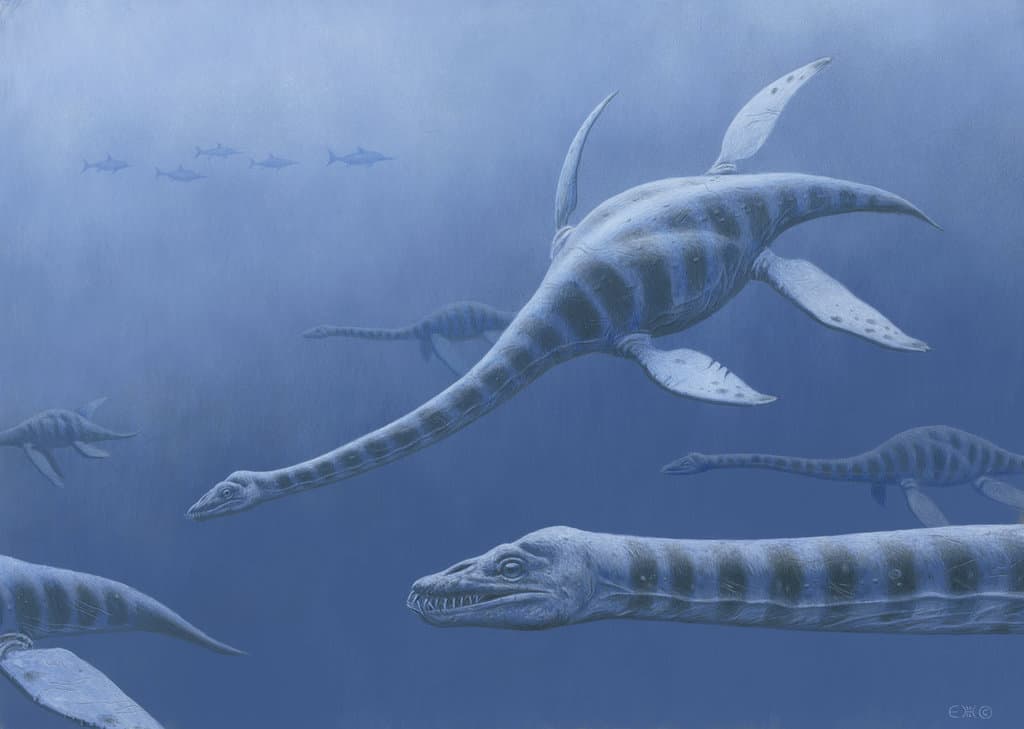 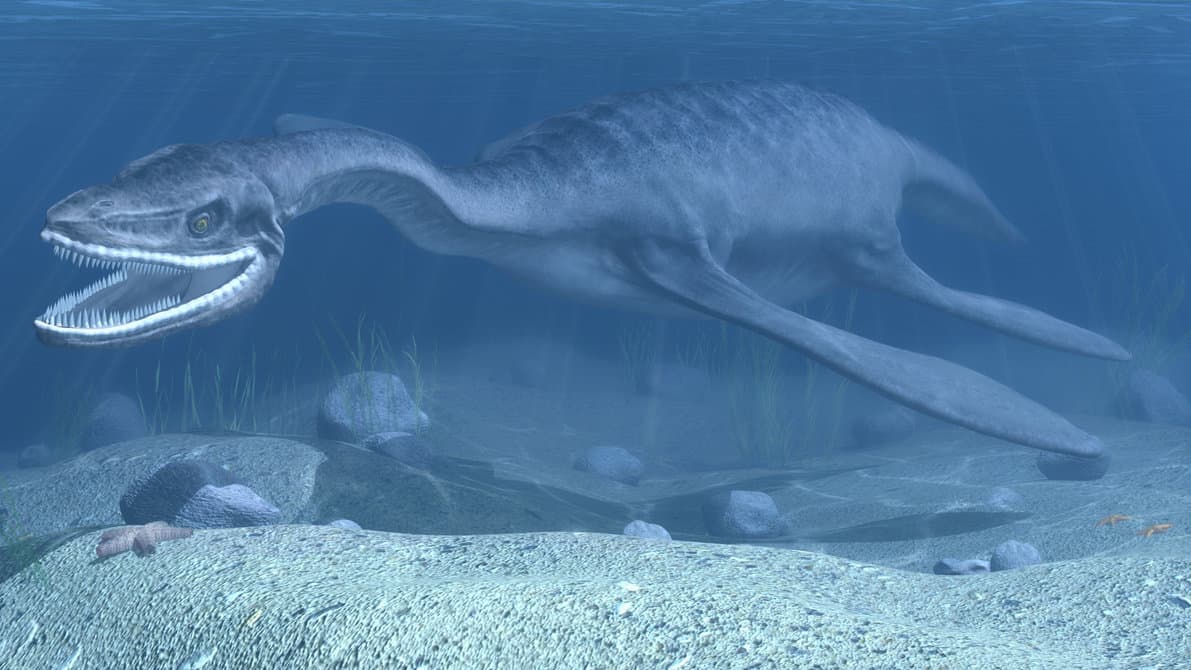 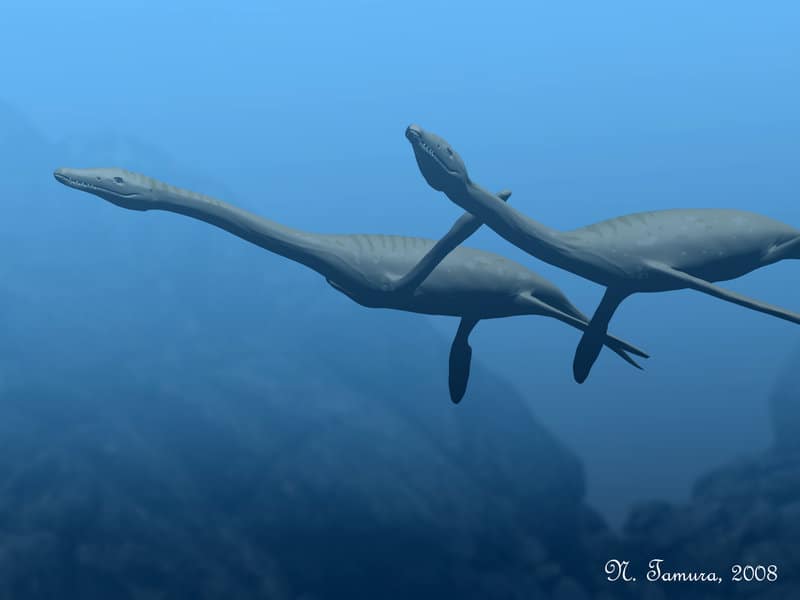