Pliosaurus is an extinct animal which lived approximately 150 million to 145 million years ago during the Late Jurassic Period. It was first discovered during the mid-19th century and described and named by Richard Owen in 1842. Its name means “Pliocene lizard” in Greek.

Pliosaurus pictures make this animal look very much like some kind of prehistoric crocodile, even though that is not the case and it actually belongs to the Pliosauridae family, although the whole family is what paleontologists like to refer to as a “wastebasket” taxon – which means that if there are any Pliosaurs which can’t be classified, then they are usually placed within this group.

Pliosaurus gave its name to the whole taxon, so it shouldn’t be too surprising that its features are what paleontologists look for in a member of this family. Which is a large head with heavy jaws, a pretty chunky trunk and a short neck. This is very different from its opposing taxon, Plesiosaurs – which have long necks, small heads and streamlined bodies.

Pliosaurus was approximately 40 feet long and weighed around 30 tons or about 60,000 pounds. That made it about the length of a Sperm whale, but only about the weight of a Humpback Whale. Which would have made it a feared predator of any fish which dared to cross its path. However, being one of the biggest doesn’t mean that you’re the safest.

Paleontologists believe that there were several reasons why this animal went extinct. First of all, Mosasaurs came on the scene at about this time and competed heavily with Pliosaurus for its main food source – fish. That’s because Mosasaurs were faster and agiler than Pliosaurus. They were also more vicious animals. This was just enough of an edge for them to out-compete Pliosaurus for fish. Second, water temperatures began to change during this time and this creature may not have been able to adapt quickly enough. Which is probably why this animal went extinct some 145 million years ago. 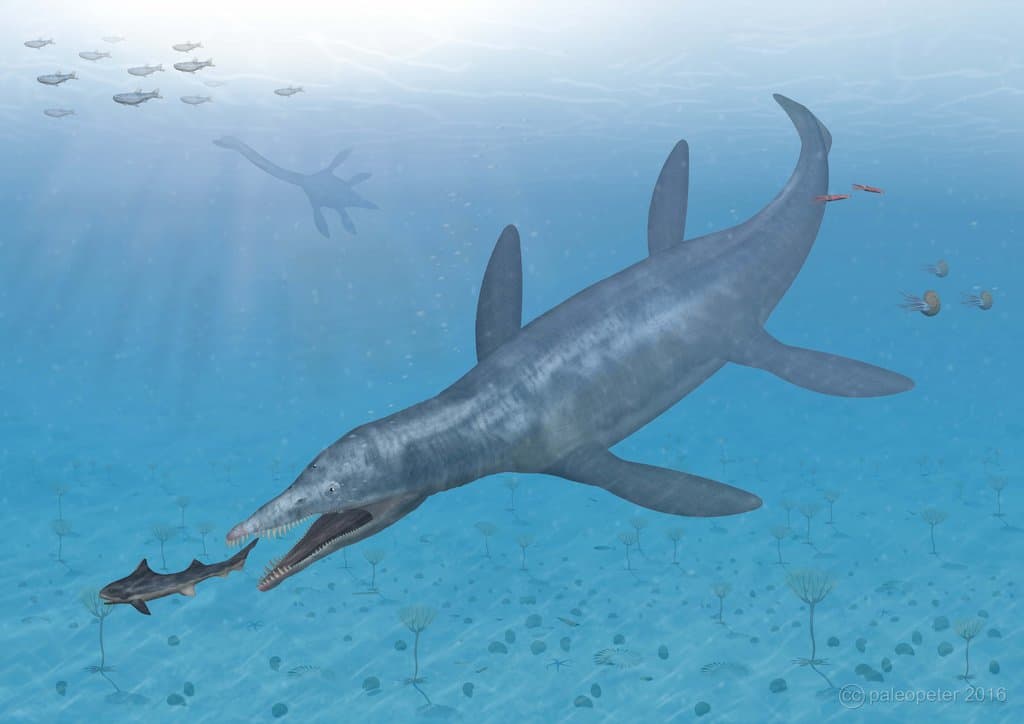 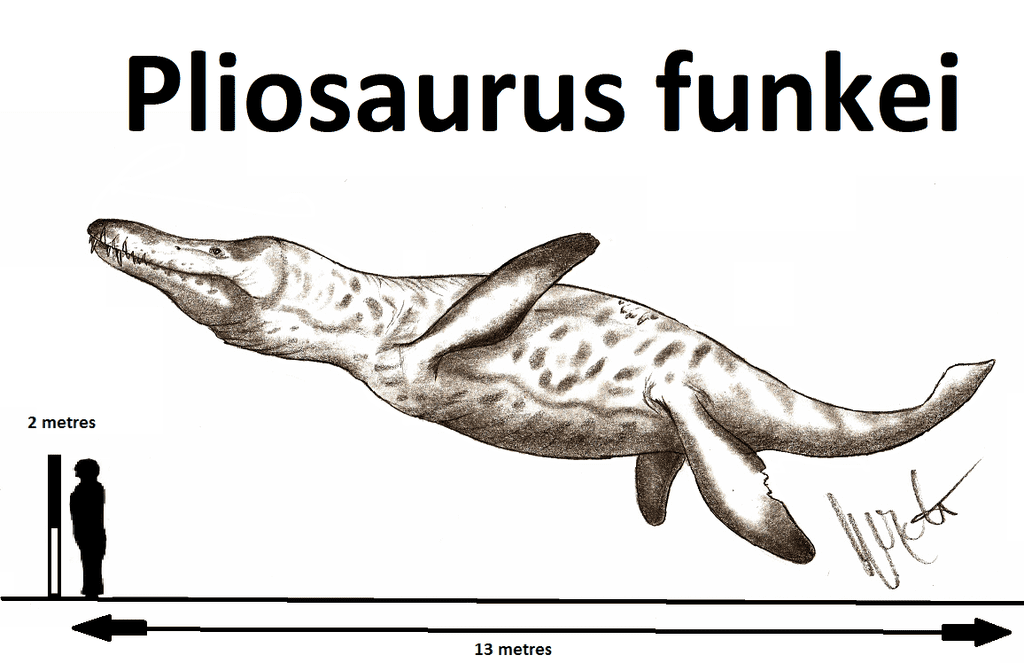 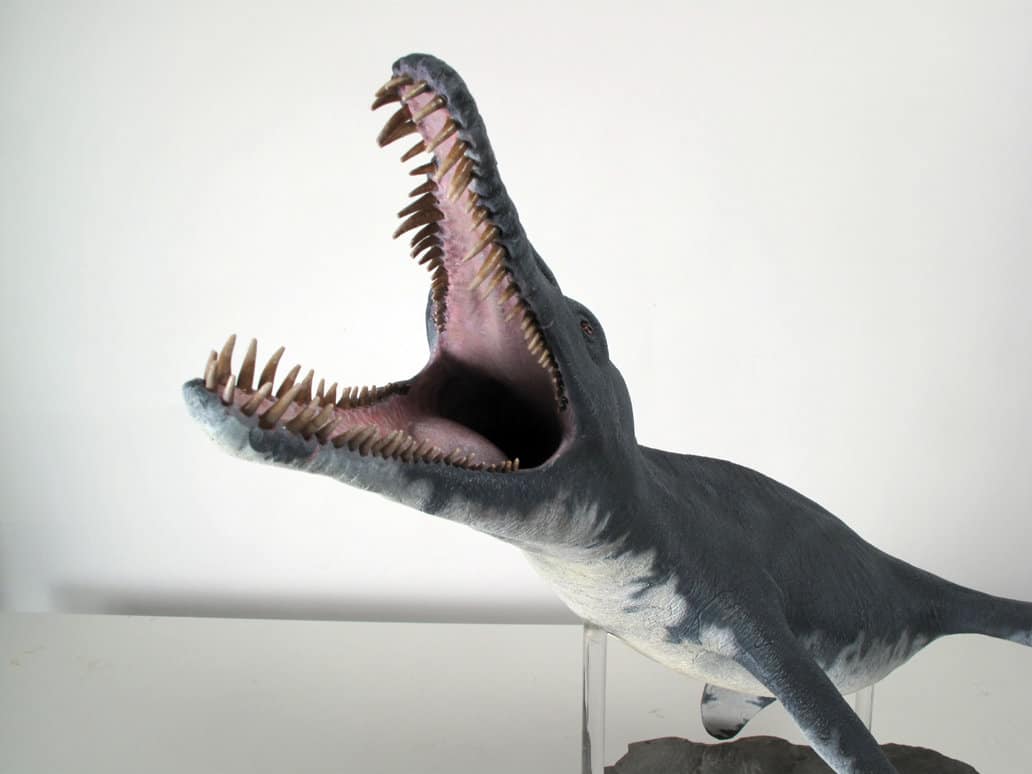 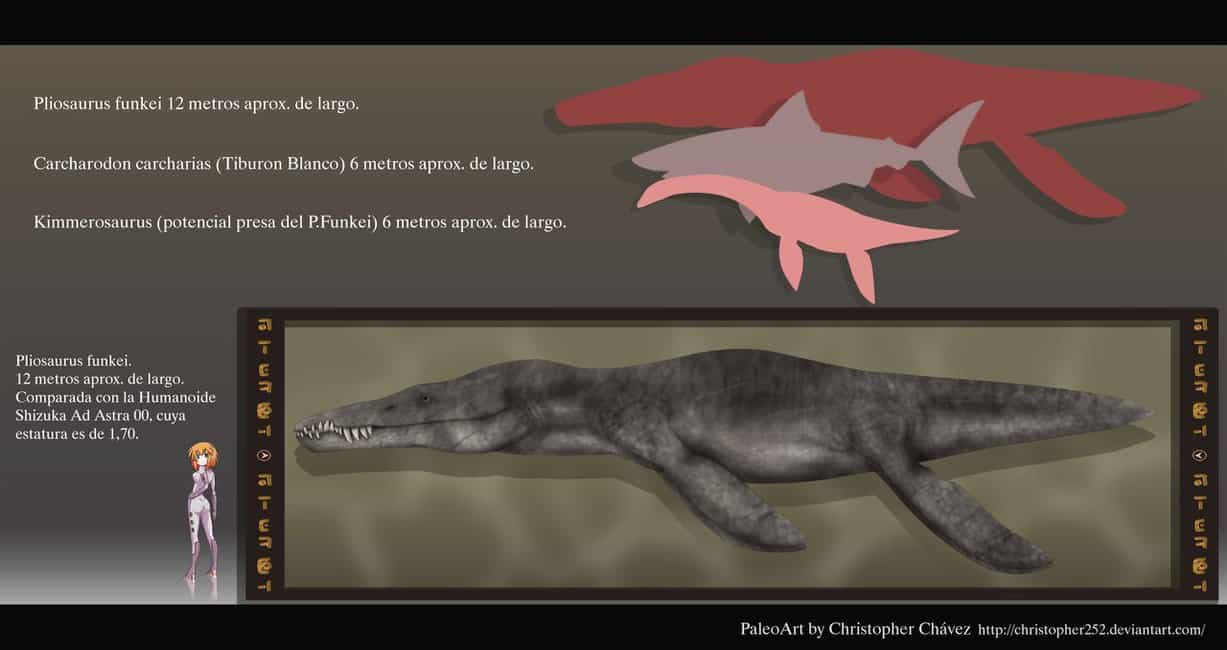 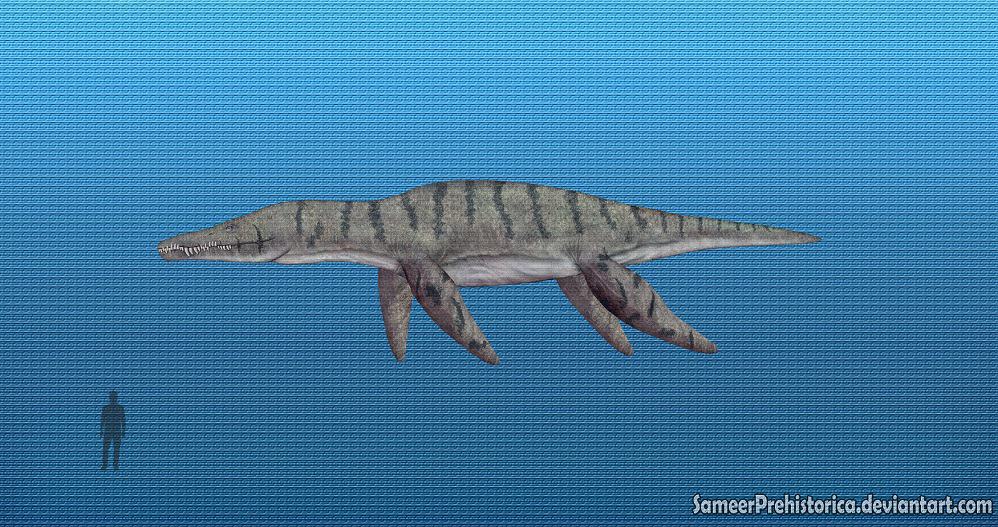 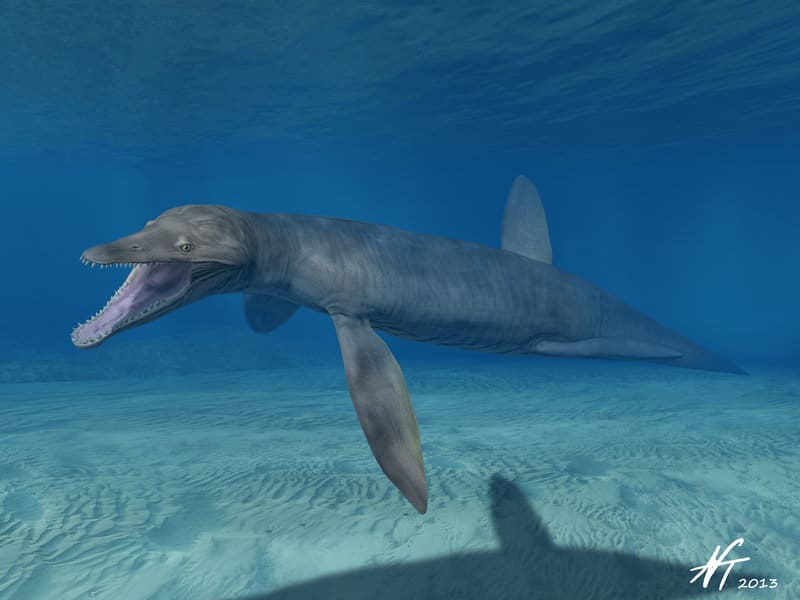