Proailurus is a carnivorous cat which lived approximately 25 million to 20 million years ago – from the Late Oligocene Period through the Early Miocene Period. It was first discovered during the late 19th century and was named by Henri Filhol in 1879. The name of this cat means “before the cats.”

While there isn’t a whole lot known about this animal, at least at the moment, paleontologists do believe that it was the last common ancestors of all of the modern cats. Which means that its descendants would eventually become tigers, lions and cheetahs.

One of the most interesting facts Proailurus is that there are a group of paleontologists who take its classification a step further. Some of them place this species in the Feloidea family. If it truly belongs in this family, then that would be it was the ancestral relative of the big cats, as well as mongooses and hyenas!

If you look at Proailurus pictures, then you’ll notice that this animal looks very small. That’s because it was pretty small. This cat was approximately 2 feet long and weighed around 20 pounds. Which would make it about the size of a Dachshund dog or a little larger than a modern cat. Another way it was like a modern cat was that it had a long tail and claws that were retractable.

An interesting fact about Proailurus is that it probably stalked its prey from tree branches or other higher locations. This would have given it quite an advantage over some of the small animals that lived during this time in history. 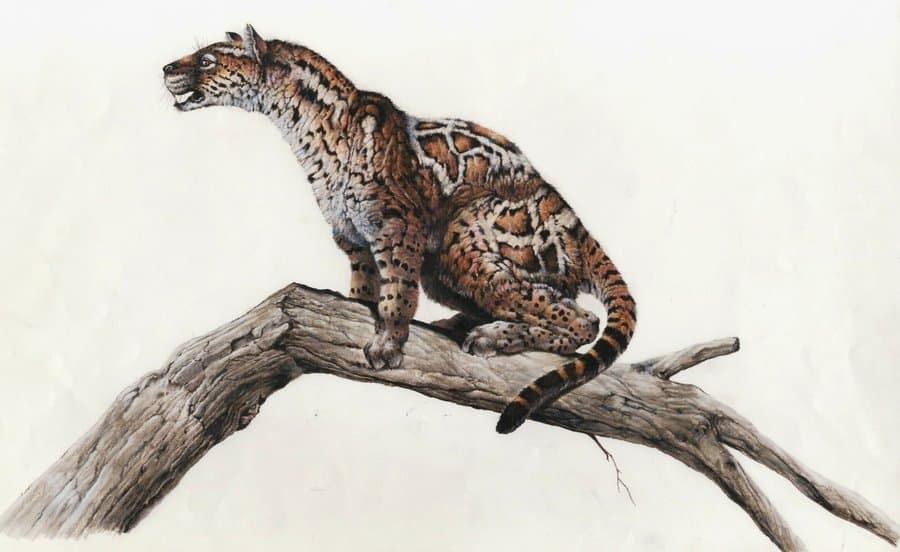 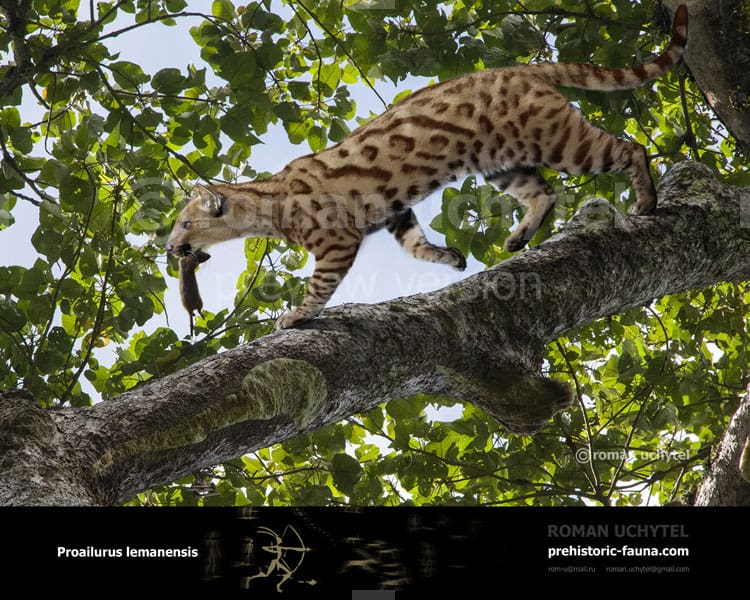 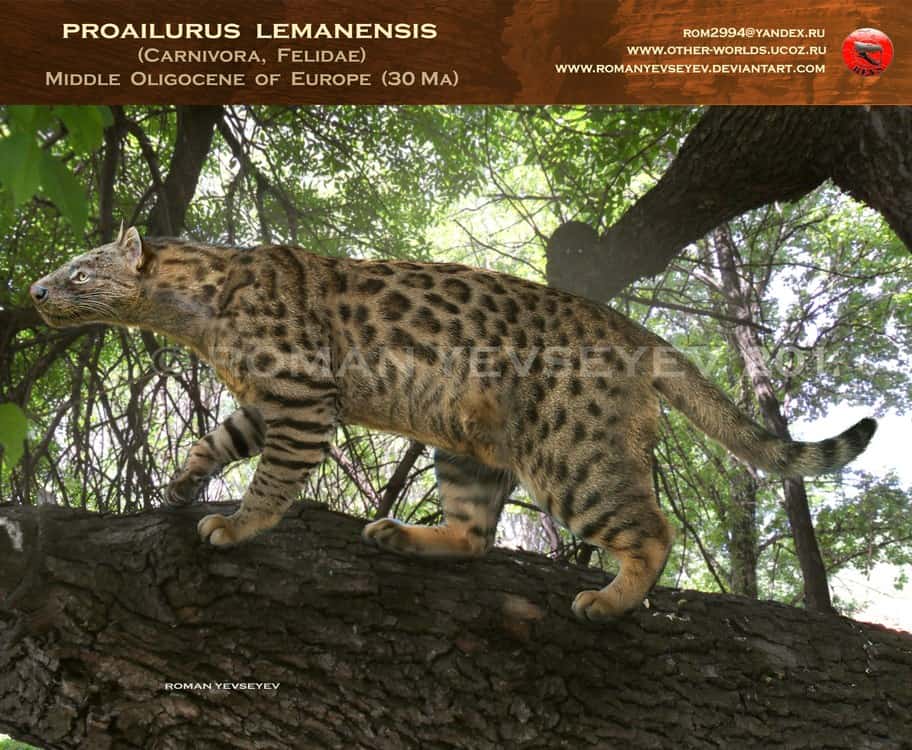