Psephoderma is a prehistoric turtle-like animal which lived approximately 220 million to 205 million years ago during the Late Triassic Period. It was first discovered during the mid-19th century in Italy and was named by Christian Erich Hermann von Meyer in 1858. Its name means “pebbly skin” and it was given its name for the texture of its shell.

Psephoderma pictures are confusing, to say the least. They make this creature look like a mish-mash of a bunch of different animals. Its head looks like the head of a prehistoric turtle, its shell is segmented like a horseshoe crab and it has the tail that looks like the tail of a reptile. Psephoderma was approximately 3 feet long and weighed around 20 pounds.

One of the most interesting facts about Psephoderma is that all of its random parts probably made this creature a very poor swimmer. Which is probably why it ended up going extinct by the end of the Triassic Period. That is when animals better suited to the aquatic dinosaur emerged – animals like plesiosaurs and mosasaurs.

Like prehistoric turtles, Psephoderma had a beak which was perfect for eating its favorite prey. Prey which would have included the hard-shelled bodies of Shellfish and crustaceans. Its beak would have made short work of these animal’s shells and these animals most likely would have been a consistent staple of Psephoderma’s diet. Its beak also would have been able to pick shellfish out of the rocks on the bottom of the ocean floor, making them the perfect tool for the job. 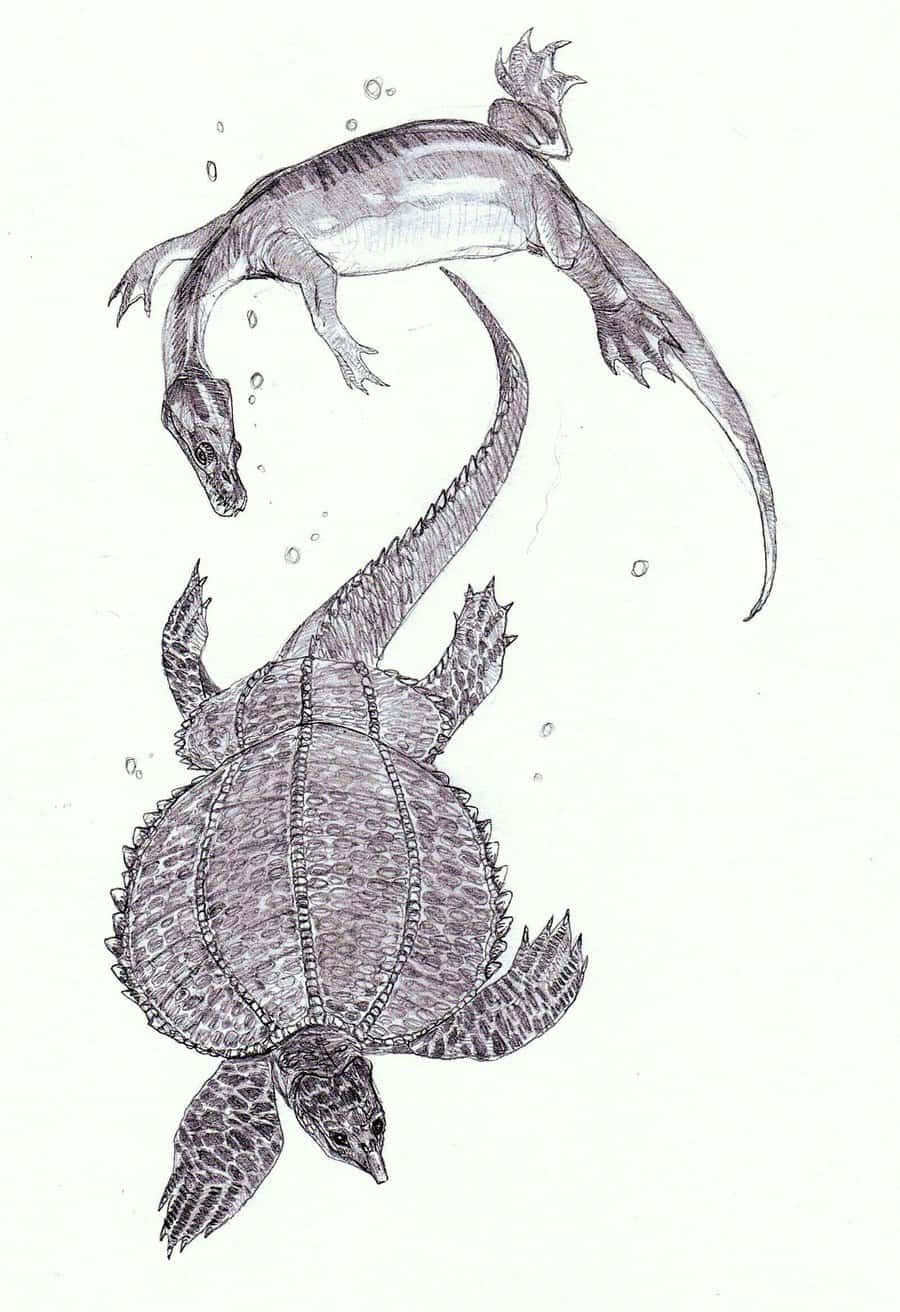 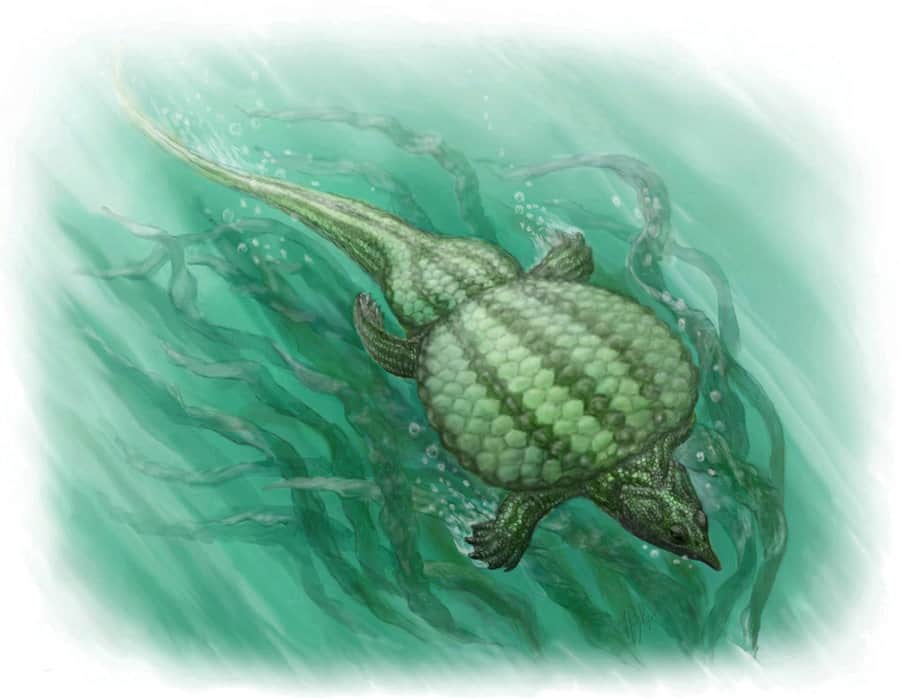 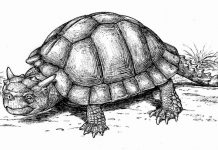 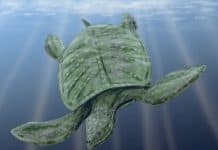 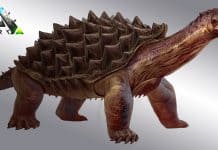