Rugops is a dinosaur which lived approximately 90-95 million years ago during the late Cretaceous Period. It was first discovered in 2000 when a partial fossil consisting of only a skull was found in Niger, Africa. After a careful examination by Paul Sereno, he decided to name it Rugops—a name which literally means “wrinkled face.”

An interesting fact about Rugops is that although the only part of this dinosaur that has been found is its skull, paleontologists have still been able to figure out what they think this dinosaur may have looked like and how big it was. They have done this by classifying it as a therapod and examining similar therapods that have lived in Africa. Using this data, they have concluded that this dinosaur was most likely 18 feet long, 4 feet high at the hip and probably weighed around 2 tons. It would look very much like a T- Rex, but it would not be an apex predator like tyrannosaurus rex was. In fact, this dinosaur’s skull suggests that it wasn’t built for fighting other predators or for crushing the bones of its prey. Therefore, paleontologists have concluded that this dinosaur was probably a scavenger that fed off of the carcasses that the larger carnivores left behind. 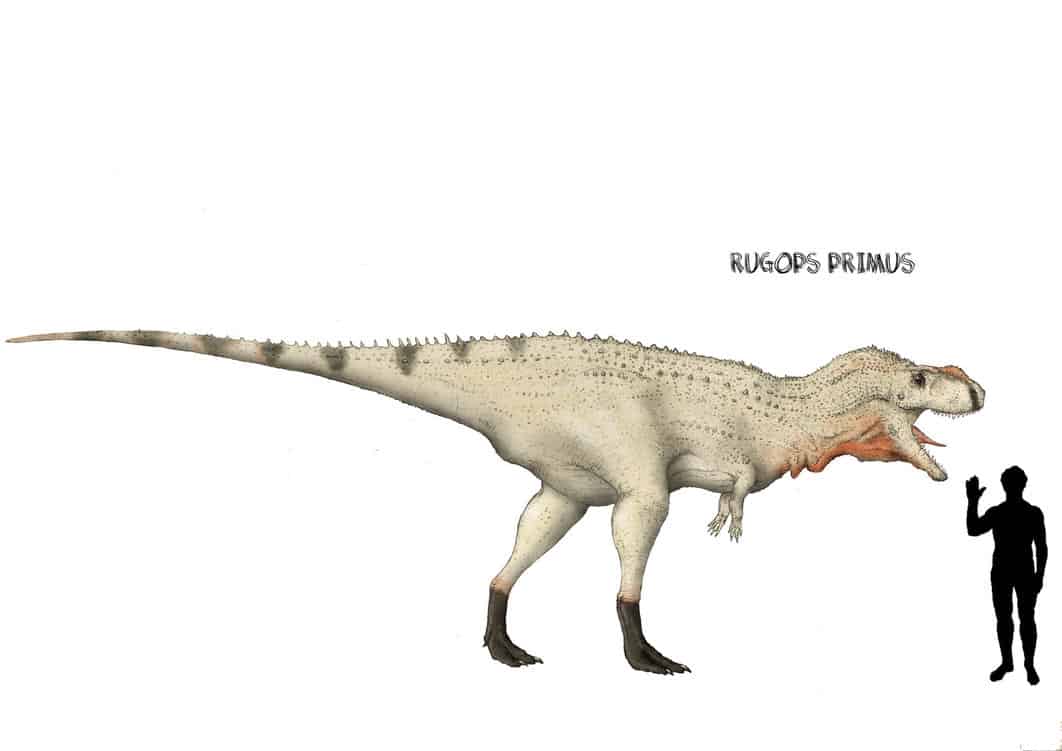 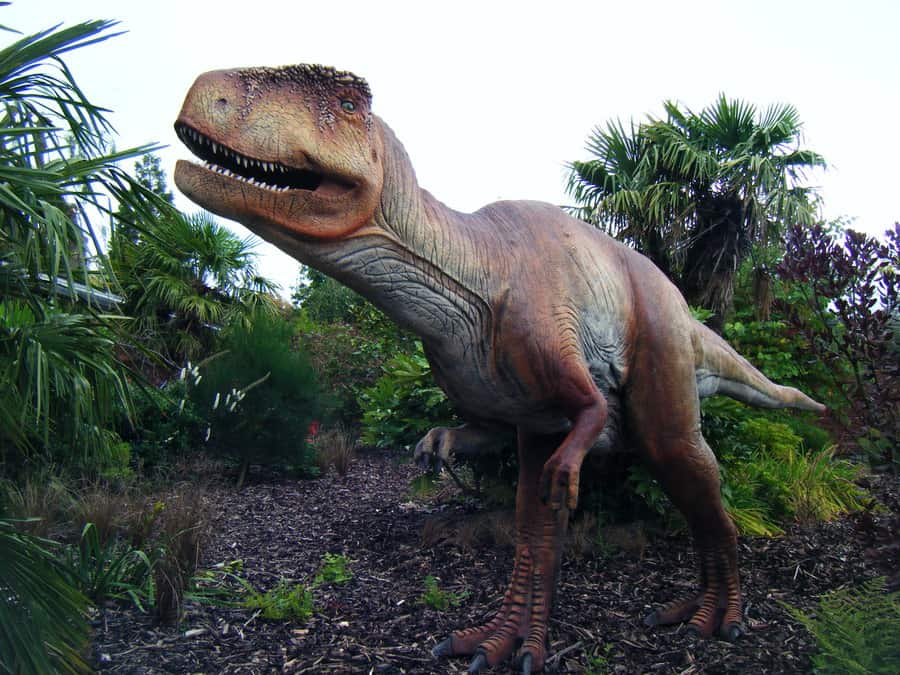 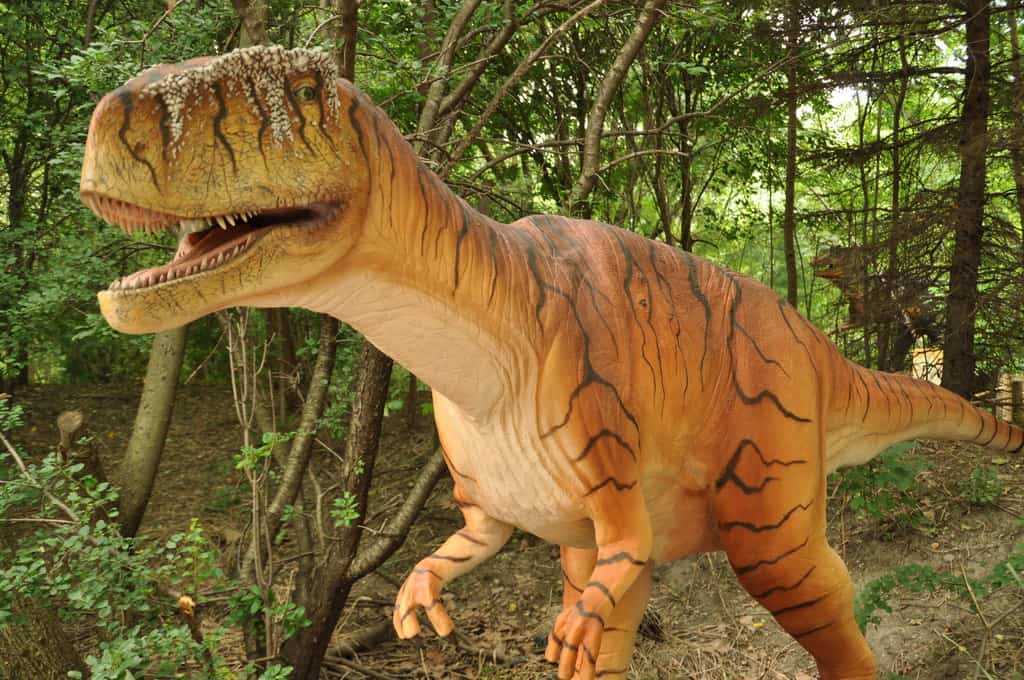 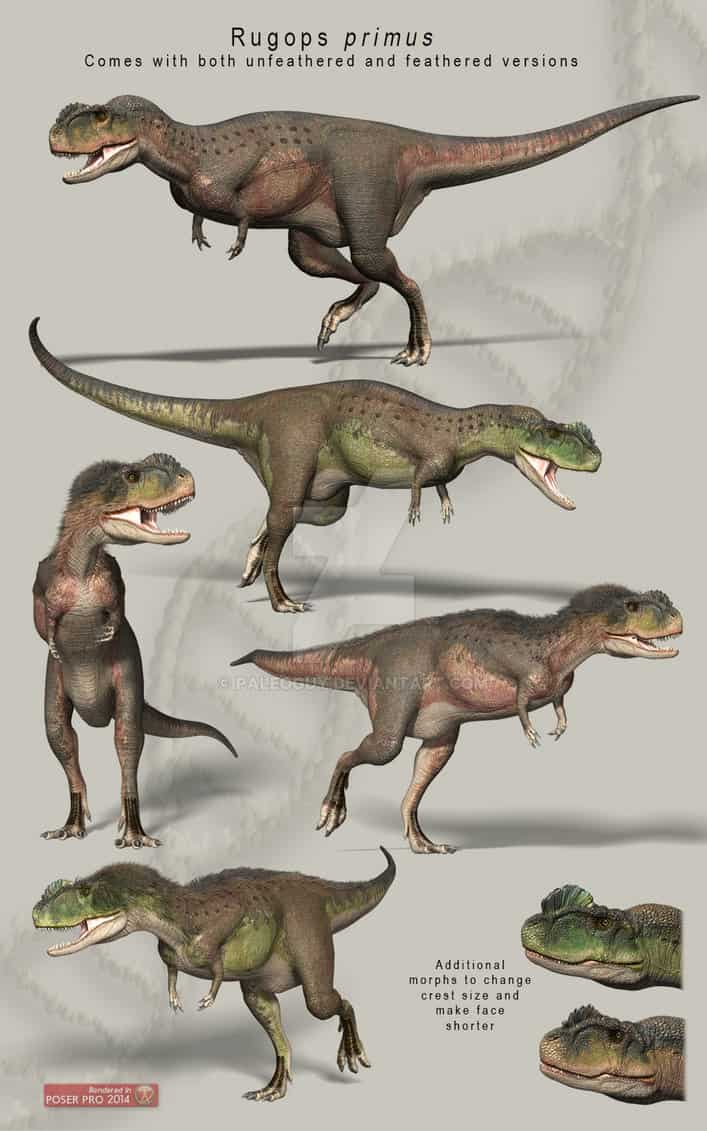