Saltasaurus was a dinosaur which lived approximately 65 to 80 million years ago during the late Cretaceous Period. It was first discovered in the Salta Province of Argentina and was later named by José Bonaparte and Jaime E. Powell in 1980. The name they chose for this dinosaur—Saltasaurus–refers to where it was found and literally means “lizard from Salta.”

An interesting fact about Saltasaurus is that it was the first armored sauropod. Before this dinosaur was discovered, paleontologists always assumed that this type of long necked dinosaur used their tails to fend off predators. However, this dinosaur was a bit different. All over its body was bony knob-like growths. This would have made this dinosaur really hard to eat. Now couple that with the fact that it also had a tail that could be used as a weapon, and it begins quite clear that these dinosaurs were far from being prey to carnivores.

This dinosaur was an herbivore that likely required a large amount of food to keep it running. Most likely, they ate around at least 400-500 pounds of vegetation a day. Vegetation that probably included cycads, seed ferns, gingkos and other low lying plant matter. And because it needed so much plant material on a daily basis, it had a barrel shaped body that seemed perfectly shaped to handle all of those greens. 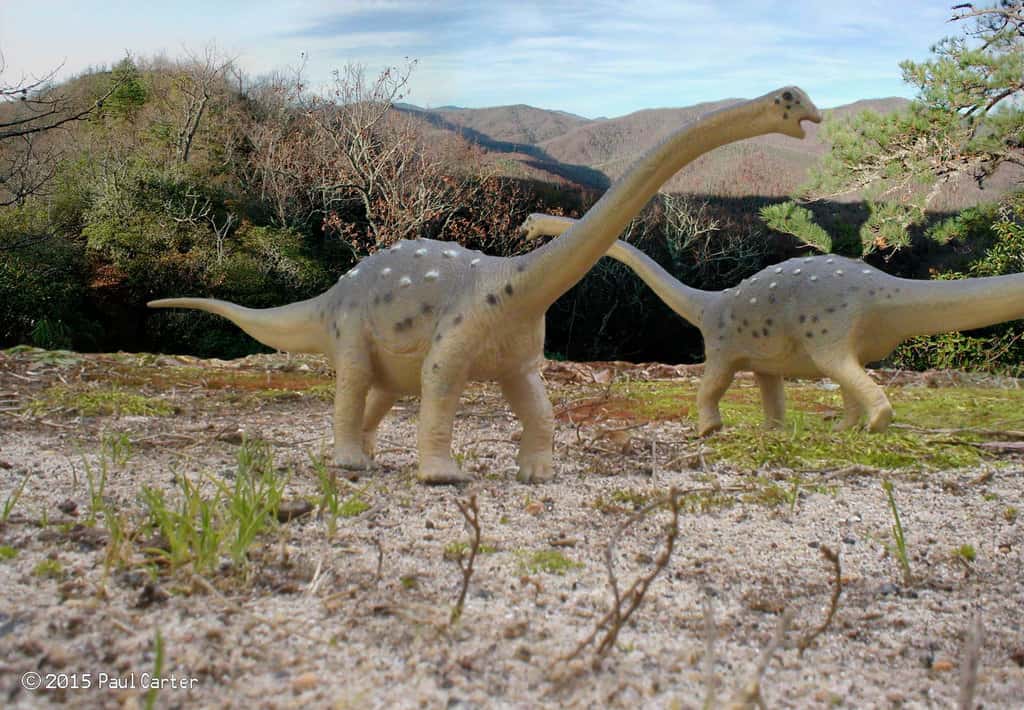 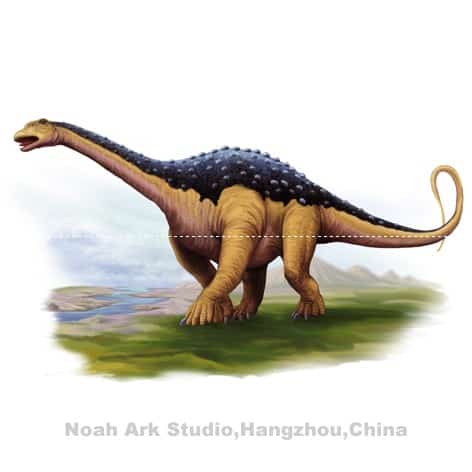 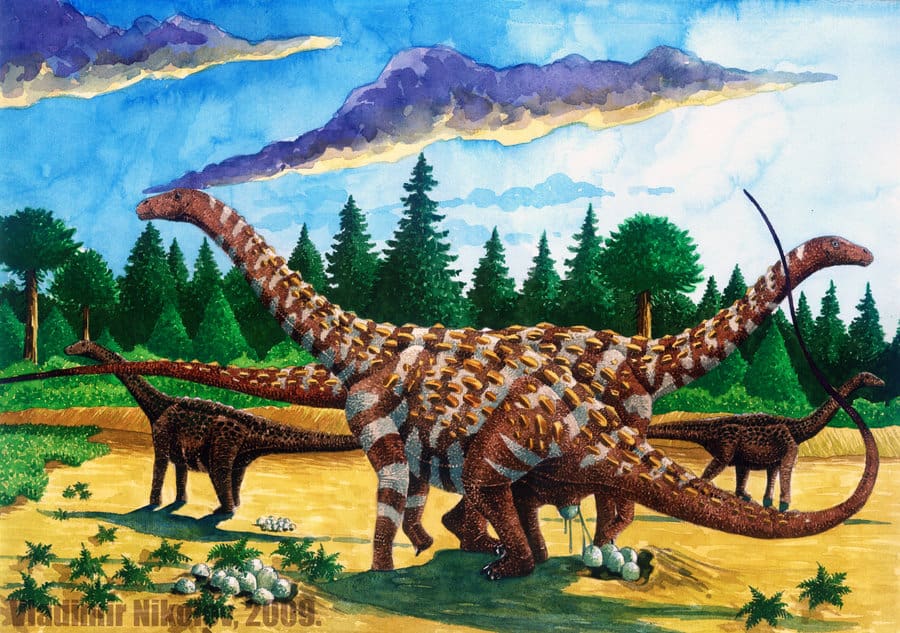 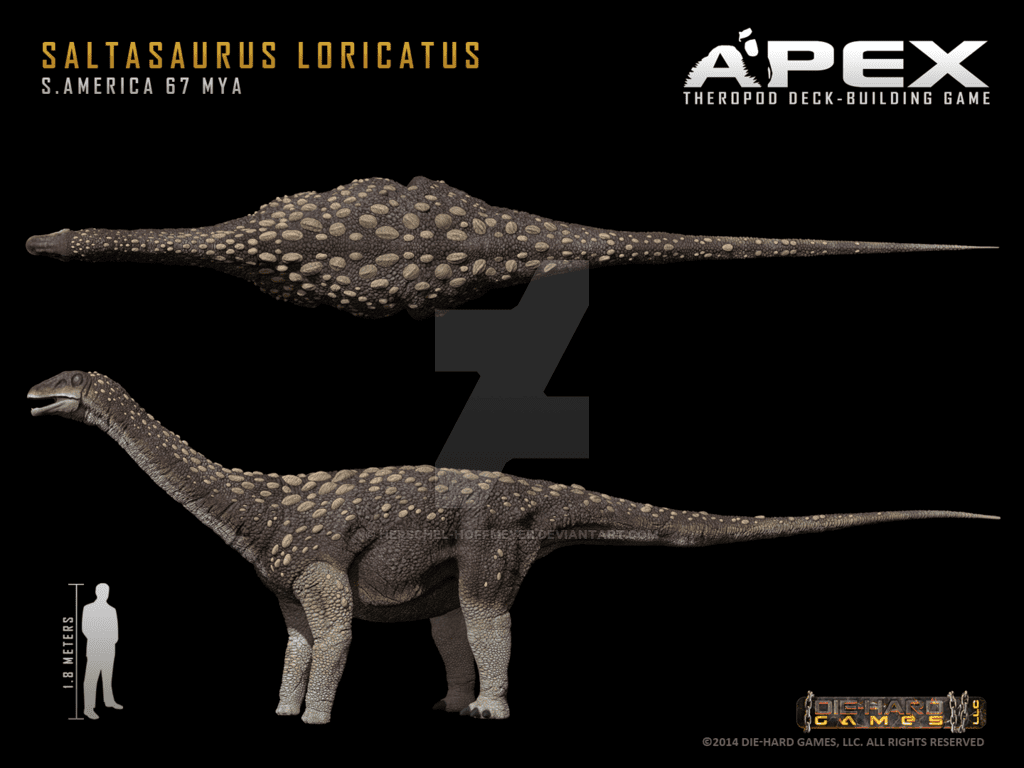 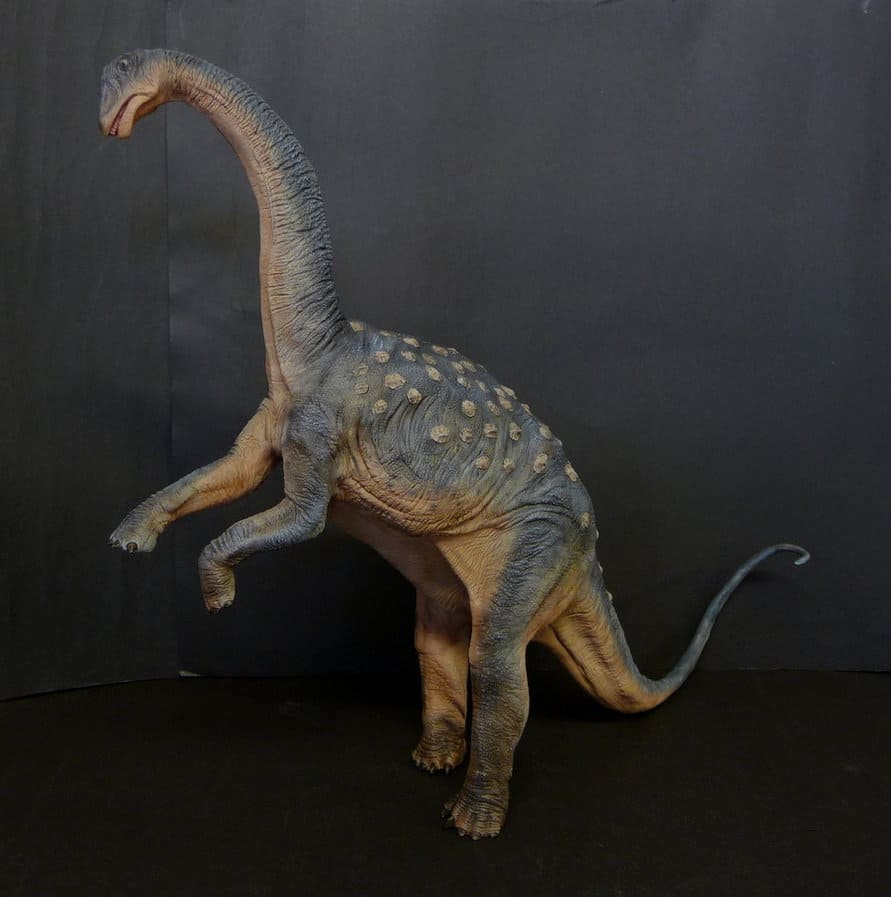