Shunosaurus was a dinosaur that was discovered by paleontologist students working in the Lower Shaximiao Formation in the Sichuan Province. It is named after the area it was found in. The name literally means “Dinosaur from Sichuan.” This dinosaur is estimated to have lived approximately 170 million years ago during the middle Jurassic period.

If you look at Shunosaurus pictures, then you may come to the conclusion that this dinosaur is just another sauropod from the Jurassic era. However, while it is a sauropod it differs immensely from the sauropods of the late Jurassic period that lived in North America. Those dinosaurs had longer necks and were generally bigger animals.

A couple of interesting Shunosaurus facts is that this dinosaur was around 40 feet long and weighed around 3 metric tons. That’s as long as 4 cars placed end to end and was as heavy as 2 giraffes put together. Not the largest sauropod by any stretch of the imagination, but still a pretty big creature.

This dinosaur had a thick and heavy body that offered it some protection from some of the predators of the day. It also had a heavy tail that had a bony club and two spikes at the end of it. This would allow the dinosaur the ability to scare off its enemies and if it had to, use its tail as a weapon. Some of the carnivores that it would have to protect itself from would include: Gasosaurus, Jiangjunmiaosaurus and Kaijangosaurus. All very formidable carnivores in Asia during that time.

Paleontologists believe that Shunosaurus was an herbivore that fed off of the tops of trees. Which means that it probably fed off of conifers, Glossopteris and other forms of Jurassic trees that may have been available in the area. It may have also browsed ground plants like horsetails or ginkgo plants. 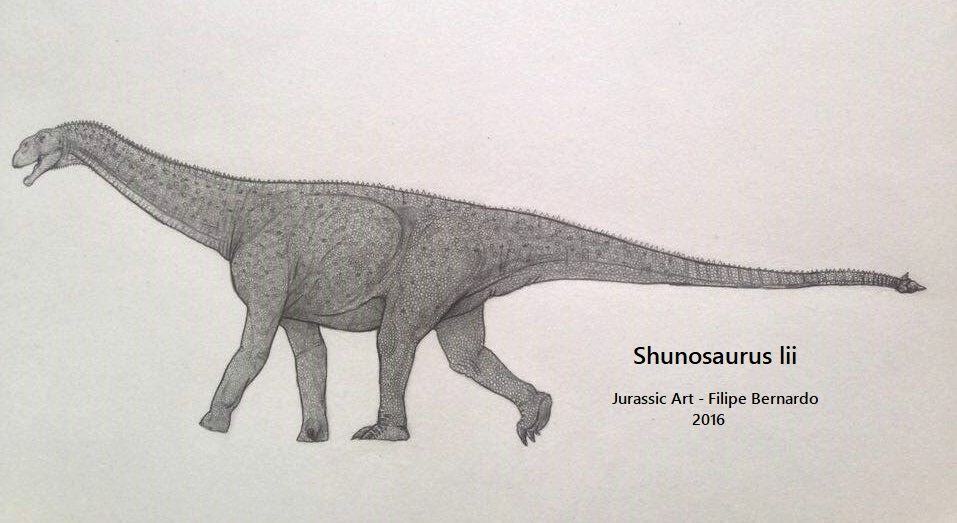 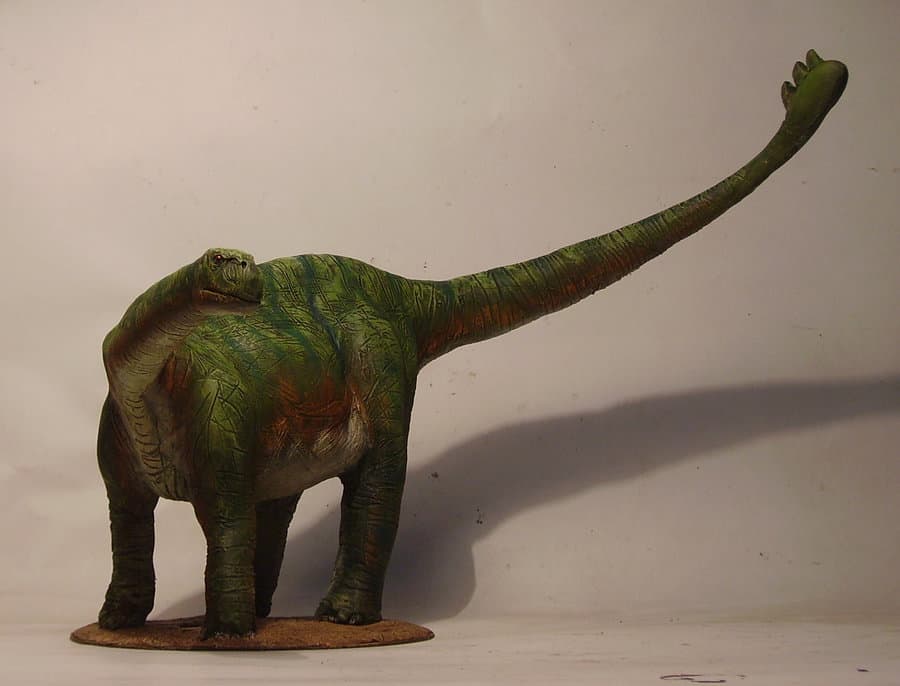 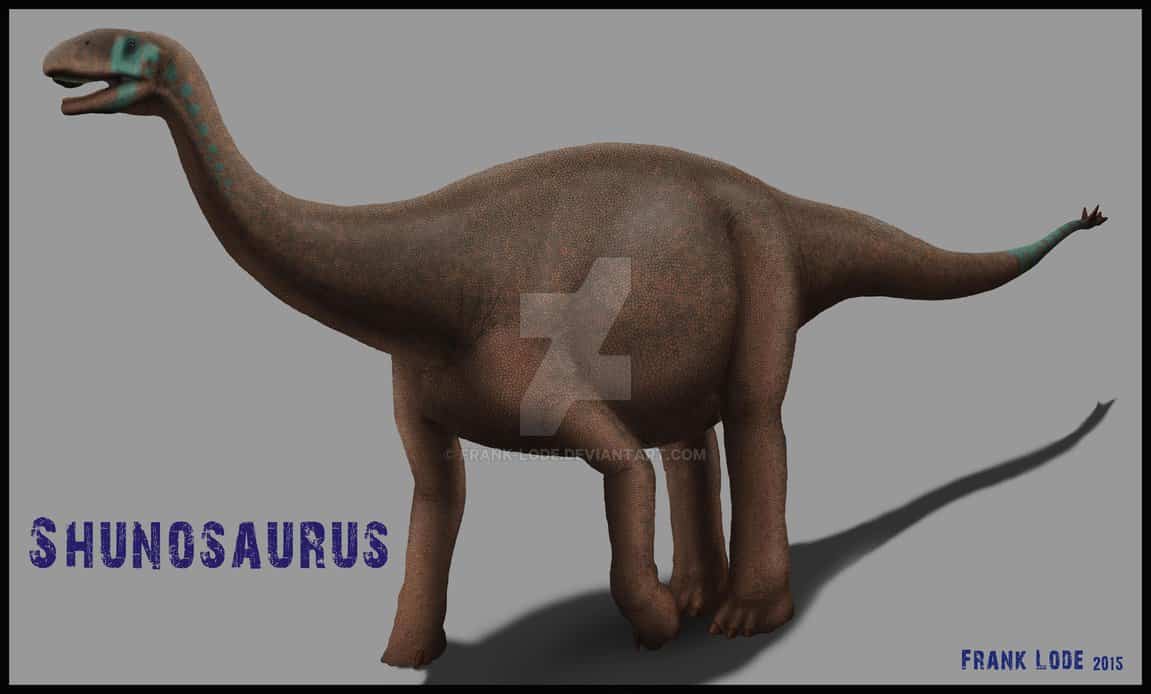 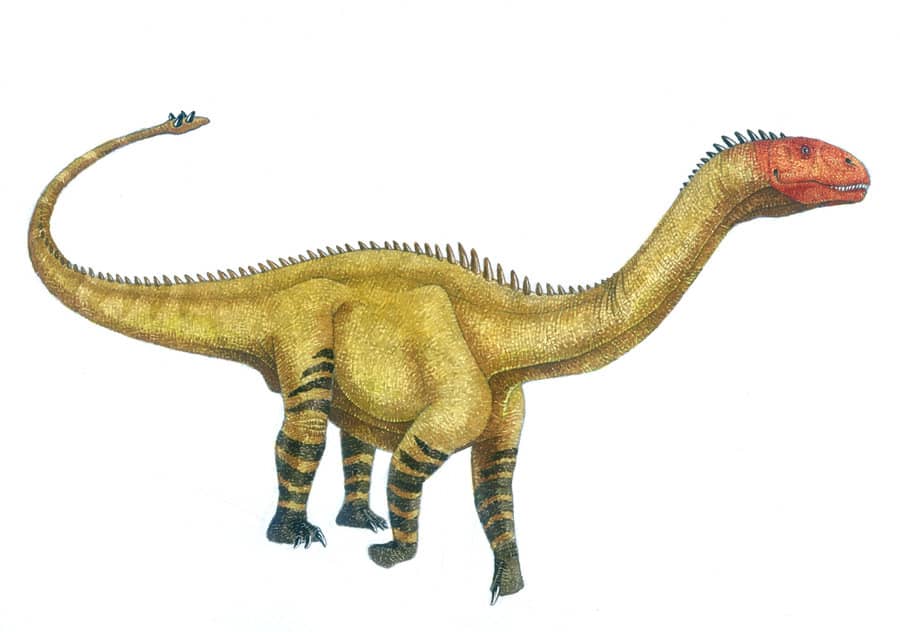