Sinosauropteryx is a dinosaur that was first discovered by Chinese farmer Li Yumin in the summer of 1996 in Sihetun, Liaoning Province, China. This dinosaur lived during the early Cretaceous period – about 121 to 135 million years ago. Its name translates into either “First Chinese Dragon Feather” or “China Dragon Bird.”

If you look at most Sinosauropteryx pictures, then you’ll quickly notice one of the main features of this dinosaur: the fact that it had feathers. It had a very basic feather (called a proto-feather). However, that doesn’t mean that it was a bird. No, it was actually a small therapod dinosaur. The feathers were only used as insulation to keep it warm and not for flying.

Some interesting Sinosauropteryx facts include the following measurements of this dinosaur: It was 4 feet long, 11.5 inches tall (at the hips) and weighed about 5.5 pounds. It was a dinosaur that walked on 2 legs and most likely could run at very fast speeds. Some scientists have estimated that this dinosaur was able to run about 40 miles per hour. That’s as fast as a greyhound!

This dinosaur was the first one to ever have its color described by scientists based on evidence they found on the fossils themselves. Some fossils have shown an alternating pattern of light and dark bands on its tail. At first, this was disputed by other paleontologists who said the pattern was caused by how it was removed during the dig. After examining fossilized feathers, it was proven that this dinosaur did preserve melanosome cells (cells that give feathers their color).

It is believed that Sinosauropteryx was a carnivore and lived off a diet of small lizards and mammals. In fact, this dinosaur was the only dinosaur discovered to have had a mammal in its stomach. Unfortunately, paleontologists couldn’t identify just what kind of mammal it had eaten. 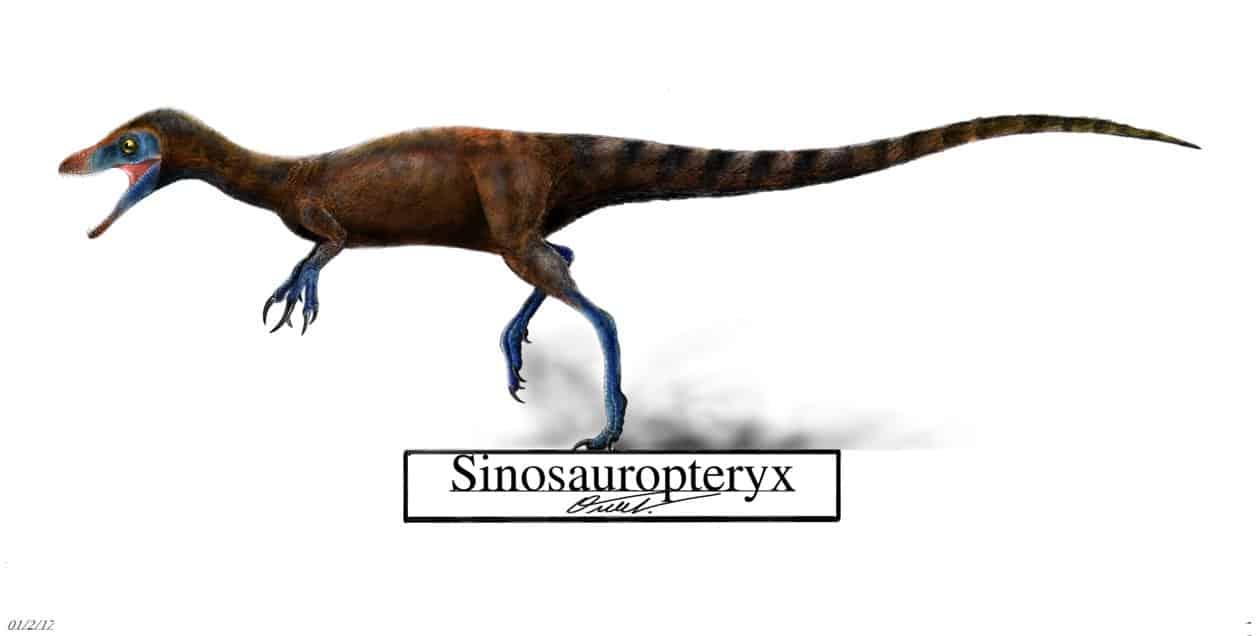 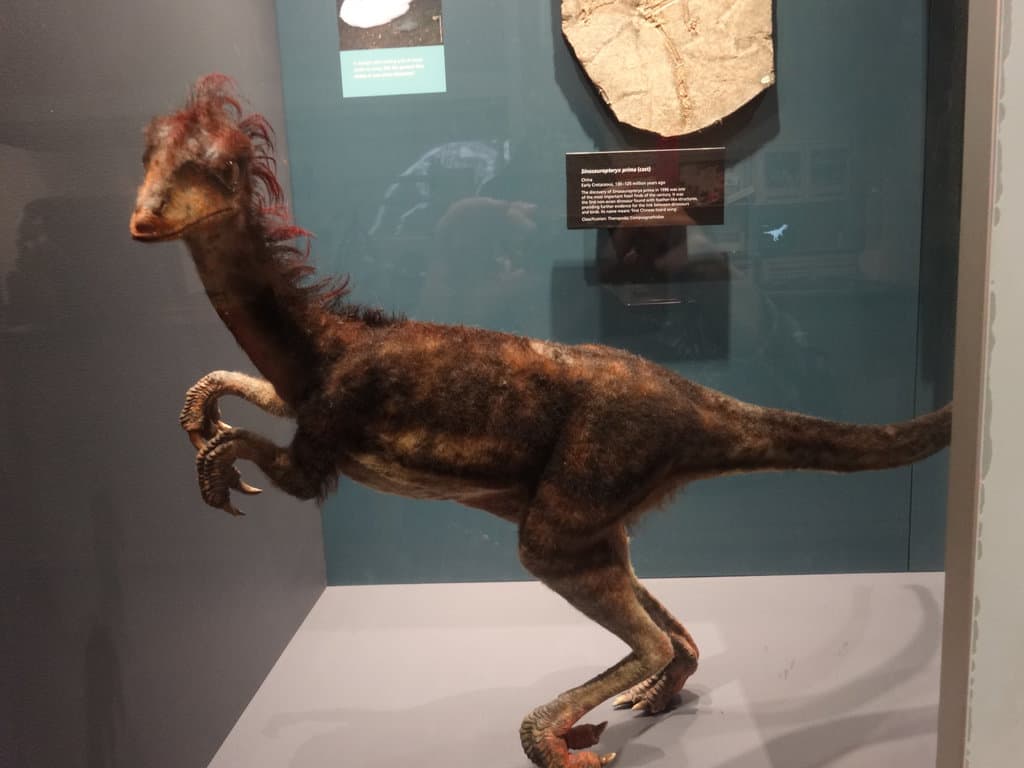 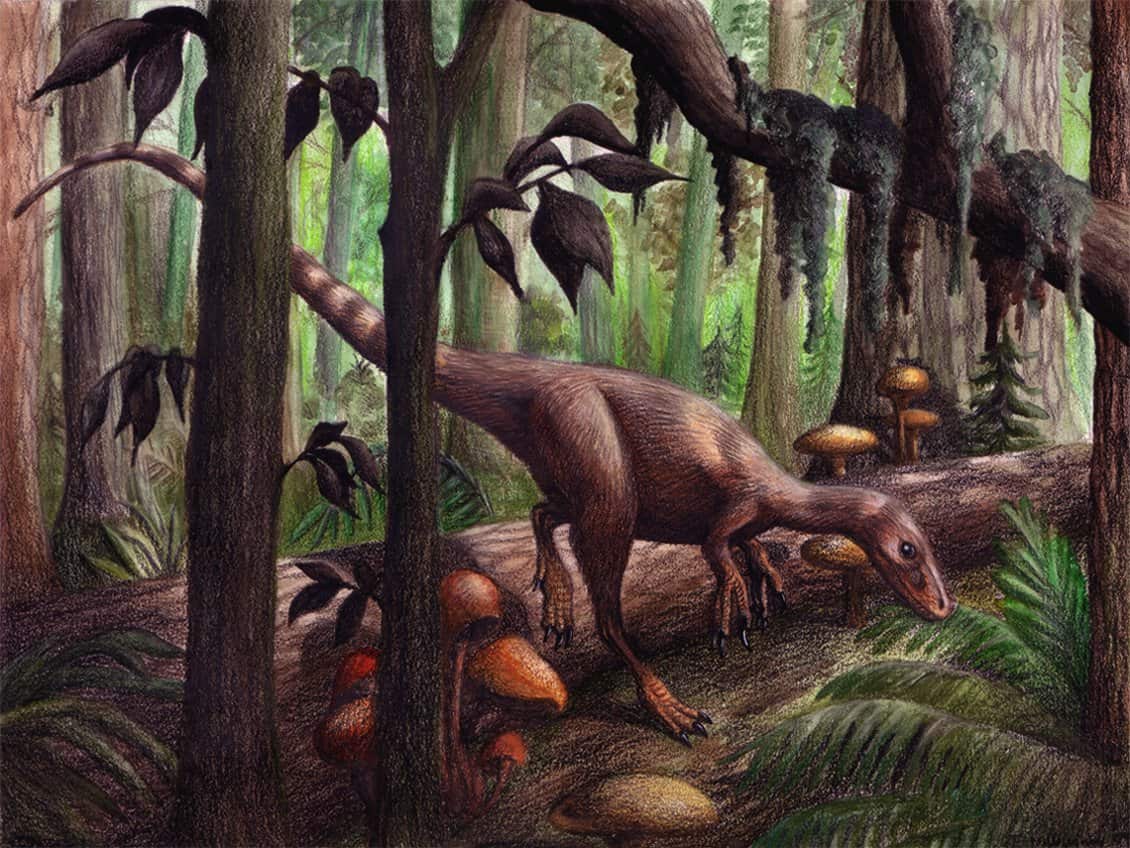 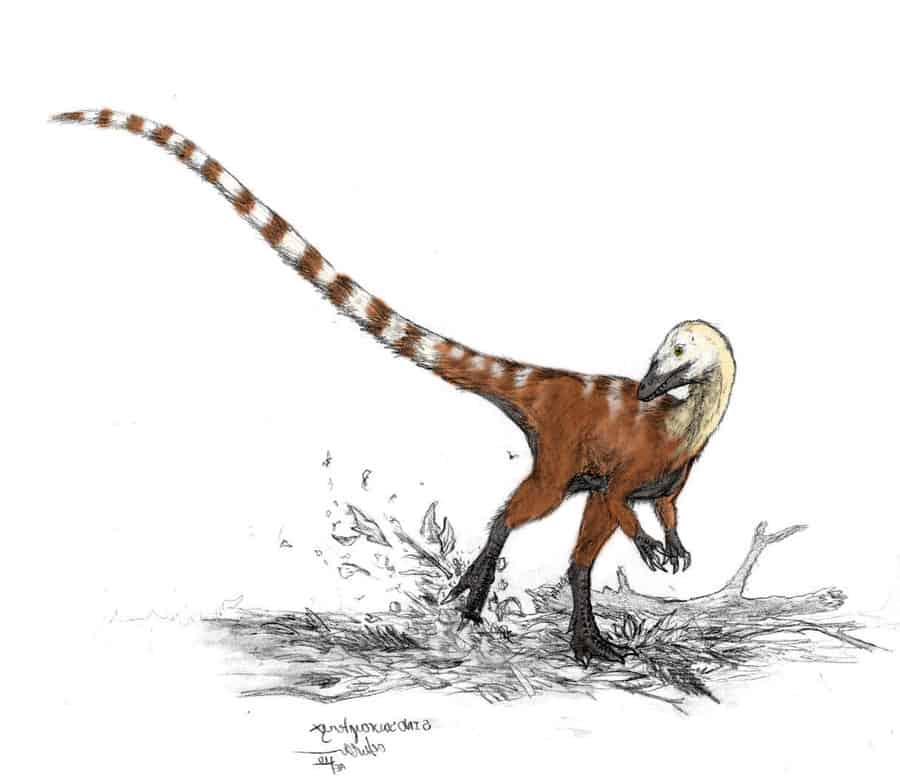 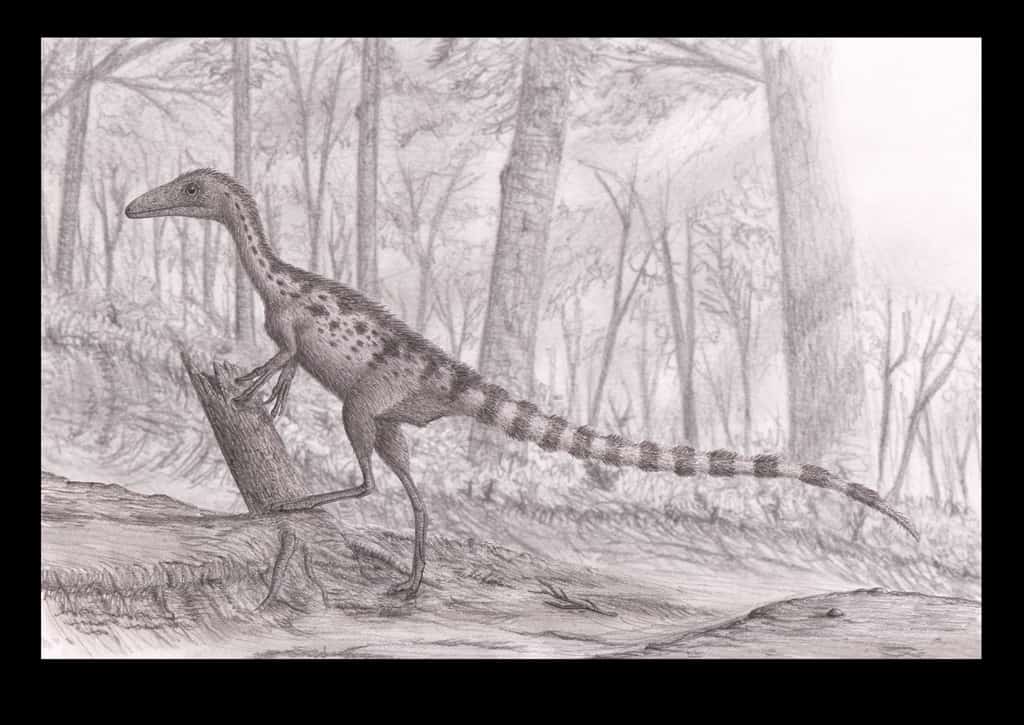 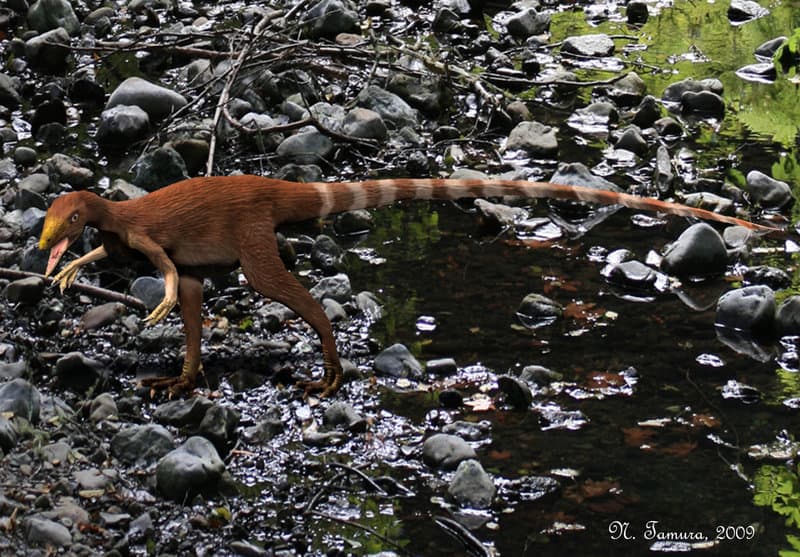 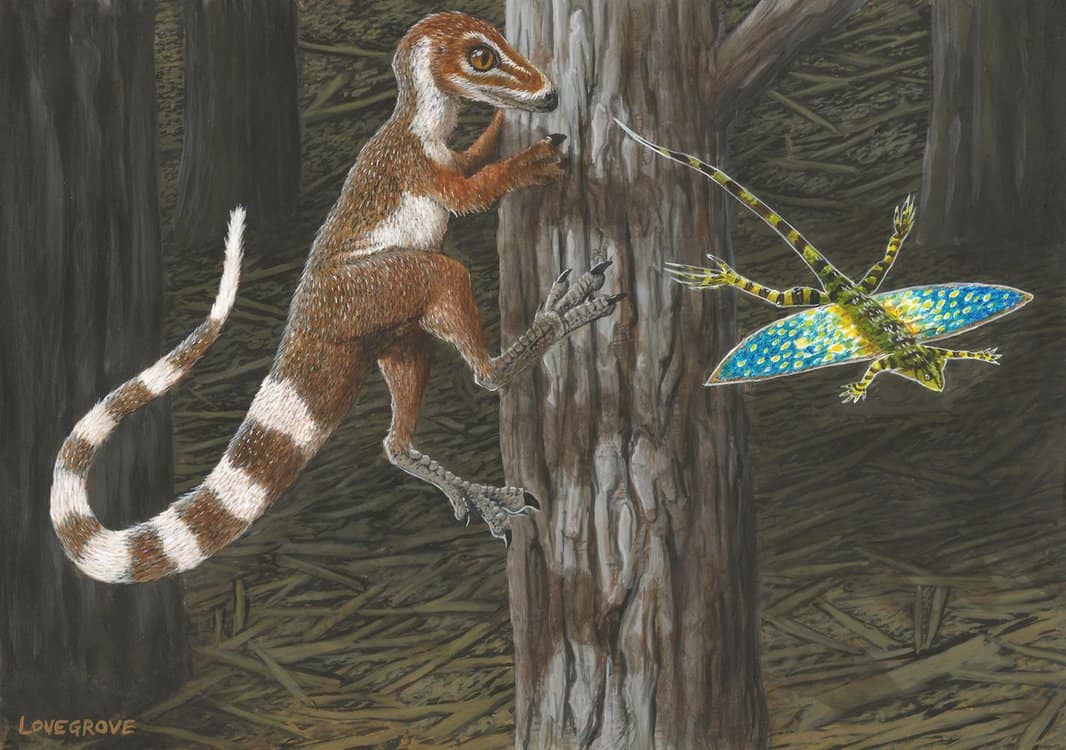 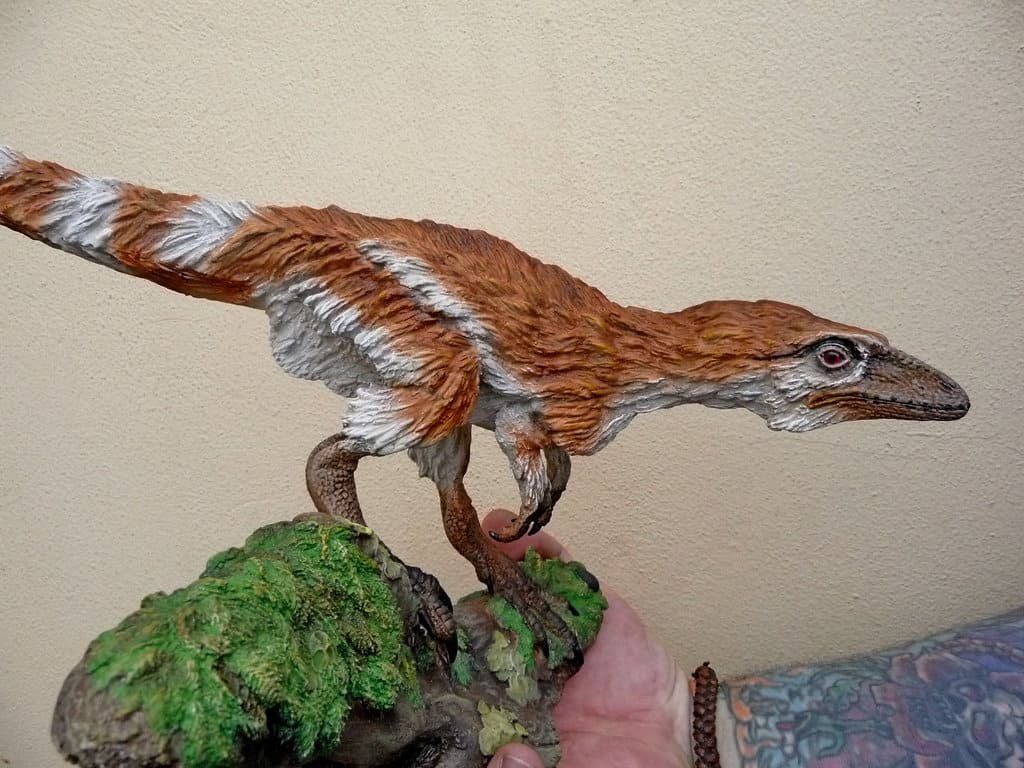 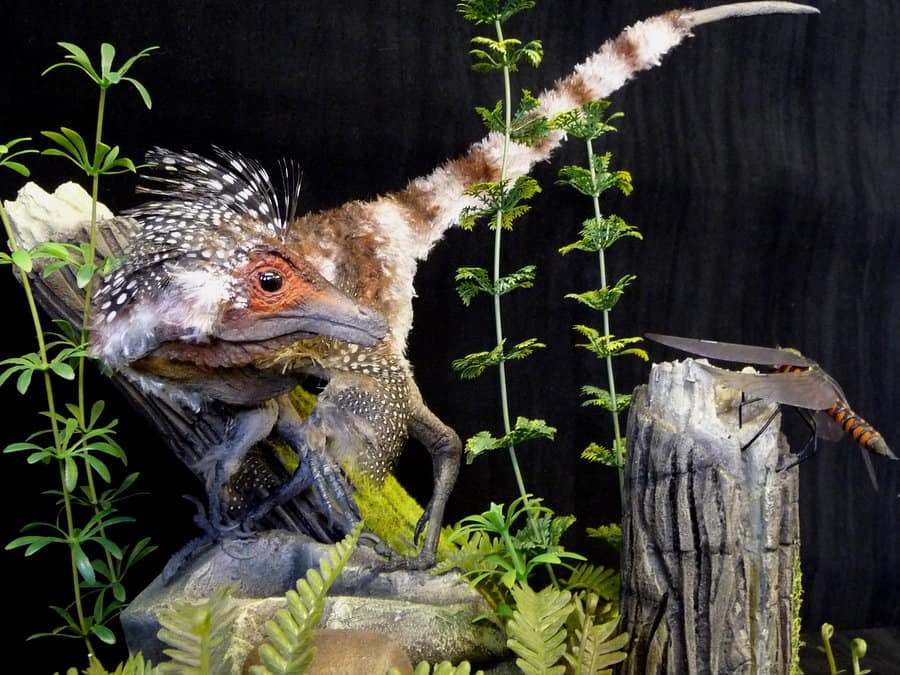