Styracosaurus is a dinosaur which lived approximately 75 million years ago during the late Cretaceous Period. Its name means “spiked lizard” and it was first discovered in 1913 by Lawrence Lambe near what is now Alberta, Canada. Since that initial discovery, several fossil finds of this dinosaur has been found, including a mega-bone yard of about 100 Styracosaurus dinosaurs that was discovered in Arizona.

Styracosaurus was approximately 16-18 feet long, 6 feet tall at the shoulders at weighed around 3 to 5 tons. It was an herbivore that had a frill that emanating from the back of its skull. This frill had 6 spikes that came out of the edge of it. It also had a nose horn, and 2 smaller horns that were over its eyes. All of these horns probably provided this herbivore with the defense capabilities it needed to fend off predators.

Like other herbivores of this time, this dinosaur was more than likely an animal that traveled in herds. This theory has gotten some traction over the past few years as paleontologists have found many fossil finds of large groups of this animal together. If this was indeed the case, then this behavior would have given these dinosaur’s enough of an advantage to be quite successful against most predators as traveling in groups allows individual animals to remain safer against predators. Especially since all of the animals in this herd would be equipped with horns.

It is also quite possible that these dinosaur’s laid their eggs in nests and took care of the clutches like birds. This behavior has been shown in other dinosaurs of the time. 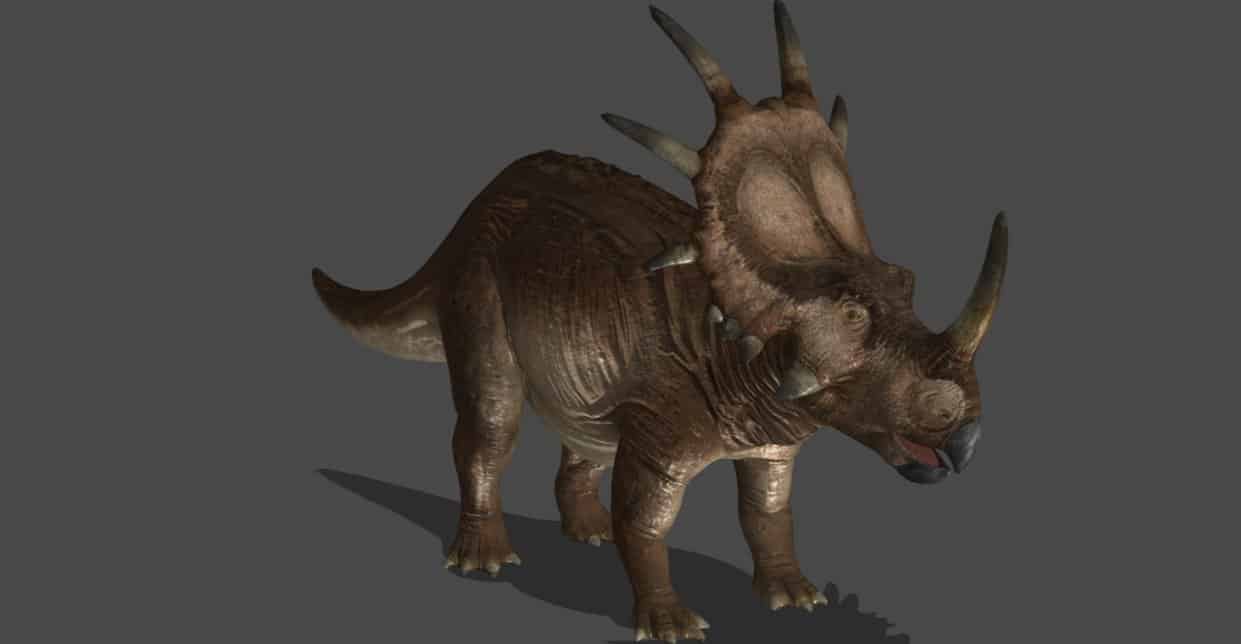 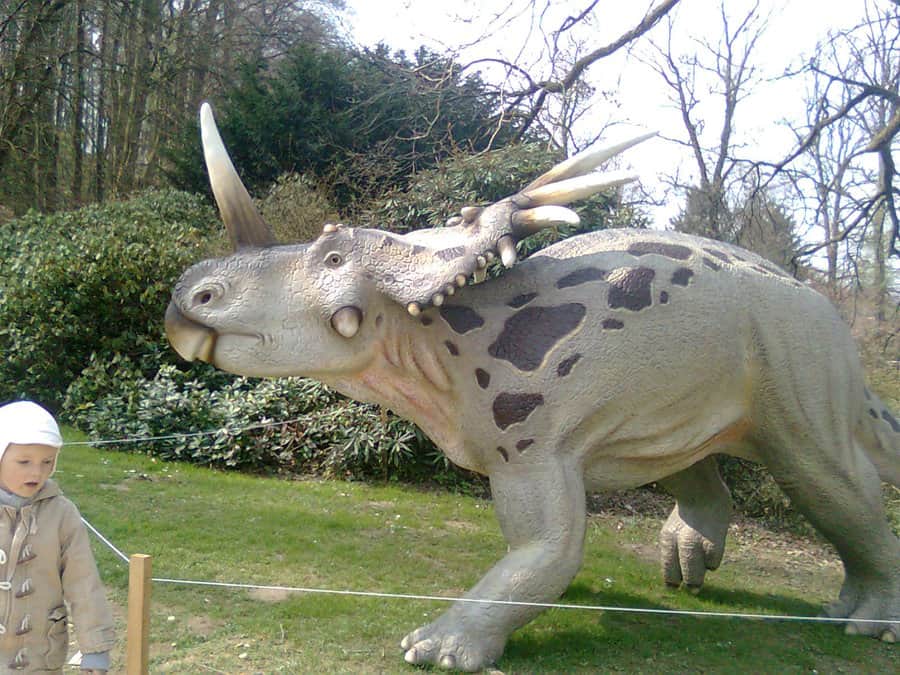 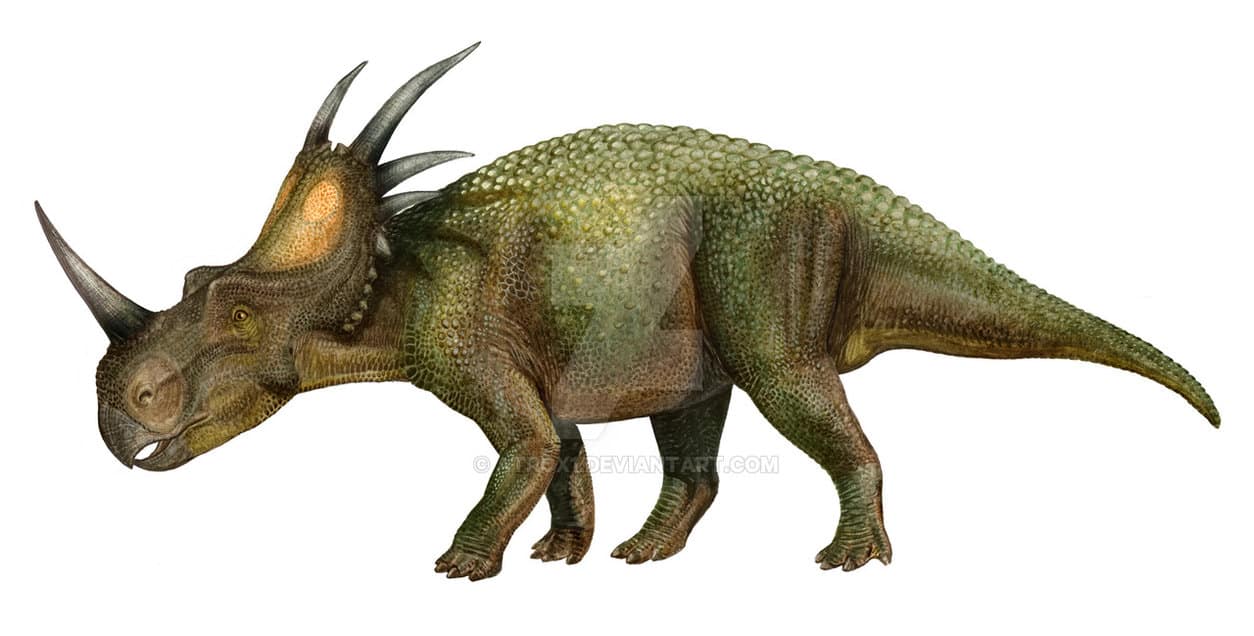 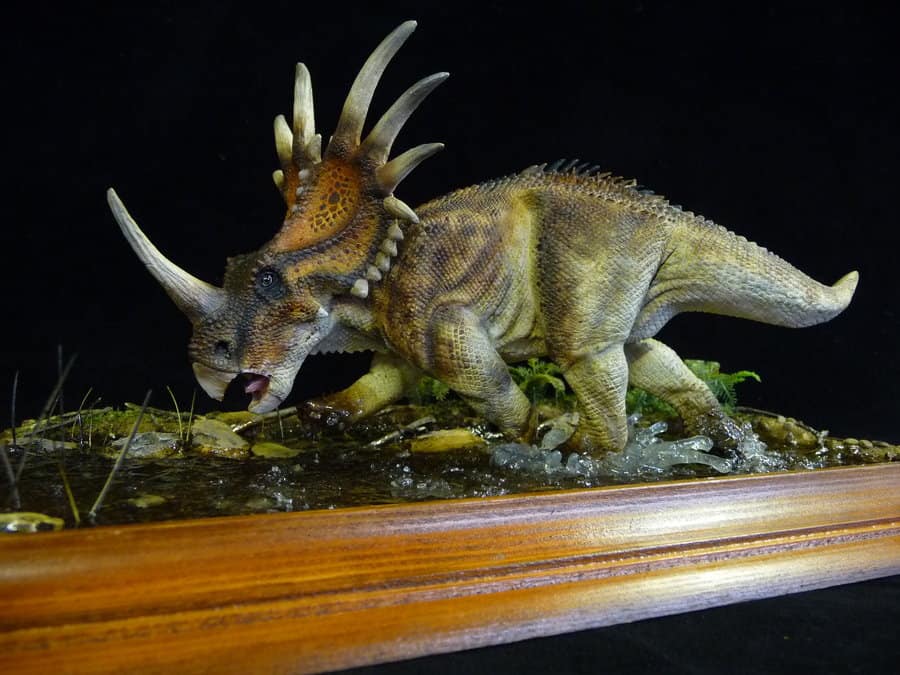 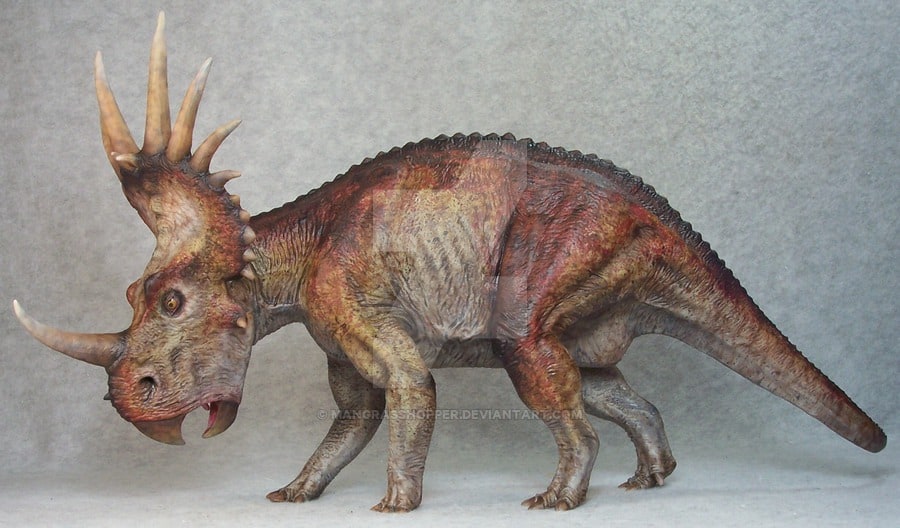 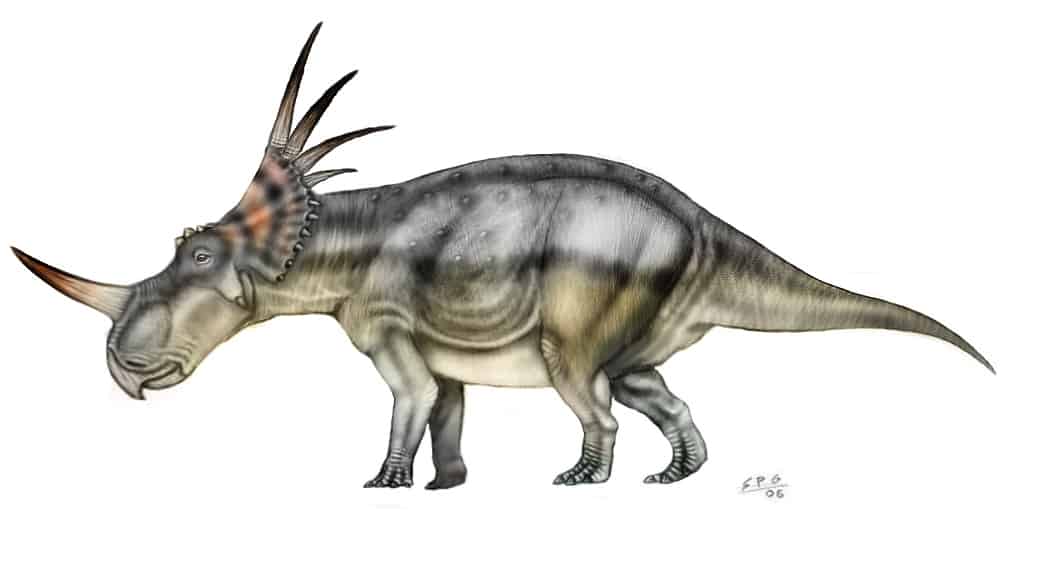