Suchomimus is a dinosaur which lived approximately 120 million years ago, during the Middle Cretaceous Period. It was first discovered in 1997. On December 4th of that year, David Varricchio found a giant thumb claw which belonged to this dinosaur. That discovery prompted Paul Sereno to do a more extensive search for this dinosaur’s fossils. This led to the discovery of the four hundred bone specimen that was eventually found in Niger, Africa. It was eventually named in 1998 by a team of paleontologists that included Paul Sereno, David Varricchio, Allison Beck, Jonathan Marcot, Christian Sidor, Didier Dutheil, Rudyard Sadleir, Boubacar Gado, Oliver Walter Mischa Rauhut, Gabrielle Lyon, Jeff and Gregory Wilson and Hans Larsson. The name they decided on was Suchomimus, which means “crocodile mimic.”

This dinosaur was about 36 feet long, 12 feet tall at the hips and weighed around 5 tons. An interesting fact about Suchomimus is that it’s named “crocodile mimic” because its skull is very much like the skull of a crocodile. It has a long, conical snout that contained over 120 teeth and seemed perfect for catching fish with. It also had huge claws that seemed like they would work well for holding fish for it to eat. Therefore, it is pretty safe to assume that the main diet of this dinosaur was probably fish. Although it is likely that it also lived off carrion and other forms of opportunistic meals. A strange diet indeed considering the availability of prey that also existed during that time, particularly sauropods and other herbivores. However, its slow moving speed may have prevented it from pursing such hunting opportunities. 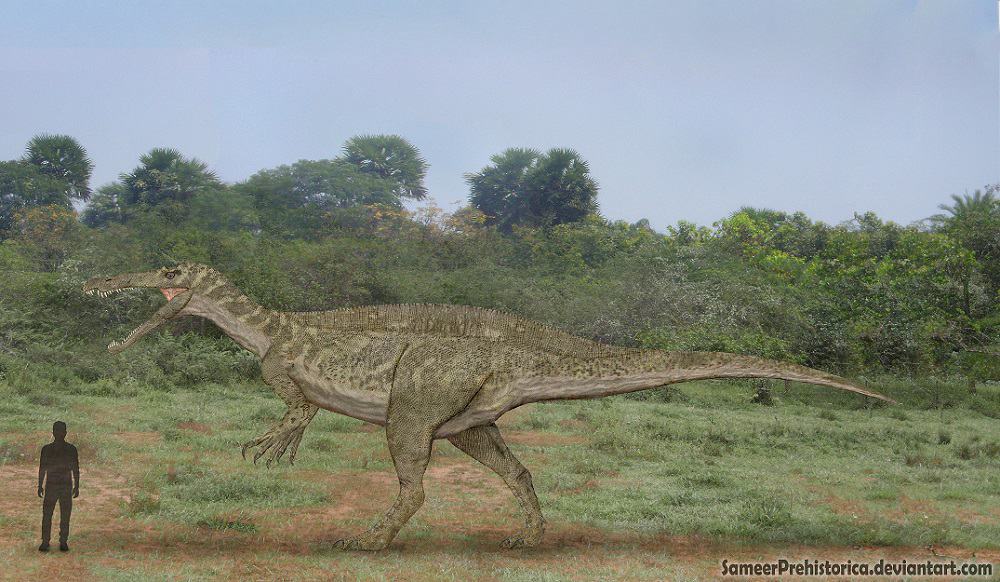 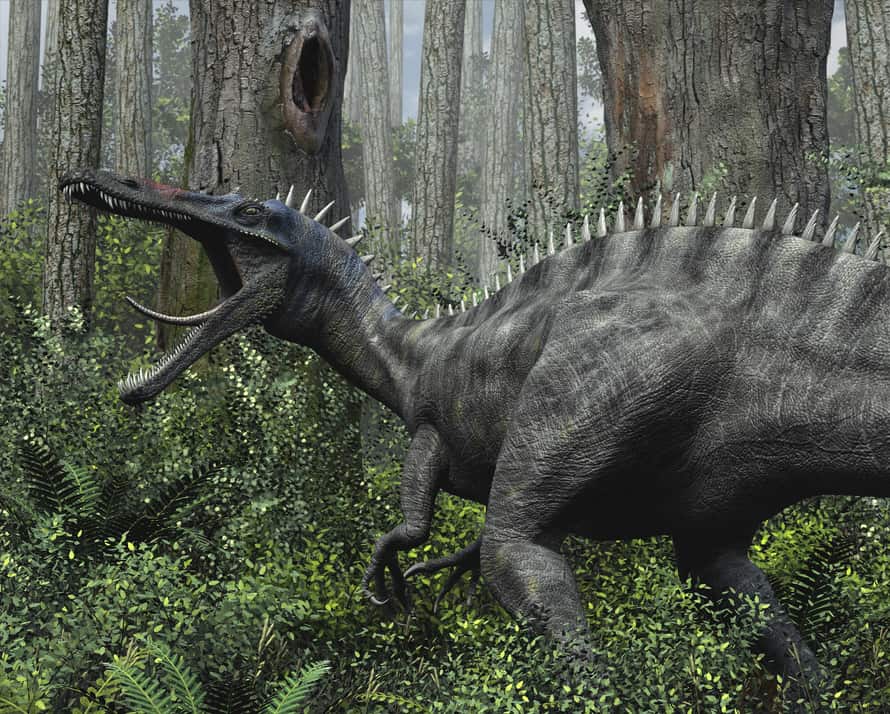 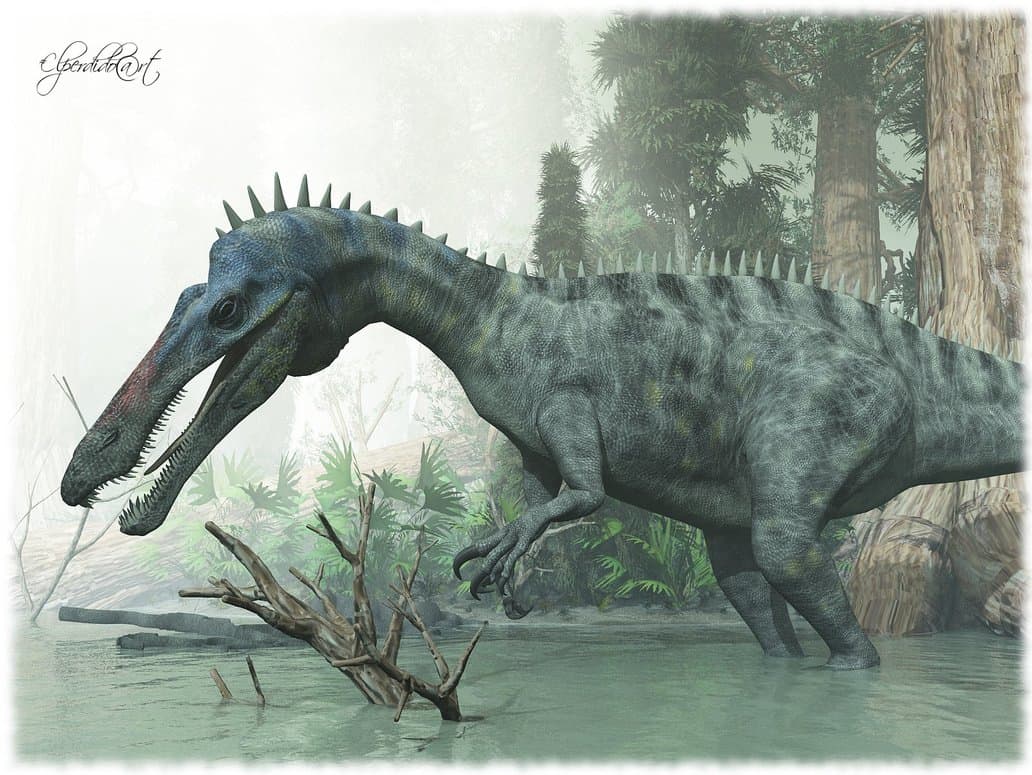