Tetrapodophis is an extinct snake which lived approximately 120 million years ago during the Early Cretaceous Period. It is currently unknown when it was originally discovered, but it supposedly was discovered decades ago in Ceará, Brazil. However, it wasn’t named until 2015 when it was named by David Martill. Its name means “four-legged snake.”

One of the most interesting facts about Tetrapodophis is that there is a little bit of controversy surrounding its fossils. One thing that complicates it is that it is currently unknown where exactly it came from. It has been said it was discovered in Brazil several decades ago, but the no one knows who discovered it. And it is also unknown how it ended up on a limestone slab in Germany when David Martill discovered it there and named it. Which means it is either really a four-legged snake from the Cretaceous period or it is a hoax.

If you look at Tetrapodophis pictures, then you’ll clearly see that this animal had 4 legs – if this snake is real. You’ll also notice that it was about a foot long and weighed under a pound. More than likely, it was too small to prey on animals – even small ones – so it may have been an insectivore.

While the validity of this fossil is still somewhat in debate; it could be an important fossil if it is discovered to be real. If it is real, then it would be an evolutionary link between the precursor of snakes and the two-legged snakes that lived during the Late Cretaceous Period. Unfortunately, it is just too early to tell. Until it is either proven to be a real fossil or proven to be a fake, all we can do is wait and see. 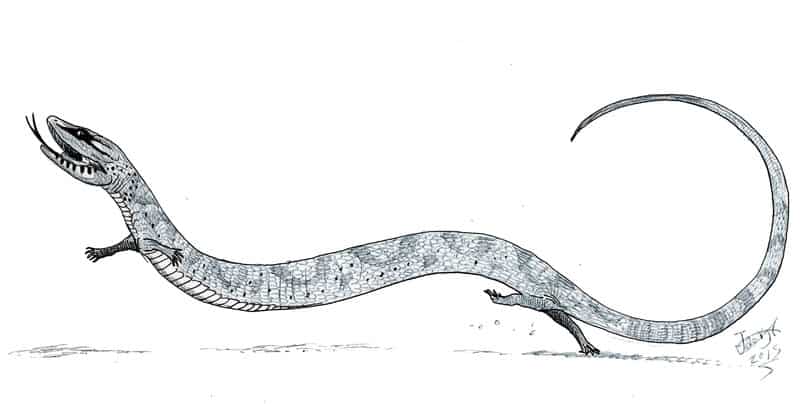 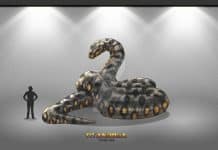